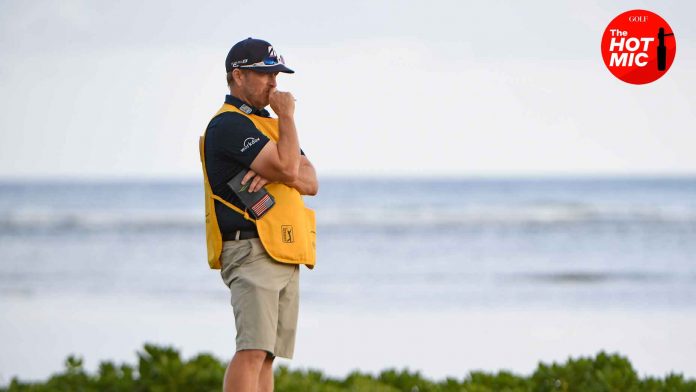 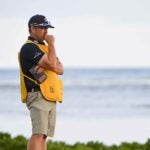 Former PGA Tour looper John Wood has paced the fairways with ease through his first few weeks as an on-course analyst for NBC Sports, peppering insight and wit in anecdotes and observations between shots. For viewers, there’s been just one small hiccup.

Wood’s voice is nearly indistinguishable from that of his NBC caddie counterpart, Jim “Bones” Mackay.

“It must be how we learned to talk as caddies,” Wood told GOLF.com with a laugh. “I never heard that before, but I’m hearing that now.”

Of course, that Wood and Mackay sound similar is not of particular concern to either. While poor television performance is often associated with lacking identity and individuality, the former caddies’ problem is quite the opposite. Both are bubbling with charisma and enthusiasm, both have unique perspectives they share readily, both are adept at snatching the audience’s attention. Wood and Mackay simply happen to sound similar behind the microphone — in their intonation, excitement and analysis.

At first blush, the comparison between Mackay and Wood is amusing, endearing even. But the two caddies are not putting on an act. Both men share a common worldview and project it in remarkably similar ways. They have a unique capacity to comprehend and quickly analyze the events unfolding in from of them. These skills made them both successful caddies, and it’s what will make both successful broadcasters, should they choose to continue down that path.

“What I’m trying to do is maybe get a deeper into the conversation and the decisions they’re making,” said Wood, who has been an occasional GOLF.com contributor. “I think caddies’ minds are constantly going. All day long, we’re thinking ahead. I’m trying to tell the audience what’s really going on in their head, and what the decisions are and the ramifications of each decision.”

While Wood and Mackay both owe some of their rare broadcast talent to their former profession, a good deal of credit belongs to NBC Sports lead producer Tommy Roy. It was Roy who steered the two loopers toward the microphone back in 2015, when he first recruited them as on-course analysts.

Later that year, Wood and Mackay took to television together for the first time at the RSM Classic.

“Tommy had this idea and he brought it to us way before the event and asked if we were interested and we were, and it was just a matter of finding the right fit,” Wood said. “He set it up just to see what would happen and we did Friday and Saturday and got good feedback from it.”

Roy knew he was onto something with the two caddies, and encouraged both to remain in touch about future opportunities. In 2017, after splitting with Mickelson, Mackay came calling, and Roy jumped on the opportunity. Within days, NBC had taken Mackay from star looper to full-time analyst.

But Wood stayed on Matt Kuchar’s bag for several more years, sticking by his side for a pair of PGA Tour wins, a Ryder Cup victory and a runner-up finish at the Open Championship. Then, at the beginning of 2020, player and caddie parted ways, opening a window for Wood to pursue his next career.

“I always had it in the back of my mind that when caddying was coming to an end, if the possibility was there to do it I would definitely be interested,” he said. After a short stint caddying for Cameron Champ, Wood decided to make the move. “I had some opportunities to keep caddying, but I knew this opportunity was there to go to work for Golf Channel and NBC. I just thought it was the right time to make a switch.”

Wood dazzled in his debut at the Tournament of Champions in January and then followed that up with strong performances at the Sony Open and American Express. But he acknowledges that he doesn’t have everything figured out.

This week, Wood and Mackay will work the Genesis Invitational at Riviera, a warm-up run for some of the biggest tests on the NBC golf slate in 2021. With the U.S. Open, the Open Championship and the Ryder Cup on the horizon, the former caddies will have no shortage of big moments to deconstruct over the coming months. But they intend on being prepared and will try their best to entertain.

“I’m trying to literally have a conversation with buddies,” Wood said. “Just have that conversation as I would if we were sitting down having a beer together.” 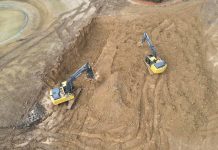 What's a bury pit? Why there might be a lot buried beneath the surface at your golf course

Editor’s Picks: 8 golf clubs that should be on your gear radar 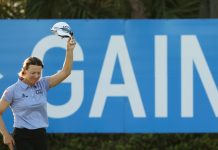 Nichols: Wouldn't it be great if Annika Sorenstam hosted the LPGA every year at Lake Nona? 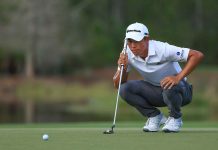 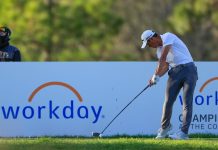 WGC: Workday Championship at the Concession: 3 things to know after Round 3 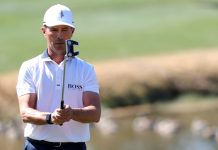 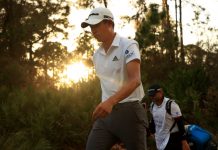 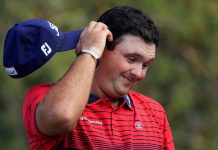 'That was brutal': Wild pin position shakes up WGC-Workday leaderboard 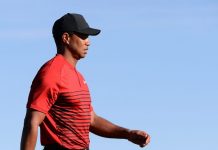 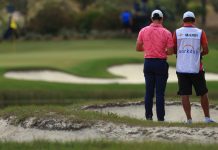 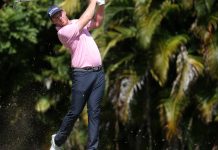