Elizabeth Warren has been making a last-ditch effort to woo black voters away from former vice-president Joe Biden ahead of the South Carolina primary vote on Saturday.

Singer John Legend headlined three events for the Massachusetts senator on Wednesday, including in key African American communities. Legend is an especially appealing surrogate to young voters in South Carolina and to African Americans, and his stump speech aligned closely with hers.

“She supports creating a commission on reparations for the descendants of enslaved people,” Legend told the crowd in Orangeburg on Wednesday, before directly contrasting her with her rivals for the Democratic presidential nomination.

“Unlike [former New York] Mayor [Mike] Bloomberg, she knows that housing discrimination through redlining has been a national tragedy,” he said, referring to the decades-long practice of US banks denying mortgages to people, mostly people of color in urban areas, preventing them from buying a house or getting a loan to renovate.

“Her housing plan creates a first of its kind program to help first-time home buyers living in formerly redlined areas buy a home and start building the kind of wealth that government-sponsored discrimination denied their parents and grandparents for decades.”

Warren faces yet another daunting political contestin South Carolina, the first state in the deep south to cast its vote in the primary race, where African American voters form a majority of the electorate. In the 2016 presidential election, 24% of national Democratic primary voters were black.

The vote comes just days before Super Tuesday on 3 March, when the candidates will be vying for more than a third of the available delegates that are key to securing the nomination – a high-stakes day that has the potential to propel one candidate to solid frontrunner status and see others drop out.

Thus far, Warren has not won or achieved the runner-up spot in any of the early state primary contests. Her best showing so far was in Iowa, where she ended up trailing the former South Bend mayor Pete Buttigieg and Vermont senator Bernie Sanders, respectively. In New Hampshire, a neighbor state to Warren’s Massachusetts, Warren placed a distant fourth, behind fellow New Englander Sanders, and the Minnesota senator Amy Klobuchar. In Nevada, Warren once again ended up in fourth place.

Biden has long courted voters in the black community, touting his record as vice-president to America’s first African American head of state, Barack Obama. But Warren is hoping that support from prominent black surrogates and some changes to her campaign will help her rank among the top-end candidates in South Carolina.

In addition to Legend, Black Womxn For, a group advocating for “intentional meeting spaces for Black Women and gender-nonconforming community leaders and activists” have been among the black surrogates who have held events for Warren throughout South Carolina.

Warren has spent much of the election race enjoying top-tier status without any association to Super Pacs or high-dollar fundraisers, instead favoring individual donors.

But just days before the South Carolina Democratic primary, the situation is different. There’s now a Super Pac, which Warren has at least declined to disavow. Warren allies, at the same time, have begun hosting more traditional fundraisers for her rather than the small-dollar, grassroots-only approach that her campaign proudly touted as its only source of fuel for months.

Warren has also been increasingly warning voters about corporate corruption and economic inequality, especially by attacking billionaire Bloomberg, who has been spending hundreds of millions of dollars to run for president. She’s criticized billionaires as part of her arguments for increasing taxes on the wealthy.

“Now, you may have heard there’s some billionaires who don’t like this,” Warren said during a campaign stop at South Carolina State University, a Historically Black College and University, in Orangeburg. “Some of them go on TV and cry. So sad.

“Some of them run for president,” Warren continued, joking “they’re discovering it’s harder than they thought.”

Lines like that still please her crowds. At the Orangeburg event the immediate response was deep laughter from the audience.

But it’s unclear whether Warren’s efforts will succeed in South Carolina.

“I think her John Legend events are good. I don’t think that is going to translate into significant African American votes or young votes,” said Clay Middleton, a South Carolina Democratic National Committee member, who highlighted that Warren had not spent a lot of time in the state until now.

“She has not, in my opinion, had a large organizing staff. Her events that she has done, her public events have not been diverse. She has not done much retail politics.”

Warren’s campaign has 40 staffers across South Carolina and has 11 offices. Warren’s campaign said she has visited the state more than a dozen times for a total of 21 days. The surrogates who have campaigned for her include congresswomen Ayanna Pressley and Deb Haaland, and she has picked up endorsements from local lawmakers including state representatives Kambrell Garvin and Wendy Brawley.

Supporters remain enthusiastic but are also realistic about Warren’s prospects. At an event in Charleston on Wednesday night Trevin Cooper, a 25-year-old Warren supporter, said he still believed “that she is the best chance this country has as far as change.

“Unfortunately I think that other candidates, Bernie Sanders in particular, has a stronger base of supporters who are impassioned in what they believe,” Cooper said.

Asked what he thought of Warren’s chances in the primary Cooper said: “I’m not really sure. I think she has in this state a chance to beat Sanders which I think is her biggest competition but I’m not sure the margin of error – it could really go either way.”

Another Warren supporter who attended the Charleston event, Jim Wilson, 70, conceded that he saw Warren’s chances of winning the state as “not very good”.

“Because according to the polls Biden has it wrapped up and probably Sanders will come in second,” Wilson said. “But I can always be hopeful.” 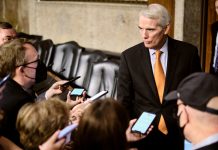 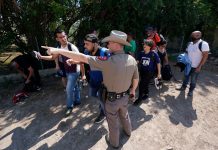 US sues Texas to block state troopers from stopping migrants 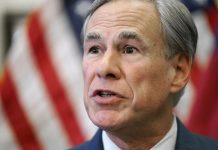 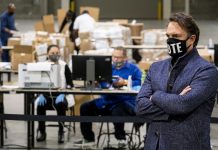 Georgia GOP starts push for takeover of local election board 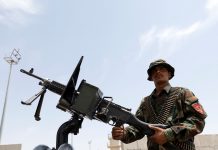 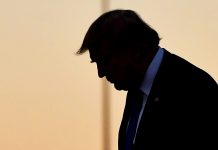 Trump tax returns must be released by IRS to Congress, Justice Department says

Biden reads ‘Sir, there is something on your chin’ note passed to him by brave aide 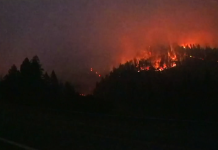