The Go! Go! Curry restaurant has a sign in the window reading “We Are Hiring” in Cambridge, Massachusetts, July 8, 2022.

Job openings surged in September despite Federal Reserve efforts aimed at loosening up a historically tight labor market that has helped feed the highest inflation readings in four decades.

Employment openings for the month totaled 10.72 million, well above the FactSet estimate for 9.85 million, according to data Tuesday from the Bureau of Labor Statistics’ Job Openings and Labor Turnover Survey.

The total eclipsed August’s upwardly revised level by nearly half a million.

Fed policymakers watch the JOLTS report closely for clues about the labor market. The latest numbers are unlikely to sway central bank officials from approving what likely will be a fourth consecutive 0.75 percentage point interest rate increase this week.

September’s data indicates that there are 1.9 job openings for every available worker. The disparity in supply and demand has helped fuel a wage increase in which the employment cost index, another closely watched data point for the Fed, is growing at about a 5% annual pace.

In other economic news Tuesday, the ISM manufacturing index posted a 50.2 reading, representing the percent of companies reporting expansion for October. That was slightly better than the Dow Jones estimate for 50.0 but 0.9 percentage point lower than September.

One good piece of news from the ISM data: The prices index fell another 5.1 points to a 46.6 reading, indicating a lessening of inflation pressures. Order backlogs also declined, dropping 5.6 points to a 45.3 reading, while supplier deliveries fell 5.6 points to 46.8 and employment edged higher to 50.

Hiring numbers have stayed solid, though they are slowing.

Friday’s nonfarm payrolls report for October is expected to show growth of another 205,000, which while strong by historical levels would represent a further deceleration after averaging gains of 444,000 for the first half of 2022 but 372,000 over the past three months.

Hiring declined by 252,000 in September, while quits edged lower. Total separations showed a sharp decline, falling by nearly 400,000 to a rate of 3.7% as a share of the labor force, down from 4% in August.

Respondents to the ISM survey indicated various pressures continuing, while abating in other areas.

“Challenges with labor and parts delivery are easing. Order levels are slowing down after pent-up demand in the previous month,” said one respondent in the transportation equipment industry.

Another, in the food, beverage and tobacco sector, noted that the “growing threat of recession is making many customers slow orders substantially. Additionally, global uncertainty about the Russia-Ukraine (war) is influencing global commodity markets.”

The Fed releases its rate decision Wednesday at 2 p.m. ET. Markets are pricing in a nearly 90% chance of a 0.75 percentage point increase, while narrowly expecting another 0.5 percentage point move in December, according to CME Group data. 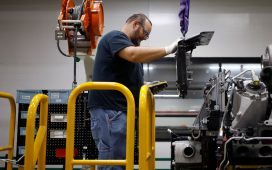 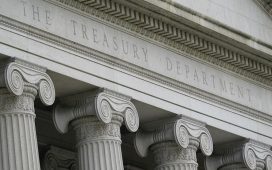 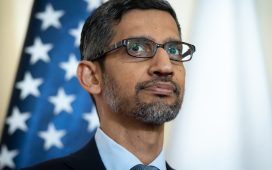 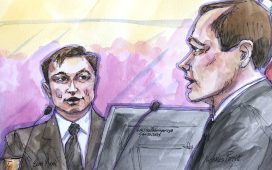