Jill Roord was described as a “special talent” by Joe Montemurro, her manager, after she continued to rise to her own pre-season challenge of finding the net consistently by scoring her second hat-trick in two games, as Arsenal swept aside a broken West Ham following the dismissal of their captain, Gilly Flaherty.

The embarrassing scoreline was perhaps another indication of a growing gap in quality in the WSL, though Arsenal – who competed in the Champions League in August – have had a head start. It was, however, another statement result for Arsenal after their 6-1 defeat of Reading on the opening weekend, and one that may quieten those who have been quick to rule them out of title contention.

Montemurro may not have recruited World Cup winners and player-of-the-year contenders in the manner of their rivals, but the defender Leah Williamson provided some pre-match food for thought. “It’s easy to look at new as shinier and maybe better,” she said. “But keeping that consistency, especially through the spine of the team, is really important and the key to success sometimes.”

The presence of fans, who trickled to the pilot event, along with the sun and a relaxed Montemurro reading a book in the stands before the match had ensured an initially calm and slightly jovial atmosphere, but it was quickly shattered by an intensity that had also been present in the five previous meetings between these teams.

It did not take long for the pace of Adriana Leon and Alisha Lehmann on the wings to test the Arsenal defence, with the England forward Rachel Daly’s physical presence up front epitomising a rough-and-tumble intent. The home team racked up three bookings early on.

Frustrated by the pace of the game, Montemurro could be heard shouting to his players to slow things down. In the 23rd minute the Gunners found a breakthrough via Roord, who picked up the early substitute Katie McCabe’s pinpoint delivery and guided it into the far corner. West Ham’s reply was quick. After a scrappy round of keep-ball in the box Kenza Dali collected possession on the edge of the area, opened her body up and smacked an effort into the bottom corner.

As if angered by the goal, Arsenal poured forward with intent. Jordan Nobbs was twice blocked by a combination of Fisk and the goalkeeper Mackenzie Arnold in quick succession before Vivianne Miedema was played through one-on-one, only for Arnold to fall gratefully on the ball.

A minute later Miedema had her revenge, blasting Beth Mead’s cross high into the net from close range. A furious Flaherty, convinced the England winger was offside, received her second yellow for dissent, and West Ham collapsed.

“Gilly does needs to stay in control,” conceded Matt Beard. “But she wears her heart on her sleeve.”

Miedema clattered the woodwork after rounding Arnold but it was not long before a combination of Mead, Roord and then Kim Little provided Arsenal’s third. Next it was Mead’s turn, as she collected the ball on the right and struck high into the far corner.

Three goals in four minutes in the second half added to the humbling of Beard’s team. First Roord diverted from a McCabe cross, Miedema rocketed another into the roof of the net and then her compatriot completed her hat-trick by sweeping low into the corner from just inside the box. She has trebled her league tally from last season in two games.

Williamson and the substitute Caitlin Foord provided the final nails as Arsenal showed no mercy.

Montemurro was asked if the scoreline was good for the game. “It’s very difficult as the coach of a team that goes out to do the best they can to not want to score goals,” he said. “How it looks on the outside? I’ll leave it to people on the outside to say.

“We’re saying it’s the best league in the world but then we get scorelines like this, I can’t really comment on it.” 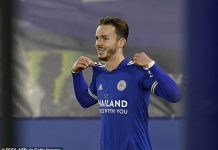 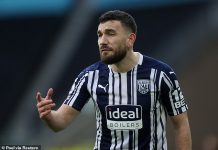 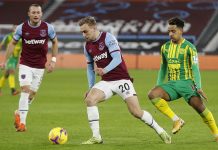 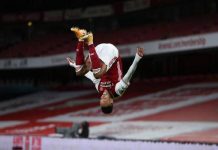 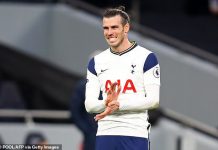 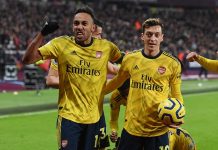