TAMPERE, Finland – Goaltender Jeremy Swayman (Anchorage, Alaska) of the Boston Bruins has been added to the roster of the 2022 U.S. Men’s National Team it was announced today by USA Hockey.

He has represented the U.S. on the international stage on one occasion, helping Team USA to a bronze medal at the 2018 IIHF World Junior Championship.

Swayman is expected to arrive in Tampere in time for Team USA’s next game, which comes on Thursday (May 19) against Great Britain. 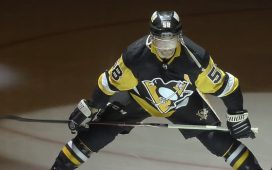