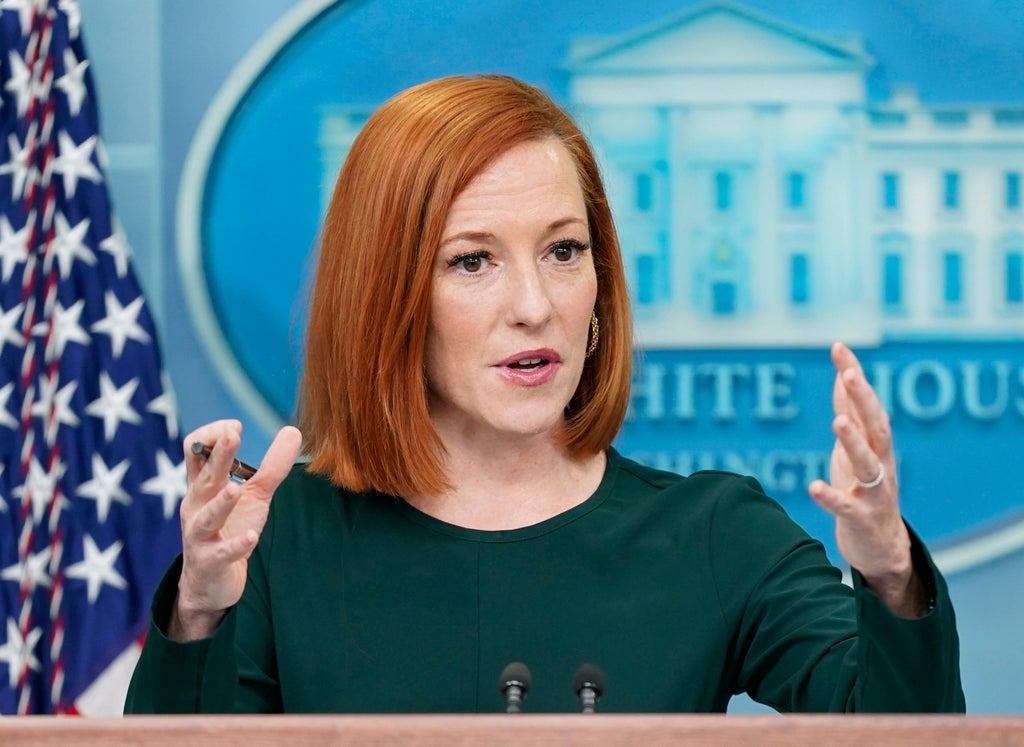 Ms Psaki spent her the first half of Joe Biden’s presidency tangling with White House correspondents, but will reportedly soon be offering her opinions as an analyst and host on MSNBC.

The network announced that she would host a streaming show in a press release on Tuesday. Ms Psaki will also appear in analyst and pundit roles across the network’s programming.

Ms Psaki said she hopes that her time as press secretary will “fuel the insight and perspective I bring to this next chapter.”

The show will reportedly debut in the first quarter of 2023.

“The program, set to debut in the first quarter of 2023, will bring together her unique perspective from behind the podium and her deep experience in the highest levels of government and presidential politics to MSNBC viewers,” the announcement said. “Psaki will also appear on NBC and during MSNBC’s primetime special election programming throughout the midterms and 2024 presidential election.”

The network’s president, Rashida Jones, said Ms Psaki’s “extensive experience in government and on the campaign trail and perspective as a White House and Washington insider is the type of analysis that sets MSNBC apart.”

“She’s a familiar face and trusted authority to MSNBC viewers, and we look forward to hr insight during this consequential election,” Ms Jones said.

The former press secretary said she was “thrilled” to be joining the network.

“My time in government, from the White House to the State Department, and years before that on national political campaigns will fuel the insight and perspective I bring to this next chapter,” she said in a statement. “I can’t wait to create a space on streaming where we break down the facts, get to the bottom of what’s driving the issues and hopefully have some fun along the way.”

The hires are indicative of MSNBC’s move to increase its “analysis” — that is, opinion — programming in recent months.

According to a recent Vanity Fair story, MSNBC’s Morning Joe — an early morning gabfest competing with Fox News’ Fox and Friends — has been expanded to include a fourth hour, and it has converted another hour traditionally used for news reporting into a space for opinion show re-runs.

The outlet claimed — citing three individuals with knowledge on the matter — that network officials had issued a directive channeling all breaking news to NBC’s News Now site before it was ever considered for inclusion on MSNBC. A spokesperson for the company denied such a directive was given to its talent and staff.