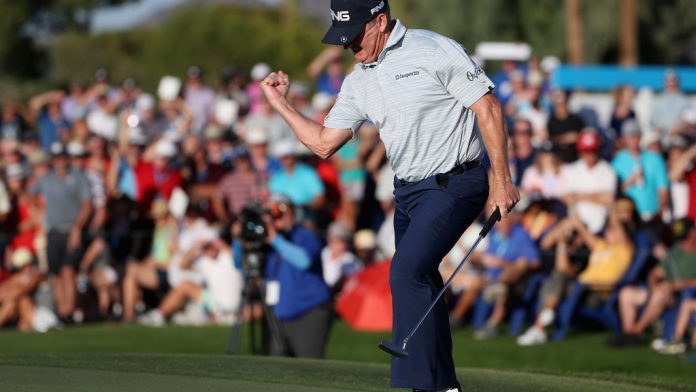 PHOENIX – Jeff Maggert holed out from 123 yards for eagle on the third playoff hole Sunday to win the Charles Schwab Cup Championship and hand Scott McCarron the season points title on the PGA Tour Champions.

Two holes earlier, Retief Goosen missed a 4-foot birdie putt that would have given him the tournament and the Charles Schwab Cup.

Instead, the South African could only watch from the fairway as Maggert’s shot on the par-4 17th landed in front of the pin, bounced once and dropped for a stunning conclusion to the season. Maggert threw both hands up in the air to celebrate.

“I’ve seen it happen. I never, ever thought it would happen to me,” Maggert said of his game-winner.

No one was happier than McCarron, who has led the Charles Schwab Cup since April but did not contend in any of the three postseason events. McCarron tied for 27th in the final event at Phoenix Country Club, opening the door for others to claim the $1 million bonus.

Bernhard Langer got in the mix for another title with a hole-in-one on the eighth hole, only for his putter to go cold. Goosen, No. 5 in the standings, was poised to capture the cup when he birdied three of his last four holes for a 7-under 64 to finish at 21-under 263.

Maggert, who started the final round with a one-shot lead, pulled his drive into the trees on the par-5 18th and had to lay up. He hit wedge to eight feet and made the birdie putt for a 66 to force the playoff.

Goosen appeared to have it won on the first extra hole at the 18th when he hit a pitch-and-run to four feet behind the cup for a birdie putt, and Maggert missed his birdie chance from about 8 feet. The two-time U.S. Open champion badly pulled the putt, extending the playoff.

Maggert caught a break on the 18th in the second extra hole when his second shot went left, bounced off the gallery and into the fairway. That gave him a clean lie for a tough shot, and he clipped it beautifully to three feet for birdie. Goosen chipped from just short of the green to two feet for birdie.

They went to the 17th as darkness neared. Goosen hit pitching wedge from a bunker to eight feet for a good look at birdie. He never had to putt when Maggert holed the winning shot from the fairway.

Maggert had gone 96 starts on the PGA Tour Champions since his last victory in August 2015.

It was perfect timing to end the drought for McCarron, who won three times this year, but not since Japan the first week in June.

“I was very fortunate to have a good stretch early in the year,” McCarron said. “I didn’t play great in the playoffs, but it was good enough.” 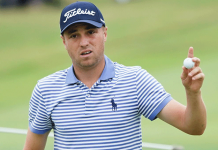 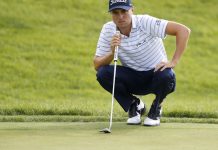 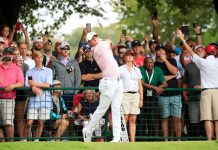 Report: PGA Tour to play without fans through at least the start of September 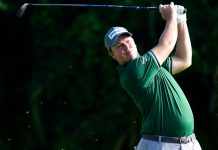 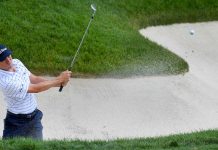 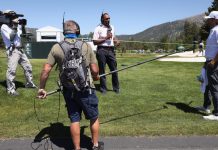 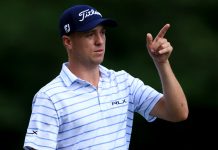 Justin Thomas teases Tiger: 'He's scared to come out and play against all of us' 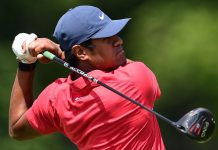 Tony Finau was incredibly 14 under (14 under!) through 16 holes this week 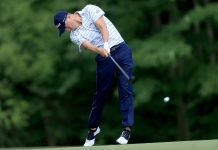 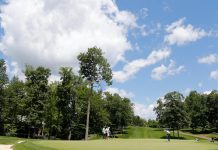 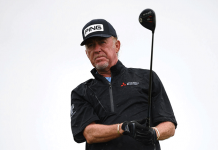 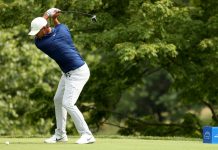