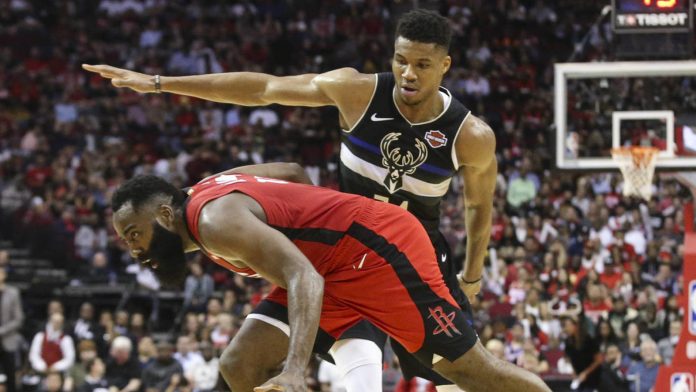 Giannis Antetokounmpo has made it clear in recent weeks that he is not a big fan of James Harden, and the feeling appears to be mutual.

When Antetokounmpo was picking his All-Star Game roster earlier this month on live TV, he had a funny moment while deciding between Harden, Kemba Walker and Trae Young. The Greek Freak said he didn’t want to pick Harden because he’d rather have a teammate who is going to pass. Harden was asked about that during an interview with ESPN’s Rachel Nichols that aired on Friday, and he pointed out that he had more assists than Walker at the time Giannis made the remark. Harden also said it would be a lot easier to play basketball if he were 7 feet tall.