SAN DIEGO — More dining rooms opening and late-night hours returning helped stabilize conditions for Jack in the Box in the third quarter. Sales were below year-ago levels but benefited from a break in the product shortages that have plagued the company in recent months.

“For the first time in several quarters, we were pleased to not experience any meaningful product supply disruption,” said Tim Mullany, chief financial officer at Jack in the Box, during an Aug. 10 conference call with financial analysts.

Ongoing challenges, including the risk of recession, battling for share of customers dining out and hefty inflation headwinds are “macro issues affecting the entire industry,” he added.

Net earnings for the third quarter ended July 10 were $22.9 million, equal to $1.08 per share on the common stock, a significant decline from $40 million, or $1.80 per share, in the same period a year ago. Systemwide sales decreased 1.4%, with same-store sales down 0.6%. Franchise comparable sales were down 1% while company operated comparable sales grew 3.5%.

Del Taco saw increased mix in its 20 under $2 menu despite it being a “substantial increase within the value platform,” said Darrin Harris, chief executive officer. The brand executed record levels of price increases at just under 12% in the third quarter.

“Franchisees have seen improved transactions along with the price hikes, which is fairly rare within the industry,” Mr. Harris said.

Both brands experienced a boost late in the quarter after facing tough year-over-year comparisons early in the summer.

“The quarter began with negative same-store sales trends as we lapsed stimulus checks from last year, but as that impact faded, the trend turned positive,” Mr. Harris said.

The snack and dinner dayparts drove most of the quarterly sales improvement for Jack in the Box, while transactions across the breakfast and late-night dayparts declined. Snack and dinner sales benefited from recent launches, including a new grilled chicken sandwich and a Girl Scout cookie-themed shake. Egg rolls and tiny tacos helped grow the average number of items per check.

Slightly more than half of Jack in the Box’s dining rooms were open in the third quarter, an improvement from the prior three-month period. Staffing improvements eased reductions in operating hours, but more employees are needed for the late-night business to fully recover, said Mr. Harris and Mr. Mullany.

A new menu addition and marketing partnership with “Star Wars” actor Mark Hamill are in store for the breakfast platform in the fourth quarter. The company is bringing back french toast sticks for a second year in a row after a 10-year hiatus. 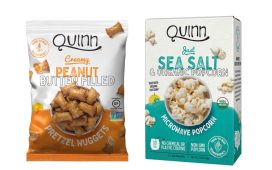 Quinn rolling out “climate friendly” label on snacks in 2023 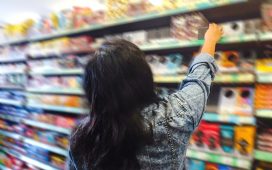 Voices: Why banishing Haribo from supermarket tills will make a world of difference 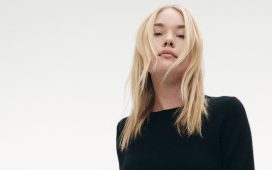 Protests Erupt in Cuba Over Blackouts Caused by Hurricane Ian 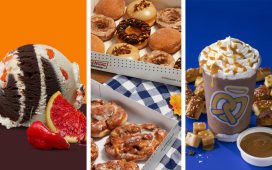 What Does Cultural Appropriation Really Mean? From Gadgets to Gag Gifts, These Presents For Men All Cost $50 and Less