President Joe Biden blasted a bill in Texas’ state legislature that would severely limit voting rights in the state, calling the legislation “wrong and un-American.”

“Today, Texas legislators put forth a bill that joins Georgia and Florida in advancing a state law that attacks the sacred right to vote,” the president said in a statement on Saturday. “It’s wrong and un-American. In the 21st century, we should be making it easier, not harder, for every eligible voter to vote.”

Texas Republicans on Saturday finalized the bill, which would impose a wide array of new voting restrictions and tighten existing ones. If passed, it would ban drive-through voting and 24-hour voting, set strict limits on mail-in ballots, prohibit using tents and other makeshift structures as voting sites, and require showing ID to vote in some cases, among other restrictions.

By drafting the bill, Texas joins a growing number of Republican-dominated states that have moved to limit access to voting since the 2020 elections, in which the GOP lost the presidency and the Senate. In his statement, Mr Biden denounced that nation-wide movement.

“It’s part of an assault on democracy that we’ve seen far too often this year – and often disproportionately targeting Black and Brown Americans,” the president said.

Now that it’s finished, the Texas bill will go to the two houses of the state’s legislature, both of which have Republican majorities. It is expected to pass both chambers, and Republican governor Greg Abbott is expected to sign it.

Texas lawmakers hailed the bill as “comprehensive” and “sensible.”

“Even as the national media minimizes the importance of election integrity, the Texas Legislature has not bent to headlines or corporate virtue signaling,” state Senator Bryan Hughes and State Representative Briscoe Cain, both Republicans, said in a joint statement.

Meanwhile, President Biden urged congressional Democrats to pass national legislation that could potentially override state laws like the one being formed in Texas.

“I call again on Congress to pass the For the People Act and the John Lewis Voting Rights Advancement Act,” Mr Biden said. “And I continue to call on all Americans, of every party and persuasion, to stand up for our democracy and protect the right to vote and the integrity of our elections.” 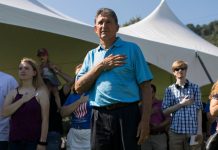 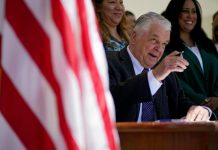 The Guardian view on an Atlantic charter: new rules for new threats | Editorial 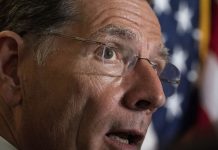 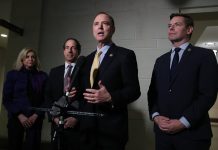 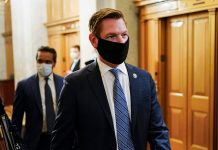 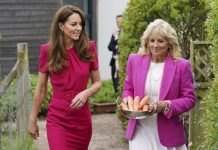 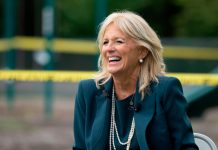