It's the pandemic, stupid!


Editor’s Note: Morning Money is a free version of POLITICO Pro Financial Services morning newsletter, which is delivered to our subscribers each morning at 5:15 a.m. The POLITICO Pro platform combines the news you need with tools you can use to take action on the day’s biggest stories. Act on the news with POLITICO Pro.

Is inflation likely to begin easing this year? Sure.

How quickly and by how much? That’s the million dollar question. (Or $1,070,000, accounting for inflation over the past year.)

Federal Reserve economists are surprisingly optimistic. Fed staff see annual inflation — measured by the personal consumption expenditures index, their preferred price gauge — falling to 2.1 percent by the end of 2022, from around 5 percent in 2021. Fed officials’ median forecast for PCE inflation is 2.6 percent, as of December.

Both forecasts imply that they see inflation peaking and price pressures decelerating quickly over the coming months, as short-term interest rates begin to rise.

That is, Fed Chair Jerome Powell and his colleagues may have stopped using the word “transitory.” But they’ve made clear, in forecasts and in public comments, that they continue to expect the problem will go away, perhaps with only a nudge from tighter monetary policy.

Given how much forecasters — at the Fed, in the Biden administration and on Wall Street — had to revise up their inflation expectations last year, does this outlook make sense?

“I think the position is not unreasonable,” said Roberto Perli, head of global policy research at Cornerstone Macro. “Actually, I think it is very reasonable. The problem is it’s not happening.”

“They keep pushing forward the date when inflation will finally start behaving,” Perli said of the Fed.

Why has inflation been so fickle?

As Powell explained to exasperated Republicans at his nomination hearing this week, Fed officials expected pent-up demand and supply chain disruptions would put some upward pressure on prices last year. What they, and practically everyone else, got so wrong is how persistent Covid would be, driving prices higher and for longer than previously expected by keeping workers home and exacerbating the supply chain issues.

“I don’t think two years ago we thought we’d still be having record cases,” Powell said Tuesday. “Getting past the pandemic is the single most important thing we can do.”

Right now, most economists expect supply chain disruptions to slowly ease and consumer demand to shift from goods to services — factors that could take longer depending on the severity of the Omicron variant and how policymakers respond, not just in the U.S. but around the world.

Annual inflation readings will soon come down, as the high inflation prints from early last year drop out of the 12-month calculation. Households also won’t have as much extra cash from the government as they did last year, which could help prices.

“The Fed’s fundamental view is, they think it’s not permanent,” said David Wilcox, a senior fellow at the Peterson Institute for International Economics and a former top Fed official. “So their preferred approach, and I think it’s the right one, is to attempt to have the patience to look through it and see if in fact inflation recedes on its own.”

“The dynamic that we see today, and have seen for the past 20 years, is that when bad things stop happening to inflation, inflation goes back to its resting point,” he said. “We won’t see semiconductor shortages in the auto industry forever. We won’t see pile-ups at the ports of Los Angeles and Long Beach forever.”

When those issues are resolved, prices will either stop rising, or come back down, he said. But that could take quarters, not weeks or months, and may feel agonizingly long for policymakers.

Meanwhile, they’ve signaled they may soon start to raise rates, and have demonstrated they’re willing to move faster if they turn out to be wrong or if inflation expectations become unanchored, Wilcox said.

“Having an accurate forecast is not a prerequisite for running world-class monetary policy,” he said. “What is a prerequisite is that you respond to changing circumstances, in a sensible, systematic and appropriately calibrated way.”

IT’S THURSDAY — We’re rested and ready for the second Fed confirmation hearing of the week, as Lael Brainard heads to the Senate Banking Committee. Will you be watching? Send us your takeaways: [email protected], [email protected], or on Twitter @katedavidson, or @aubreeeweaver.

BRAINARD HEADS TO THE HILL FOR SENATE NOMINATION HEARING — It’s Fed Governor Brainard’s turn to face the Senate Banking Committee, which will consider her nomination to be the next vice chair. She’s likely to face a much less friendly panel than Powell, especially among Republicans, many of whom are likely to oppose the pick.

A GOP committee aide says senators plan to grill Brainard on her:

—Views on how the Fed should use its regulatory powers to address climate-related risks
—Role developing the Fed’s new framework, which defines maximum employment as a “broad-based and inclusive goal” (MM sidebar: Powell, who led the development of the framework, got no GOP questions on this issue Tuesday)
—Opposition to recent Fed moves to ease financial regulations for banks
—Donation to Hillary Clinton’s 2016 presidential campaign

An MM reader, and Brainard ally, notes: “While studying for her graduate degree, Brainard was recruited by Susan M. Collins to work at the CEA under Michael Boskin, in President George H.W. Bush’s White House. For those keeping score, that means she’s actually worked across five presidential administrations (two Republicans and three Democrats).”

“The government reported on Wednesday that the consumer price index, the most widely watched gauge of inflation, hit a four-decade high of 7 percent in December compared to the previous year. That prompted the Biden White House to scramble to do damage control in the face of attacks by Republicans and a key member of the president’s own party on his big-spending plans.”

Is inflation a microeconomic problem? — WSJ’s Greg Ip: “The White House’s push to address prices with more supply and competition makes sense economically. As an anti-inflation strategy, though, it is probably not up to the task. Many of these initiatives are too small, and will take too long, to move the needle on inflation..”

TOP LAWMAKERS WANT CFTC’S CRYPTO AUTHORITY WISHLIST — Our Sam Sutton: “The Democratic and Republican leaders of the House and Senate Agriculture committees on Wednesday pressed CFTC Chair Rostin Behnam to specify what powers he might need to rein in abuses within the fast-evolving world of digital assets.”

—Also from Sam: “Rep. Tom Emmer on Wednesday introduced legislation that would impose major restrictions on how the Federal Reserve could issue its own digital currency, in response to privacy and civil liberty concerns.”

—And more: “A group of U.S. banks on Wednesday said it plans to adopt a new stablecoin, in the latest bid by traditional financial firms to offer more services in digital assets. The group — dubbed the USDF (USDForward) Consortium — is backed by New York Community Bank, NBH Bank, FirstBank, Sterling National Bank and Synovus Bank.”

—The House Energy and Commerce Committee will hold a hearing Jan. 20 on cryptocurrency’s electricity demands.

FED’S BEIGE BOOK FINDS ECONOMY GROWING MODESTLY DESPITE COVID — AP’s Martin Crutsinger: “The Federal Reserve said Wednesday that the economy was growing at a modest pace at the end of 2021 but was still being held back by ongoing supply-chain disruptions and labor shortages. … [M]any regions reported a sudden pullback in spending on leisure travel, hotels and restaurants because of the rapid spread of the omicron variant of the coronavirus.”

Tanisha Cole Edmonds has joined the CFTC as its first chief diversity officer. Prior to joining the CFTC, Edmonds served as deputy director for the Office of Diversity, Inclusion and Civil Rights at the Interior Department.

IMF CHIEF WARNS OF TURBULENCE AS NATIONS WITHDRAW STIMULUS — Bloomberg’s Eric Martin: “The world faces greater uncertainty and potential turbulence this year, with the economic recovery’s momentum slowing and risks from inflation and supply-chain bottlenecks to social unrest looming, the International Monetary Fund’s chief said. The IMF is preparing for a potential increase in demand for its lending this year as central banks tighten monetary policy and after many developing countries increased their debt, Managing Director Kristalina Georgieva said at a virtual event on Wednesday.”

RIP, LIBOR — NYT’s Lananh Nguyen and Jeanna Smialek: “The London interbank offered rate, a number that spent decades as a central force of international finance and was used in setting interest rates on everything from mortgages to student loans, has died after a long battle with regulators. It was 52.”” 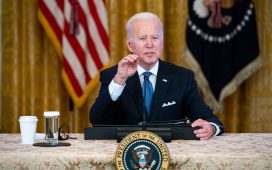 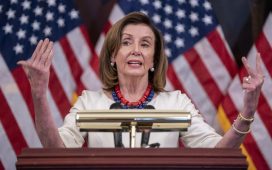 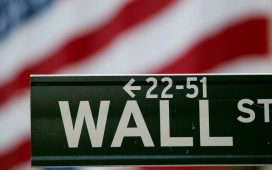 What Is a Stock Market Correction? 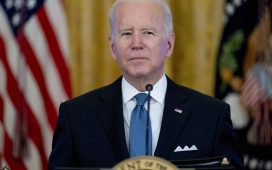 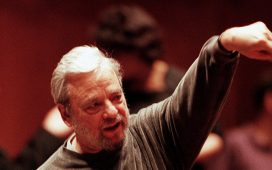 Stephen Sondheim Leaves Rights to His Works to a Trust 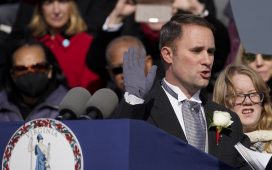 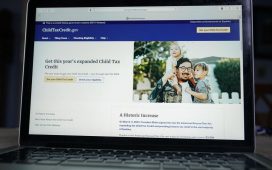