When Sarah Elizabeth Lewis stepped onstage for her Ted Talk in 2017, little did she know how much she would help bridge the gap between art and social policy.

“How do images alter our sense of justice?” she asked.

Clearly, social media has changed how we read images – from protests to state violence and grief. As she explained: “How images contribute to our notion of citizenship of who belongs in this moment in American society is more pressing than ever.”

Now, Lewis is being honored at the latest edition of Frieze New York, the annual art fair which opens to the public on 5 May until 9 May at the Shed in Manhattan.

The Tribute to Vision & Justice is more than just a section, it’s a fair-wide project. More than 50 art galleries and institutions will focus on showing artwork that deals with justice as a tribute to Lewis, an art history professor at Harvard University, and her work with the Vision & Justice Project.

It’s an education and art platform she founded, which takes its inspiration from Frederick Douglass’ civil war speech Pictures and Progress, centering in on the power of images to create a new vision for the country.

“I see professor Lewis’ role as a scholar and educator, and as the founder of the project, being honored because of her work,” said Loring Randolph, the director of programming at Frieze New York.

“She is also an inspiration as an intellectual mind, a trailblazer, a professional, and hopefully by paying tribute to her and to the Vision & Justice Project, her mission becomes more visible and more heard.”

To Lewis, museums are integral for defining and redefining the narratives that shape history. But art fairs?

They are typically where one goes to buy art. For heady theory, that’s biennale territory. Go to Mainfesta or Documenta if you want to think. “This is not just about the fair, but about looking all around us,” said Randolph.

Lewis is not necessarily a guest curator, but each gallery is responding to the questions she’s asking with her project. “I’m young, in terms of academia. The tribute feels – I was startled by it,” said Lewis. “The only way I found to engage others was to pay tribute to those before me.”

There will be talks based on justice and new commissioned artworks by Carrie Mae Weems and Hank Willis Thomas. Pieces by Wynton Marsalis, Ava DuVernay and others will be on view.

The project is known for hosting ongoing discussions on topics related to images with mass incarceration, civic engagement and the arts, as well as algorithmic bias and the environment. In one talk, Chelsea Clinton discusses the water crisis in Flint, Michigan.

Lewis, who served on Barack Obama’s National Arts Policy Committee, and is known for bringing the project into the spotlight in 2016, when she guest edited an issue of the photography magazine Aperture, entitled Vision & Justice. In response, the magazine issue helped inspire a conversation in American arts about the role of photography in race and justice.

“The overwhelming success of the project shows just how willing multitudes of people need and want to be a part of the conversation around equity and justice in our society right now,” said photographer Dawoud Bey. “It also provides a sense of how rigorous art practice and work with a strong social content are not mutually exclusive.”

Lewis helps the public understand the roots of visual literacy in relation to African American civic life, and that visual images can be an agent for change with the narratives of black life. “It’s thinking of the social function of the arts historically and over time,” she explains.

It all started as a class at Harvard. When Lewis stood before her Vision & Justice class, a jam-packed room of 300 students, one of the key things she initially asked was: “What is our nation of arts and culture for enlarging our notion of who counts and who belongs in society?”

“It’s a question you can ask over centuries when you think about the inception of citizenship through the Naturalization Act of 1790,” Lewis explains. “Where do you see culture shifting narratives? Who counts and who belongs?”

By asking these questions, it points her audience to a set of artworks, events, case studied, history and artistic practices.

She isn’t the curator of the fair but part of an overarching theme. “What interested me was seeing what galleries themselves would offer in response to this prompt to engage with the Vision & Justice Project,” said Lewis. “What you have on display is precisely that. I think that’s a better snapshot of our current moment in cultural history.”

David Zwirner gallery’s booth is showing artworks by Stan Douglas, whose Penn Station’s Half Century project illustrates the liberation of Angelo Herndon, a black coal miner and social activist for workers’ rights, who was arrested for possession of communist literature in the 1930s. He wrote a book at the age of 24 called Let Me Live.

The New Museum features a curatorial video tour of their current exhibition, Grief and Grievance: Art and Mourning in America, while the Museum of Modern Art’s Forum on Contemporary Photography pays tribute to Carrie Mae Weems in a two-hour discussion featuring Thelma Golden, among others, talking about the impact the artist has on contemporary culture.

“Carrie Mae Weems, in her art-making practice, is a 21st-century oracle,” said Lewis. “She makes images we need to see that speak to our common humanity. She shows how artists innovate forms that can go past rational arguments to get us to see our common humanity.

“This is the first art fair in the midst of a pandemic in the US, it sends an enormous and powerful signal around how we consider the force and advocacy of platforms, going forward,” said Lewis. “Can we use an art fair to gather around with the central questions for our day? I hope that we can. I hope this isn’t a one-off. I hope what Loring Randolph has done can hopefully create new models of gatherings in the arts, going forward.”

Smartphones have clearly changed our relationships to images, digital or otherwise. This iteration of Frieze New York invites viewers to step back, slow down and think again about what we see. The takeaway is how we reflect on art.

“It’s often a private encounter with something that has aesthetic force that can change your perceptions of the world and the narratives you use to describe it,” said Lewis. “That private encounter usually leads to the public work of justice. And that can happen, even at an art fair.”

How rugby star Maro Itoje found his voice: ‘For black people, the road is often trickier’ 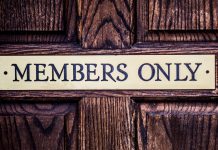 Members only: what exactly does Frieze’s membership programme get you? 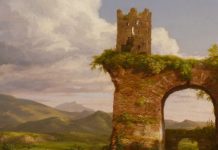 As Sotheby’s auction looms, scholars protest Newark Museum of Art’s plan to sell a Thomas Cole painting and other works 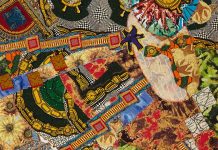 It's official—Germany declares its nightclubs are now cultural institutions 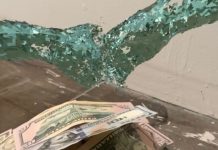 Contract Killers: artist Nancy Baker Cahill challenges the efficacy of the “smart contracts” behind NFTs with an augmented reality project 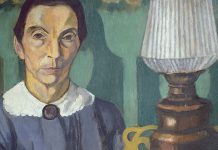 Rarely seen paintings by Nina Hamnett, fringe member of the Bloomsbury Group, to go on show at Charleston 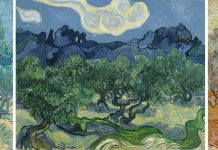 Psychedelic spring colours and some spectacular surf – the week in art 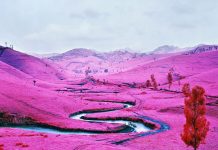 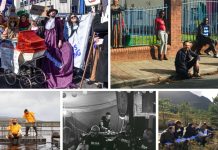 NFTs and colossal prices have turbocharged the art market—but has something died in this 'second renaissance'?