It's a woman’s world: what sold on Frieze's VIP day 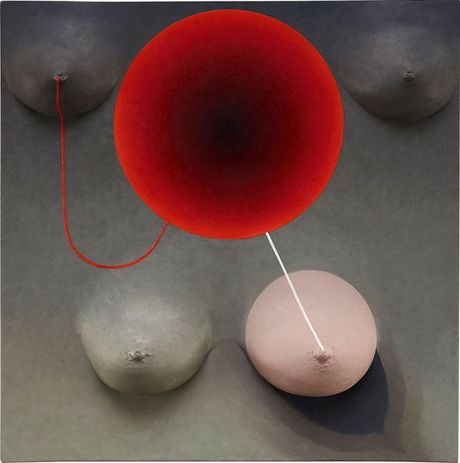 Breasts, lips and other soft body parts are much in evidence at Frieze London this year. But, unlike the entire canon of Western art history, the majority of those on show at the fair have been painted, stuffed and cast by women—and they are selling like hotcakes, according to their dealers.

Some galleries declined to give prices, saying it was “demeaning” to their female artists, though probably not as demeaning as the nearly 50% pay gap women experience when their works sell at auction.

At the top end, Louise Bourgeois’ 2004 bubblegum-pink fabric sculpture of a couple embracing sold for $2.4m at Hauser & Wirth within a few hours of the fair opening today, while at Pace Gallery, one of Loie Hollowell’s mixed-media works incorporating casts of her breasts and those of the wife of a sales director at the gallery sold for $1.75m to a museum. “Loie’s work is often an expression of her state of mind or lived experience, particularly as it relates to womanhood,” says a Pace spokeswoman. “She made these paintings as part of a recent body of work exploring breastfeeding and considers them abstract portraits.”

Marianne Boesky Gallery pays more than lip service with a solo stand of new paintings of pouting, lipstick-smeared mouths by Gina Beavers, which almost sold out on the opening VIP day (prices range from $20,000 to $60,000). Other one-woman stands to have sold out include Jennifer Guidi’s colourful suite of abstract paintings ($350,000) and drawings ($40,000) at Gagosian, and Deborah Roberts’s new body of paintings that examine the challenges encountered by Black children who are often perceived as adults and subjected to harm. They all sold to museums and private foundations at Stephen Friedman Gallery ($125,000-$150,000).

Though created from steel, Carol Bove’s sculptures on David Zwirner’s stand appear soft enough to sink your teeth into. All four sold for between $300,000 and $450,000 to collectors in Asia, the US, UK and Europe. The market for female sculptors is indeed gaining momentum. Rose Wylie’s Pineapple (2020) went for $250,000 at Frieze Sculpture, while at Frieze Masters an early 1960s sculpture by Yayoi Kusama found a home for an undisclosed sum north of $500,000. 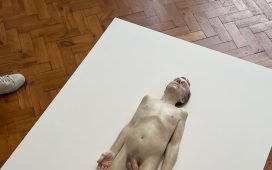