Italian authorities are scouting an area in Puglia where locals have reported seeing a black panther on the loose.

In the last two weeks, several witnesses have spotted and filmed a large, black feline prowling around the province of Bari, near the towns of Castellana Grotte and Acquaviva delle Fonti.

On Saturday, the mayor of Acquaviva delle Fonti, Davide Carlucci, immediately issued an emergency order urging residents to avoid local fields and the areas of the countryside where the animal was spotted.

“I signed an ordinance with which I have prohibited sporting and agricultural activities on the country roads in our territory,” Carlucci wrote in a post on Facebook. “The forest carabinieri and police are patrolling the area. In order to avoid frightening the feline, which causes aggressive behaviour, owners of domestic and breeding animals must keep them safe, to protect them from any attacks.”

About 10 days ago, the mayor of Castellana Grotte adopted a similar measure.

On Monday veterinarians and experts, called to analyse videos, photos and organic traces, confirmed the animal was a black panther. It is not yet clear where it came from or where it has fled to.

According to veterinarians, the panther is moving very quickly at the moment in search of food.

This is not the first time a panther has been hunted by authorities in Puglia. In January 2020, in the San Severo area of Foggia, authorities searched for a big black cat believed to be a panther that, according to investigators, had escaped from the home of a local mobster who kept it as a pet.

The authorities have not ruled out that the panther sighted in Bari could be the same one that was spotted in Foggia and never found. 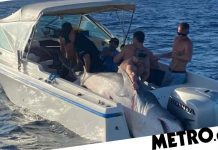 Dr Christian: ‘Detection dogs could be vital in our fight against Covid’

Alexandra Burke: ‘My mum has diabetes – I love that medical detection dogs could help her’

Alexandra Burke: ‘My mum had diabetes – medical detection dogs could have helped her’ 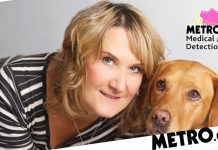 'Looking for a flamingo?': bird trafficking in Iraq – in pictures

The Metro Lifeline charity campaign is back and this year we need you – and your dog – to help out! 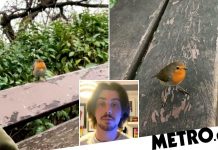 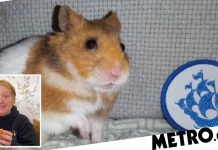 Hamster gets Blue Peter badge after helping owner with lockdown

Rooster fitted with blade for cockfight kills its owner in India