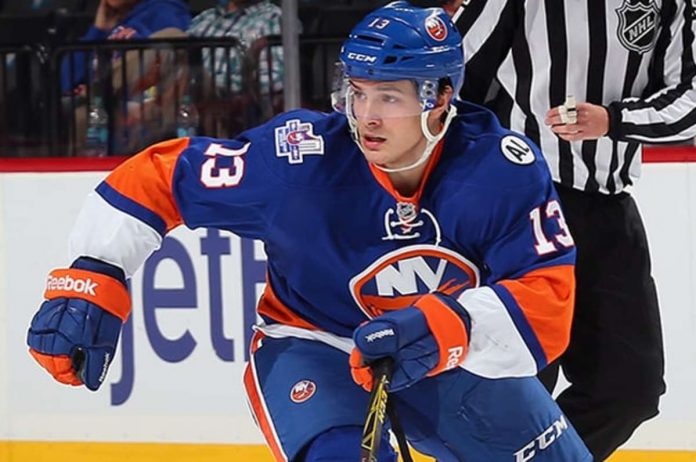 It’s been a summer to remember for the New York Islanders. Regardless of the final outcome of their Eastern Conference final with the Tampa Bay Lightning, the Islanders have been overachievers in this year’s Stanley Cup playoffs. They beat Florida in a qualifying round series, then upset Washington and Philadelphia in the first two rounds.

Now the hard work begins. At least it does for General Manager of the Year Award finalist Lou Lamoriello. That’s nothing new to Sweet Lou, now in his fifth decade as an NHL GM.

The Islanders have a daunting issue with next season’s salary cap, which will remain flat at $81.5 million. They have about $9 million in cap space to work with, but three important restricted free agents to re-sign. Mathew Barzal could easily command an $8 million AAV under normal circumstances. And conservative deals for top-four defensemen Ryan Pulock ($5 million AAV) and Devon Toews ($3 million AAV) account for another $8 million.

That’s about $7 million too much.

Where’s that kind of space going to come from?

The Islanders have a couple horrendous deals on the books – Andrew Ladd for three more seasons at $5.5 million and Johnny Boychuk for two more seasons at $6 million – and those guys aren’t going anywhere in a trade, even if New York eats 50 percent of their cap hits. They can be buried in the minors, but that just frees up $2.15 million ($1.075 times two). Ladd and Boychuk have bonus-laden contracts that make a buyout not worthwhile because the savings the first couple of years isn’t significant.

And next summer is bound to be another challenge when budding stars Anthony Beauvillier (final year at $2.1 million) and Adam Pelech (final year at $1.6 million) are up for renewal. Their salary expectations could in all likelihood triple – and the only money coming off the books is Casey Cizikas’ $3.35 million.

Good thing no one is craftier than Lamoriello. When he was in Toronto, he performed miracles with bad contracts making the likes of Stephane Robidas, Joffrey Lupul, Jared Cowen go away through LTIR. Not sure if the Islanders have any candidates for that category, but maybe they’ll acquire the final year of Marian Hossa’s contract ($5.275 million) from Arizona in order to take advantage of unused cap space.

This off-season, the Islanders will surely part ways with UFAs Andy Greene, Thomas Greiss, Derick Brassard, Matt Martin and Tom Kuhnhackl, simply because they can’t afford to re-sign them, not because they weren’t useful players in a terrific season.

Unless Lamoriello has some tricks up his sleeve we don’t know about, the Islanders look as those they’ll have to trade either Nick Leddy (two years at $5.5 million) or Josh Bailey (four years at $5 million) or both in order to make room for Barzal, Pulock and Toews. Leddy and Bailey are the two highest-paid players without no-trade clauses in their deals. They’re both on reasonable contracts, at a good age (29 and 30) and will command something decent in return. With them gone, however, the team is a bit weaker, especially with the loss of the five UFAs.

Expect a trade to happen relatively soon, probably right around the Oct. 6-7 draft and before the start of free agent season, Oct. 9. Because that’s when Barzal, Pulock and Toews are susceptible to offer sheets from other teams. Sure, the Islanders would likely match an offer sheet, but that would surely stretch the available cap space even thinner.

One twist that could help the Islanders is if the NHL were to once again consider a limited compliance/amnesty buyout. This was last used in 2012-13 and 2013-14 following the 2012-13 lockout as a means of helping teams get their costs in order at a time when the salary cap didn’t move as anticipated. With a flat cap in the NHL for likely two or more seasons, maybe a league ruling comes in and helps make Lou’s job a little bit easier this off-season.

Whatever happens, it will be interesting watching a true craftsman at work. 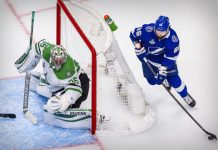 With Kucherov in Beast Mode, Can Tampa Take Control of the Final? 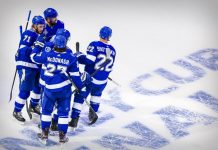 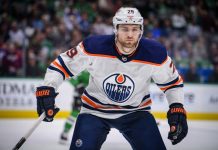 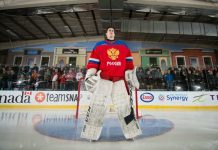 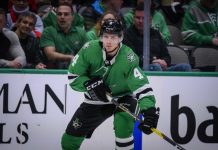 Who Will Win the Conn Smythe Trophy? 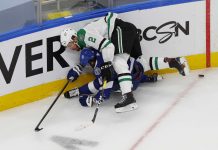 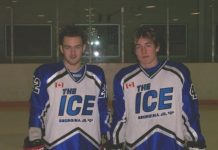 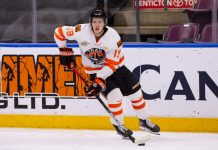 Pay-to-Play in the BCHL? That's Plan B For Now 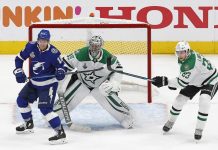 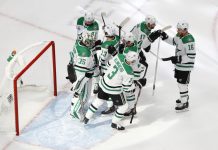