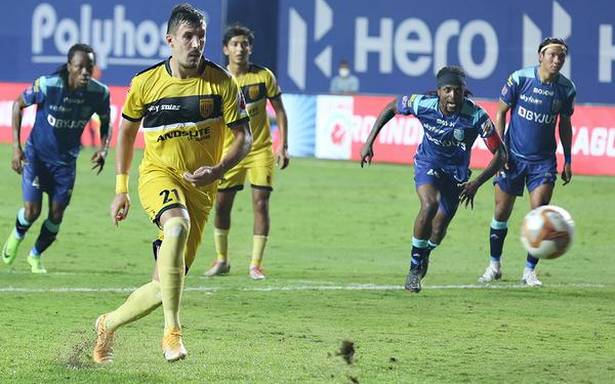 Victory tastes particularly sweet after a long wait. It is sweeter when it comes at a critical juncture of a difficult campaign, as Hyderabad FC found out on Tuesday night.

The 4-0 victory against Kerala Blasters at the Tilak Maidan Stadium, Vasco da Gama (Goa), could not have come at a better time. All the goals came in the second half. After Fran Sandaza struck twice, Aridane Santana and Joao Victor completed the rout.

The thumping win has taken Hyderabad’s tally to 27 points and the third spot in the ISL table, behind ATK Mohun Bagan (36) and Mumbai City (34).

The team is well placed now to take one of the two remaining playoff spots available. As for Blasters, it remains second from the bottom, with 16 points.

The men from Kochi began well, forcing a couple of corners within 13 minutes. But, they lacked sharpness in the final third, and clearly missed Sahal Abdul Samad, who has been one of their busiest men on the field this season. In the opening half, they also missed the services of K.P. Rahul, who came on only in the second half.

And it proved a horrible second half for Blasters, which once again was guilty of poor defending. Bakary Kone’s failure to clear the dangerous long ball away from Joel Chianese paved the way for the first goal. Another defender, Costa Nhamoinesu fared hardly any better, allowing Sandaza to slot the ball home. 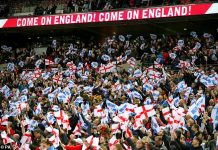 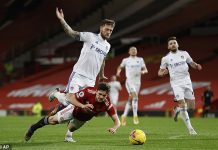 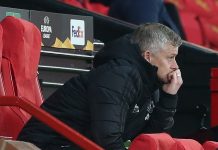 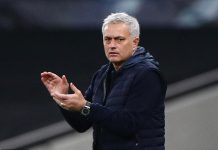 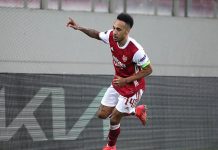 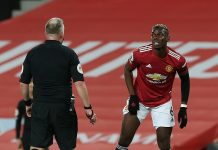 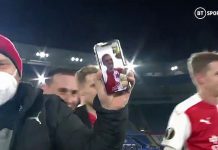 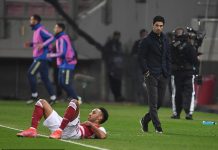