Is Rihanna’s Pregnancy All Bump and No Grind?


In early March, during Paris Fashion Week, the pop superstar and beauty-and-fashion mogul Rihanna arrived at the Dior show wearing a black-lace cocktail dress. The dress, designed by Dior, worn sans its original slip, was completely transparent, revealing a bra and underwear from Rihanna’s Savage X Fenty line. Accessorized with a pair of spike-heeled, patent-leather boots, an off-the-shoulder leather trenchcoat, and a tangle of silver necklaces, the look artfully combined the stateliness of a “Bridgerton”-style Empire silhouette with a hint of Courtney Love in her kinderwhore-baby-doll era, and a dollop of Siouxsie Sioux-style goth. The focus of the outfit, however, was unquestionably Rihanna’s pregnant belly, exposed through the fine mesh of her dress. In a clip that went viral on social media, Rihanna was seen gliding through a scrum of photographers into the Jardin des Tuileries show space, her hands proudly placed on her abdomen, when an attendee heckled her tardiness. “You’re late!” an unseen woman was heard calling. “No shit,” Rihanna said, as she continued on, barely glancing in the direction of the irate punter. (“lol queen things,” one person tweeted, in response to the video.)

“No shit,” too, could be taken as a way to sum up Rihanna’s approach toward her pregnancy style since she first went public with her impending motherhood, this past January. Posing with her partner, the rapper A$AP Rocky, in Harlem, she wore a pair of ultra-long frayed jeans and a pink Chanel coat with no shirt underneath it, thrown open to showcase, as the Daily Mail wrote, her “bare baby bump,” adorned with a mass of jewelled chains, “ensuring all eyes were on her growing stomach.” No shit, she was pregnant, her getup and poise seemed to imply. And here was the proof, not to be subtly and modestly elided, with one palm placed on a demurely swaddled belly’s hillock, but rather flaunted, unbendingly, whether on the street, in the front row, or on the red carpet.

Rihanna’s maternity outfits—and there have been several new ones each week—have continued to operate as gorgeously elaborate propping-up mechanisms for the punctum of her pregnancy; streetwear, and boudoir, and island-wear, and disco, and Y2K bits and bobs, all coming together to offer the miracle of her bump to the world. For a Fenty Beauty event, she posed on the red carpet in shimmering fuchsia and silver pants, coördinated with a green metallic top, whose fringes her bare belly pushed against. Days later, at the Super Bowl, she wore white sunglasses and pumps, accessorized with baggy gray jeans, a yellow-fur-tufted Balenciaga jacket, and a sheer, blue button-down over a blue bra, her bump adorned with a gold chain. And, a couple of days after, on the street, she appeared in an R13 baseball cap, Y.S.L. fur-trimmed mules, and a teddy-bear leopard-print coat, unbuttoned to reveal her stomach, again draped in a gold chain. Rihanna, Vogue wrote, in a cover story about the star, earlier this month, was “single-handedly rewriting the rules of pregnancy dressing with one jaw-dropping style maneuver after another.”

Here, in all its glory, was the bold, sensual presence of flesh and skin, of new life making its physical, straining growth felt. “When women get pregnant, society tends to make it feel like you hide, hide your sexy, and that you’re not sexy right now,” Rihanna told Refinery29, in February. “I don’t believe in that shit.” She added that she’s been wearing things that she didn’t have the confidence to wear before she became pregnant. “The strappiest, the thinnest, and the more cut-outs the better for me,” she said. Her unconventional maternity style—and her insistence that pregnant women are, in fact, sexy—has implications beyond the world of fashion and the body-positivity movement. Vanessa Friedman, chief fashion critic at the Times, has called Rihanna’s mother-to-be style “radical” in its refusal to conceal the reality of her changing shape. In a conservative climate rife with attempts to control a woman’s right to choose, Rihanna’s decision to dress in this way, Friedman wrote, displays her autonomy over her own body. Rihanna seems aware of the deeper meaning behind her clothes. As she told Vogue, “I’m hoping that we were able to redefine what’s considered ‘decent’ for pregnant women.”

But Rihanna is no ordinary pregnant woman. Last Friday, the popular Instagram meme account @officialseanpenn posted a series of pictures of the star on vacation in her native Barbados, ankle-high in the waters of the Atlantic. With her hair long and loose down her back, she was shown eating a mango while wearing a red and orange, sequined bikini top and a tiny gold-lamé miniskirt, over which her belly prominently loomed. “We must protect the Earth at all costs! If not for us, for Rihanna’s baby! #EarthDay,” the caption read. Pregnant Rihanna is our Gaia, and the tendency to see her as a goddesslike entity began far before she was with child. Her sultry beauty, her golden touch as a hitmaker, her incredible success as a businesswoman (last summer, Forbes declared her officially a billionaire), and, especially, her seemingly inherent ability to never let anyone see her sweat have combined to make her appear almost unearthly. (One well-known meme has collected a series of images in which Rihanna, shod in vertiginous stilettos, manages, as if by magic, to avoid getting her heel stuck in grates. “Jesus walked on water and Rihanna walks on grates in heels, I see no difference,” a woman tweeted in response to the photos.)

As with other elements of a mega-celebrity’s life, a front-facing, pathbreaking pregnancy like Rihanna’s necessitates a certain level of mystification of the pains taken behind the scenes. Rihanna, as my colleague Doreen St. Félix wrote in a 2015 piece in Pitchfork, “functions just outside of the womanish labor so often determining blackness,” and there is a particular political significance, too, in the positioning of a Black woman as an idol among mortals—one who, in placing the fact of her pregnancy front and center, manages to still gloss over even its relatively minor potential difficulties, at least publicly—the bloating, the heartburn, the swelling, the fatigue—not to mention concurrent personal events that would surely be jarring to any woman, pregnant or otherwise. (On Wednesday, A$AP Rocky was arrested at LAX in connection with a shooting he was allegedly involved with last November and later released on bail, a development neither Rocky nor Rihanna has commented on publicly.) Never complain, never explain is Rihanna’s credo, and, when in doubt, choose Fenty products. In an interview with Bustle, in which she acknowledged one unglamorous symptom of her pregnancy—the dryness on her belly—she explained that she solved the problem by using two different products from her skin-care line.

“There’s no way I’m going to go shopping in no maternity aisle,” Rihanna told Vogue. Unlike women like myself, who, when pregnant, found comfort, day in and day out, in the same depressing but useful pair of elasticized-waist jeans, goddesses don’t. And, if Rihanna’s pregnancy look has offered a bold new proposition for mothers-to-be, it’s a safe bet that most women wouldn’t be able to pull something like it off, certainly not without professional help. “I know he loses sleep over it because my measurements can literally change from hour to hour,” Rihanna has said, of her stylist, who, like his employer, isn’t afforded the comfort of turning to a forgiving elasticized waist. “In fact, I’m sure he’s going to ask for a raise after this.”

That’s not to say that there’s nothing for the average woman to take away from Rihanna’s mind-set. As I was writing this piece, I recalled how, during my own pregnancy, a little more than a decade ago, for the first time since I was a small child, I wasn’t embarrassed to accentuate my own abdomen. I was unlikely to wear a belly chain, but I also wasn’t going to great lengths to cover up the reality of my changing body. I was pregnant—no shit. But that mentality didn’t last long, and, once my daughter was born, my insecurities returned. In the public imagination, there’s nothing particularly glamorous about the postpartum body—the body that remains after the miracle of creation is done with. If someone can show us otherwise, it’s Rihanna. 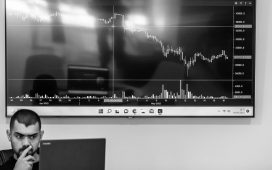 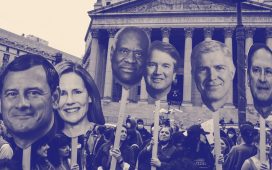 The Supreme Court’s History of Protecting the Powerful 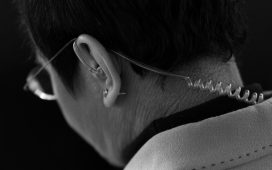 The Triumph of Marcos Dynasty Disinformation Is a Warning to the U.S. 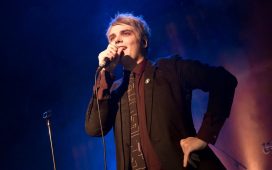 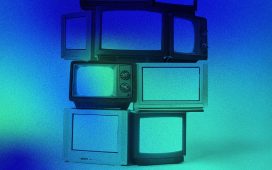 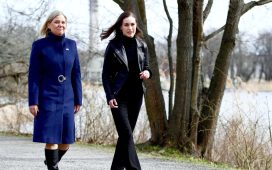 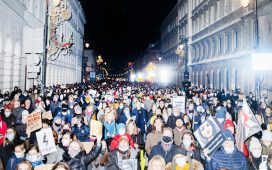 What the U.S. Could Learn from Abortion Without Borders 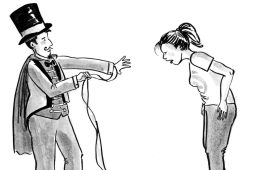 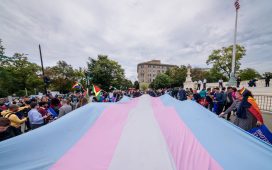