Is padel, Jürgen Klopp’s favourite racket sport, about to take off in UK?


If Andy Murray and Virgil van Dijk are right, padel, a hybrid of squash and tennis characterised by an addictive “pock” sound, is poised to break out as the next big UK participation sport.

Better, one of the country’s biggest leisure centre chains, is preparing its first courts for mass use, councils are planning municipal courts and a company backed by the tennis champion and the Liverpool FC player expects to erect courts in at least 50 venues by the end of 2023.

The moves come amid predictions that the game – whose ease and sociability has seen it sweep Sweden, the Netherlands and Spain, where 4 million people play – is set to explode in the UK.

Padel was devised in Mexico in the 1960s and is played like tennis but on a court a third of the size and with back walls to bounce the ball off. There are currently 210 courts in the UK – four times as many as in 2019 – with 89,000 players, according to the Lawn Tennis Association, which predicts there will be 400 courts by 2023.

“I’ve seen how padel has really grown quickly in the Netherlands, and hopefully my involvement will help it grow here in the UK,” said Van Dijk. He plays on a court installed at Liverpool’s training centre by the team’s manager, Jürgen Klopp, who has said it is his favourite game after football and he is “addicted”.

Padel uses a perforated fibreglass or graphite racket, rather than one with strings, which makes ball control easier, but the satisfying percussive sound is not for everyone. A planning application for courts was recently turned down in Bournemouth after neighbours complained of a “noise like gunfire” and of “players shouting and swearing”, although supporters said the higher level of noise than tennis was the sound of people having fun.

Currently the game is rooted mostly around affluent tennis clubs in areas such as Surrey and courts have become a new must-have for the rich in the Cotswolds, where Middle Eastern royals, property millionaires and private members’ clubs have been installing them in their grounds (Prada offers £1,500 rackets).

Underused tennis courts are being replaced with padel, which is played in doubles with an easy underarm serve and so is more sociable.

But Better will pilot public courts in the coming months in Hatfield, Preston, Sutton and Swindon, and has plans for more at 18 other venues – with court fees little more than £5 per person, similar to a swim.

In a push to build courts that has been compared to both the wild west gold rush and the lesser-chronicled trampoline park boom of more recent years, speculators are pouring in cash. Councils from Bath to Sheffield are backing padel schemes and discount retailer Sports Direct is stocking £35 rackets.

The sport emerges as physical inactivity rises in England, with 23% of adults inactive in 2021, up from 21% in 2019. Over that period the proportion of children and young people who were physically active fell from 47% to 45%, according to official data.

Game4Padel, a company backed by Murray and Van Dijk, intends to build courts at tennis clubs, state and private schools and leisure centres.

It predicts that if the sport grows as fast as it has in Sweden, more than a million Britons could be playing within five years, partly because it is easier to master than tennis and uses less space.

Hundreds of thousands of Swedes have taken to the sport in just a few years, but some padel centres have recently been forced to close because of an oversupply.

For social five-a-side footballers with creaking knees, the sport offers a halfway house on the way to the more sedate pursuit of golf, said Andrew Clark, the national sports manager at Better.

“In the last 18 months we have been inundated by companies wanting to find space to put these courts,” said Clark, who took up the game after becoming frustrated with tennis.

“You’re always waiting for someone to get a serve in, or if you are playing with kids you’re chasing balls around the park,” he said.

Better is hoping to attract football and netball players to the game, he said, adding that on the space occupied by two people playing singles tennis, a dozen people could play padel.

Neil Percival, the director of UK Padel, which runs two courts at Holmer Green Padel in Buckinghamshire, where 600 people have registered, said the youngest member is six and the oldest are in their 70s.

“There’s no reason these age groups can’t play together,” he said, because the sport requires anticipation as much as physical speed.

“A game of padel is more fun for most people than a night out with Gazza,” he said. 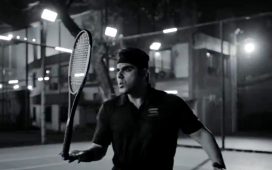 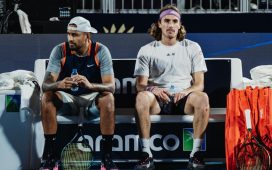 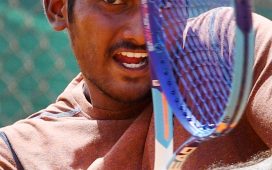 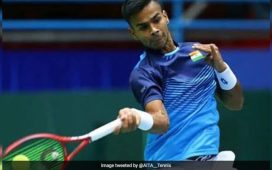 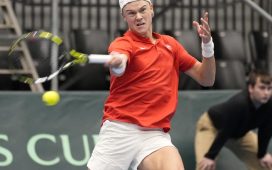 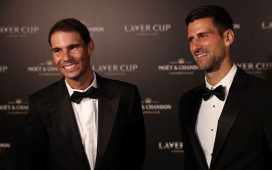