Is everyone missing something about Arizona State? 5 paths to a Sun Devils surprise in 2022


TEMPE, Ariz. — Prediction season is upon us. Publications roll out previews with projected win totals. The Athletic’s State of the Program series is up and running. Soon, college football media will start voting in conference preseason polls.

For Arizona State, a team that has suffered key transfer losses, this stage of the offseason was not expected to be pretty. Yet somehow it’s been … fine? As it turns out, not everyone is so down on the Sun Devils. One example: Of the Pac-12 teams, FanDuel gives Arizona State the fifth-best odds to win the conference.

Under the circumstances, this is a victory.

Arizona State likely will be slotted fourth behind Utah, USC and UCLA in the Pac-12 South in the summer preseason poll. Given the roster turnover, that’s fair. But what needs to happen for the Sun Devils to contend? Here’s a closer look at five possibilities.

Arizona State could surprise if …

… Emory Jones is an upgrade at quarterback.

This may not be a stretch. While previous starter Jayden Daniels had a strong freshman season, prompting some to predict he one day would compete for the Heisman Trophy, his performance dipped in 2020 and 2021. Had he not transferred to LSU in the spring, Daniels would’ve entered his fourth Arizona State season as a question mark. It’s not that his job was in jeopardy, but could he return to his 2019 form?

Jones is similar to Daniels. Even though Daniels struggled as a passer, he still was a threat, mostly for his ability to extend plays. For better or worse, this ability was a big part of Arizona State’s offense last season. A play would break down, and off Daniels would go, picking up a first down and more. According to Pro Football Focus, Daniels last season ranked sixth nationally among quarterbacks with 873 rushing yards. Jones was right behind him with 817. That’s a nice starting point.

The key will be whether Jones can spark the passing game. He was up and down at Florida last season. Although Jones started 12 games, he often split time with backup Anthony Richardson. He completed 64.7 percent of his passes for 2,734 yards and 19 touchdowns with 13 interceptions. If Jones limits his mistakes, Arizona State could be in good shape here.

When Edwards mentioned Arizona State might add a transfer quarterback, the biggest question was obvious: What quarterback would come to a school that’s in such bad shape at receiver? Since November, the Sun Devils have lost five scholarship receivers, including top targets Ricky Pearsall and LV Bunkley-Shelton. They return just 19 percent of last season’s receiving yards.

The addition of Vanderbilt’s Cam Johnson helps. As a slot receiver, Johnson had team highs of 56 catches for 545 yards in 2020. Last season he had 34 for 327. His SEC experience and skill level should translate well in the Pac-12. But Arizona State needs more. Edwards no doubt will continue to add transfers (four-year or junior-college) but he also needs the guys in place to step up.

Badger might be the most important. Last season he had just seven catches for 61 yards. He scored off a couple of reverses. But there’s more there. Badger’s development could give Arizona State an explosive playmaker and better offensive balance. He could be a difference-maker.

… the transfers solidify the O-line.

Arizona State’s line is a mystery. The losses of Diesch, center Dohnovan West and right guard Henry Hattis will be hard to overcome. However, Diesch did leave Texas A&M as a backup and develop into a second-team All-Pac-12 selection in Tempe. And if Glass isn’t ready, the Sun Devils brought in four transfers (Holmes, San Diego State’s Chris Martinez, Northern State’s Emmit Bohle and Iowa State’s Joey Ramos) to provide more experienced options. Arizona State has had success plugging holes like this. It’s a gamble. But the payoff could lead to Pac-12 South contention.

First it was the secondary, which lost all four starters. Then Eric Gentry, a promising linebacker who transferred to USC. Then defensive tackle Jermayne Lole, who entered the portal (but still might reverse course and return). Amid all the scary headlines, it’s possible everyone’s underestimating what the Sun Devils still have in place.

Linebacker Kyle Soelle, the team’s leading tackler last season, is the ideal college football player: steady, accountable and dependable. No guessing what Soelle will bring Saturday. He does it every week. Fellow linebacker Merlin Robertson has played in 41 games. While Gentry leaves a hole, an Athletic subscriber recently pointed out I was overlooking second-teamer Connor Soelle, Kyle’s younger brother. He’s correct. Connor could be ready for a bigger role.

The line would miss Lole if he chooses to leave, but Arizona State has solid depth and adds Miami transfer Nesta Jade Silvera. The secondary is the question, and presenting it like this probably offends Edwards. After all, he was a starting corner for 10 NFL seasons. In addition, coordinator Donnie Henderson has coached defensive backs at the pro level. Then there’s special assistant Marvin Lewis, who coached one of the best defenses in NFL history, the 2000 Baltimore Ravens. While Arizona State may have to rely on transfers, the secondary may not be as big a concern as everyone makes it out to be.

Part I: There’s a feeling that the weight of an NCAA investigation that includes questions about Edwards’ future is too big an obstacle for program success. Look at last season: Even though the Sun Devils went 8-5, players admitted that all the speculation, chatter and turnover became a distraction. But what if that’s no longer the case? What if coaches and players feel like the worst is behind them? That even though the investigation continues, they can practice and play without fear of losing a position coach? It’s possible.

Part II: What if fans and media have focused so much on the guys leaving the program, they’ve failed to understand the impact of transfers entering the program? We’ve mentioned Emory Jones and Cam Johnson. We’ve mentioned the linemen and defensive backs. We have not mentioned Wyoming transfer Xazavian Valladay, who rushed for 3,274 yards in four seasons for the Cowboys. We have not mentioned former Missouri tight end Messiah Swinson, one of six SEC transfers that also includes Alabama quarterback Paul Tyson and Mississippi State linebacker Rodney Groce. While some transfers didn’t play much at their previous schools, sometimes a change of scenery works wonders. 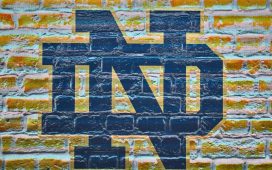 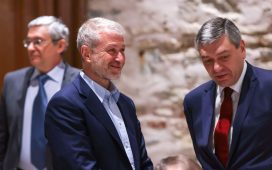 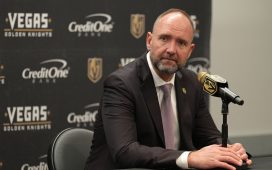 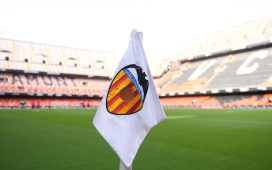