Iran’s capture of a South Korean-flagged tanker at sea last week has been described by the US as extortion. But Tehran says it is Seoul that is the hostage taker — accusing it of holding $7bn of its cash.

Just weeks before US president-elect Joe Biden is due to take office, the Islamic regime engaged in two moves seen as highly provocative by the west. It decided to boost uranium enrichment to 20 per cent, a further breach of levels agreed in a 2015 nuclear agreement abandoned by the US and a move that could complicate talks between Mr Biden and Tehran.

The seizure of the ship is part of a long-running dispute over $7bn of Iranian cash trapped in South Korean banks and reflects increased pressure inside Iran for the release of tens of billions of dollars it says are held in Chinese, Indian and Iraqi banks because of concerns about US sanctions.

“First, our calculation is that Americans cannot do anything now when their generals are busy trying to calm down Republicans and Democrats,” said a regime insider close to hardline forces in Tehran, referring to tensions in the US ahead of the inauguration.

“Second, Iran’s two steps were neither related to each other nor were meant to provoke the US. Seizure of the tanker was an economic decision to force South Korea to unfreeze billions of dollars of our money.”

The Islamic republic, which has been struggling with US sanctions, is under massive economic pressure and battling the worst coronavirus crisis in the region. The seizure of the Hankuk Chemi on Monday, allegedly for pollution, follows Iran’s complaint last month about the difficulty in transferring €180m from Seoul to buy coronavirus vaccines.

“They [the Koreans] needed a slap in the face, after our quarrels bore no fruits, so they realise that they cannot block Iran’s money when we are desperate to buy medicine and vaccines,” the regime insider said. “They should realise that the answer to our emails is not simply ‘we are sorry’. Now, they have to come and negotiate with us over their tanker when we can whisper in their ears: ‘where is our money?’”

It is rare for Iran to create a public controversy over money with its business and political allies. But analysts say Seoul’s apparent indifference in the face of the coronavirus crisis prompted Tehran to act.

“Even China has been giving Iran cash to survive but Koreans treated as if they did not care at all which made Iran furious,” an analyst said.

South Korea’s first vice foreign minister Choi Jong-kun is scheduled to visit Tehran on Sunday to negotiate the release of the tanker and its crew.

Despite Iran’s claims, South Korea foreign ministry said the US has approved Seoul’s request to use part of the frozen Iranian funds for securing vaccines through Covax, a global vaccine procurement facility. And over the past year a small portion of the funds has already been used to send drugs and medical equipment to Iran.

Tehran has not progressed the bigger vaccine deal because of its concerns the funds might be again blocked by the US during conversion into dollars for the transaction with Covax, the foreign ministry said.

“We have the experience of US courts having issued unfair verdicts against Iran’s assets . . . and could not put Iranian people’s money at the risk of confiscation,” Iran’s central banker governor Abdolnaser Hemmati said last month about fears cash from South Korea would be blocked. On Friday, Iran’s supreme leader Ayatollah Ali Khamenei banned imports of vaccines from American and British companies.

The state department told the Financial Times the US “has been clear” that sanctions do not target legitimate humanitarian transactions, including for vaccines. It did not comment further.

Kyle Ferrier, a fellow at the Korea Economic Institute, a US think-tank, said the US could send an explicit and “vocal” signal to both Tehran and financial institutions that the transactions would not violate sanctions. “There’s no way in which South Korea can resolve this on their own,” he added.

More broadly, Iranian analysts estimate tens of billions of dollars owed to Iran are held outside of the country. “Nobody outside the government knows how much exactly is stuck in overseas banks but I guess it must be between $100-120bn which belongs to state organisations such as the central bank and the oil ministry,” said Saeed Laylaz, an economist close to the government of Hassan Rouhani.

“This money is for the goods, mainly crude and petrochemicals, Iran has exported to countries such as China, India, South Korea, Turkey and Iraq. It can only be released with the lifting of US sanctions. In the meantime, Iran tries to use some of it for imports of food and medicine and vaccines.”

In recent days, Iran has also stepped up pressure on Iraq, which it says owes it more than $6bn for gas and electricity imports.

The push for cash reflects in part tensions ahead of Iranian presidential elections this year. The parliament, dominated by hardliners who hope to win the presidential poll in June, forced a reluctant government of centrist president Hassan Rouhani last month to dramatically increase uranium enrichment activities. Iran has always denied it wants nuclear weapons. 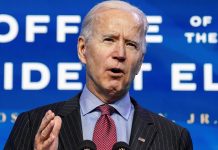 Biden heads into inauguration with a stock market tailwind 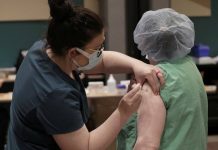 CDC warns Covid-19 variant could dominate US by March 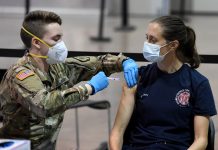 Biden to deploy FEMA, National Guard to set up Covid vaccine clinics across the U.S. 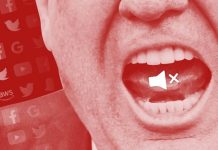 Donald Trump, Twitter and the messy fight over free speech 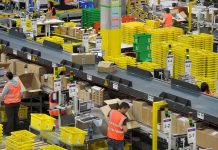 Vaccine passports: what are they and do they pose a danger to privacy? 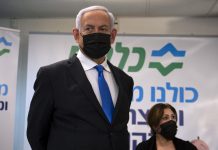 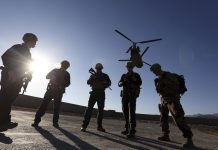 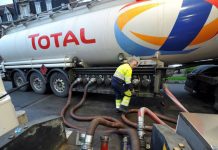 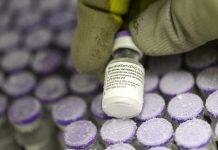