New lettings have been completed at 9 per cent ahead of estimated rental values and capital of just under £200m has been raised for new assets, writes Emma Powell.

No subsector of UK real estate is more en vogue than logistics. On trend Warehouse Reit unveiled a 28 per cent total accounting return for the 12 months to March, well ahead of an annual target of 10 per cent. Alongside the fat dividend, the portfolio of industrial assets rose almost a fifth in value on a like-for-like basis.

The Reit raised just under £200m in gross proceeds for acquisitions during the 12-month period, but shareholders will probably forgive the dilution to their holdings. Warehouse Reit has demonstrated a strong ability in mining impressive returns from assets that are in high demand thanks to the acceleration in ecommerce.

It completed 54 lettings of vacant space at an average 9.2 per cent ahead of estimated rental value. The ERV across the portfolio rose by 3.7 per cent on a like-for-like basis.

“[There is] definitely a rising awareness among occupiers of the limited choice in terms of available space,” said Andrew Bird, managing director of the Reit’s investment adviser, Tilstone Partners. The landlord is not only agreeing leases at higher rents, said Bird, but increasingly signing deals for terms of 10 years, up on the typical five year duration.

House broker Peel Hunt increased its forecast net asset value at the March 2022 year-end by 7 per cent to 144p a share. The shares have risen by almost 30 per cent over the past 12 months as investors have been attracted to the generous income on offer. In February the Reit announced its intention to list its shares on the main market later this year, which could broaden the shareholder register even further. While the shares still trade at a marginal discount to forecast NAV, buy.

M&S’s shrinking clothing business was hit further during the pandemic, as the management needs to overhaul its tired brands, writes Oliver Telling.

Marks and Spencer knows the value of its food business. Last month the company announced it would take German rival Aldi all the way to court in order to protect the copyright on its Colin the Caterpillar cake.

The increasing need to build a competitive moat around its food aisle was underlined in the retailer’s latest results. In the year to March, M&S said UK food sales made up almost two-thirds of its total revenues, up from 59 per cent during the prior year.

Yet as the coronavirus pandemic hit demand for its clothing and home products, the resilience of M&S’s supermarket operation has not been strong enough to support the top line, which dropped 12 per cent to £8.9bn. From a pre-tax profit of £67.2m in the previous year, it swung to a £201m loss, exacerbated by the increasing reliance on traditionally lower margin food sales.

A descent into the red was not only the result of weaker revenue, but exceptional charges that totalled £260m. Those largely related to store closures and a head office cull, as management embarks on a dramatic overhaul of the business.

M&S’s reliance on its supermarket business has increased further in the short term, as consumers spent less on fashion during lockdown. Yet the proportion of sales from clothing products was falling even before the pandemic. In the year to March 2018, 35 per cent of revenues came from clothing and home; food sales have gobbled up more of the M&S cake every year since then.

While M&S has found a niche supplying upmarket meals for the middle classes, its fashion lines have struggled to stay competitive. Once a hallmark of UK quality, it is now playing catch-up with the likes of Next, which has adapted quicker to the rise of ecommerce and demands for fashion to be faster and trendier.

M&S’s clothing business is likely to continue shrinking unless the ongoing shake-up can make it fashionable again. Investment is being funnelled into an ecommerce drive — it said it has closed or relocated 83 stores, and now plans to shut 30 more. The online push will match the earlier revamp of its food operation, which joined forces with online grocer Ocado in 2019; the partnership delivered £2.4bn in revenues to M&S during the 12 months to February.

Helped by the shift online during the pandemic, M&S’s online growth accelerated this year, partially offsetting the decline in store sales. Yet even with the revamp in full swing, analysts are still not anticipating earnings per share to return to pre-pandemic levels by 2024, according to the consensus forecast.

The tagline for M&S’s overhaul strategy — Never the Same Again — would seem to underline management’s awareness of the company’s below-par performance in recent years. A satisfactory online operation has been a long time coming, but filling the website with clothes that shoppers actually want to click on and buy could prove the most difficult step. Investors should wait for more positive signs.

Ted Baker has extended its revolving credit facility by over a year, although the total money available from its creditors has been cut, writes Oliver Telling.

The high street retailer previously had a “restricted” revolving credit facility (RCF) of £25m maturing in January 2022, and another £108m credit line until September that year. But under a new agreement with its lenders, these will be replaced by a £90m RCF, which will reduce to £80m in January 2022 until the maturity date of November 2023.

When combined with a net cash position of £66.7m at the end of January this year, Ted Baker says that the new arrangement with its creditors will ensure it has the cash and liquidity to deliver on its transformation plan. It added that the deal includes amendments to covenant tests relating to its adjusted cash profits (Ebitda) performance, which will provide it with “further financial flexibility”.

Ted Baker had begun shaking up its business before the Covid-19 pandemic struck, which includes boosting its online focus and increasing the turnover of its stock as it tries to keep up with the rise of ecommerce and fast fashion. The revamp has been led by a new chief executive, Rachel Osborne, who was appointed in December 2019 on an acting basis, before taking up the post permanently in March last year.

But the high street shutdown during the Covid crisis has dealt a substantial blow to Ted Baker’s plans. When reporting results for the half year to August 8, the company said it had decided to send 38 tonnes of “terminal stock” to charity. Statutory pre-tax losses almost quadrupled year on year, to £86.4m, on the back of lower sales and £48.1m of impairment charges.

Many investors’ have lost confidence in the retailer — the shares have shed almost 15 per cent of their value since the onset of the pandemic. Eyebrows have probably been raised again, after the company announced that the publication of its full-year results would be delayed by over a week to June 10, which it blamed on disruption to the audit process caused by Covid-19.

Still, Ted Baker says that its earnings for the year to January 30 will be in line with market expectations; analyst consensus compiled by FactSet projects that pre-tax losses will narrow from £79.9m to £35m. A digital revamp is welcome and long overdue, but investors should bear in mind that its completion could take some time.

Investors in emerging markets investors must be on guard against being misled by the experiences of their formative years.

In 1994-95 rising US interest rates triggered a slump in emerging markets. Ever since, many investors have feared that Fed tightenings are terrible for emerging market equities. With rising rates looking increasingly likely, investors can therefore be forgiven for being worried.

While that experience looms large in our minds, however, it was not typical. In fact, since 1991 there has actually been a slight positive correlation between annual changes in the fed funds rate and MSCI’s emerging markets index, which means that higher interest rates have more often than not been accompanied by decent returns on these stocks. Rising rates in 2005 and 2016-17, for example, saw them do well. And many falls in emerging markets have come without any help from the Fed, such as in 1998, 2001-02 and in 2015.

There are good reasons why emerging markets need not fear higher US rates. The Fed usually forewarns us of its intentions to raise rates long in advance, so markets should price in rising rates long before they happen. And the Fed only raises rates when it is confident that the US economy is strong enough to withstand them. But these are circumstances in which investors’ appetite for risk is rising — something great for emerging markets.

In fact, recent history tells us that, insofar as there is a threat from US interests to emerging markets, it comes from precisely the opposite direction. It is expectations of lower rates that are bad for them.

This is because falling yields (which usually happen when the world economy is expected to weaken) are a sign of falls in investors’ appetite for risk — and because emerging markets are especially risky assets they are very sensitive to such falls.

If a rising fed funds rate is accompanied by rising bond yields, emerging markets should therefore do well. It’s not that higher yields cause them to do so, but that the circumstances in which yields rise are good ones for the sector.

Does this mean emerging market investors can safely ignore the threat of higher rates?

One danger is that rising rates could strengthen the US dollar. This would hurt emerging markets, because a strong dollar raises the costs of raw materials and of servicing dollar-denominated debts.

A second danger is that if investors fear that higher rates would seriously weaken the world economy they would dump risky assets generally.

These two threats, however, are to some extent mutually exclusive. The dollar is most likely to rise in response to higher rates if the US economy look like staying strong. In such a case, demand for risky assets would stay high.

There is, however, a third danger. Our long period of near-zero rates might have broken the historic link between rate changes and emerging markets. Investors might have bought risky assets not because of their actual merits but simply out of disillusionment with the lack of return on cash. To the extent that they have done so, rate rises would see emerging markets fall as investors shift back into cash.

Sadly, we don’t know the extent to which there has been such a reach for yield, nor whether it will be reversed if interest rates rise only slightly. It’s likely that there has been some, but perhaps more so in riskier bond markets (where yield has been on offer) than in stock markets.

So yes, a higher Fed funds rate is a danger for emerging markets. But it is a secondary threat. A bigger danger would be a loss of appetite for risk triggered by the threat of recession or financial crisis. Such a loss is of course inevitable at some time, but that isn’t to say that it is imminent.

Chris Dillow is an economics commentator for Investors’ Chronicle 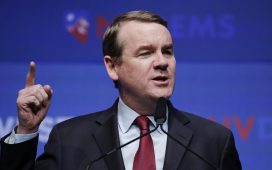 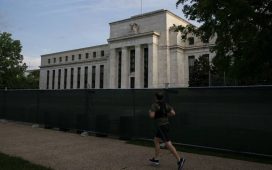 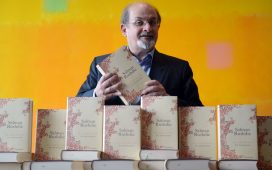 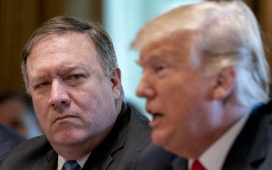 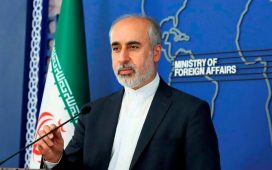 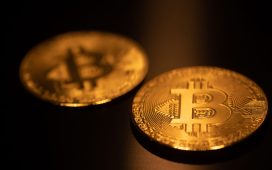