An influential investor group has warned 63 publicly listed companies, including Stagecoach Group and the Ladbrokes owner GVC, over their failure to increase the number of women on their leadership teams ahead of a year-end deadline.

It marks the third successive year that the Investment Association (IA) has written to companies lagging behind on key targets that aim to bolster the proportion of women in boardrooms and executive committees to 33% by the end of 2020.

It is part of a joint effort by the IA, which represents 250 members with £7.7tn in assets under management, and the Hampton Alexander review, which set the goals for Britain’s top 350 listed firms in 2016.

The letter, which has been sent to nearly one in five of the companies targeted by the review, urges the firms to detail how they plan to address the gender imbalance by the looming deadline.

The IA chief executive, Chris Cummings, said: “Diversity results in better decision-making and plays an essential role in a company’s long-term success. Investment managers have been clear that as a minimum they want to see companies meet this target for gender diversity, and those which fail to do so risk facing dissent in the AGM season.”

The Hampton-Alexander review has two targets for firms listed in the London Stock Exchange’s FTSE 100 and FTSE 250 indices for the UK’s 350 largest listed businesses.

One target applies to executive committees and the other to board positions including a company’s chair and non-executives as well as the chief executive and finance chief. The latter target was successfully met by FTSE 100 boards in February, almost a year sooner than expected.

However, 24 companies listed on the FTSE 250 still have only one woman on their board. Thirteen received the warning letters for a second year, including Domino’s Pizza, the packaging firm Hilton Food Group and the gambling company 888 Holdings.

The letters also aimed below the board, targeting 35 of the FTSE 350’s all-male executive committees for the first time, including four companies on the blue-chip index. They include the estate agent Savills, Premier Oil and the fertiliser miner Sirius Minerals.

A further four FTSE 250 firms were singled out for having an all-male executive committee and only one woman on their board.

The IA has also pledged that its Institutional Voting Information Service will give its highest warning to firms that fail to address a lack of female representation.

The business minister, Martin Callanan, said: “It is not just government calling for greater diversity at the top of our FTSE 350 firms, shareholders are taking action too.

“The message is clear: those businesses that fail to take diversity seriously risk losing the confidence of their investors. The work of the Hampton-Alexander review is crucial to making the UK the best place to work and grow a business.” 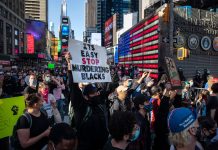 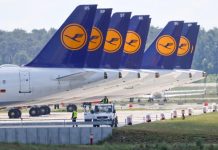 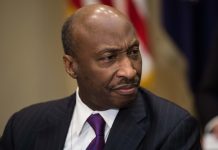 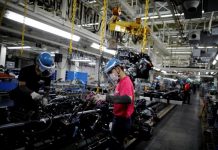 ‘A Heartbreaking and Painful Week’

LL Bean is reopening its flagship store closed in mid-March 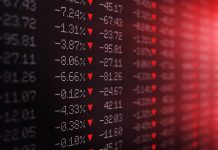 Global CFOs more negative on economy and expect big coronavirus hit to their company in 2020: Survey