Scientists from The University of Texas Health Science Center at San Antonio (UT Health San Antonio) today reported that an inflammatory trigger like one present during viral infections is elevated in Alzheimer’s disease and progressive supranuclear palsy, a rare brain disorder.

“We have identified a new trigger of brain inflammation in these disorders,” said Elizabeth Ochoa, PhD, study author from UT Health San Antonio. The finding published in Science Advances is novel for this reason, she said.

Ochoa, a recent doctoral graduate, and her mentor, Bess Frost, PhD, study senior author, are investigators with the Sam and Ann Barshop Institute for Longevity and Aging Studies, the Glenn Biggs Institute for Alzheimer’s and Neurodegenerative Diseases, and the Department of Cell Systems and Anatomy at UT Health San Antonio. Frost is the Bartell Zachry Distinguished Professor for Research in Neurodegenerative Disorders.

Alzheimer’s disease and progressive supranuclear palsy are marked by toxic deposits of a protein called tau. Their research found that tau-induced “jumping genes” — which can relocate or copy themselves to other locations in the genome — form double-stranded RNA. This abnormal RNA mimics the inflammatory trigger that is also present in viral infections.

“Transposable elements — the so-called jumping genes — are a new area of interest in understanding Alzheimer’s disease. Our study provides new insights into how they can drive the disease process in addition to their ability to jump,” Ochoa said. “These double-stranded RNAs look like a virus to the immune system even though the jumping genes are a part of our normal genome.”

The researchers detected accumulation of double-stranded RNA in postmortem brain tissue from patients with Alzheimer’s disease and progressive supranuclear palsy and in brains of mouse and fruit fly models of tauopathy.

“We found substantial deposits of double-stranded RNA in astrocytes, which are cells that provide metabolic support for neurons, regulate neurotransmitters and maintain blood-brain barrier integrity,” Frost said. “In aging and disease, astrocytes respond to injury and disruption of the neuronal environment. Our findings open new doors for understanding astrocyte biology and their role in transposable element control.”

Loss of neurons, which are cells of the central nervous system, is progressive in Alzheimer’s and other neurodegenerative diseases.

The researchers conducted experiments in fruit flies to quickly test their questions about double-stranded RNA and inflammation in the brain. “To ensure that what we found in our fruit fly experiments is relevant to mammalian disease, we also studied brain tissue from mouse models and from postmortem human brains affected by tauopathy,” Ochoa said.

“As we are currently targeting jumping gene activation in a local Phase II clinical trial for patients with Alzheimer’s disease, it’s important to understand the full repertoire of toxic molecules, including double-stranded RNAs, that jumping genes produce,” Frost said.

Ochoa recently earned her PhD from the Cell Biology, Genetics and Molecular Medicine Discipline of the Integrated Biomedical Sciences program at UT Health San Antonio. She earned her undergraduate degree from Seattle University.

Frost, associate professor of cell systems and anatomy in the Barshop and Biggs institutes at UT Health San Antonio, received the highly competitive Edith and Peter O’Donnell Award in Medicine in 2020 from TAMEST, the Texas Academy of Medicine, Engineering, Science and Technology. She was also a Gold Medalist in 2022 for the Oskar Fischer Prize. 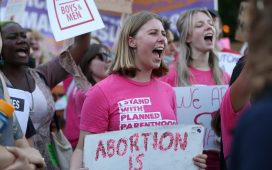 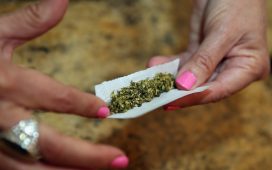 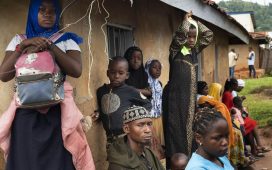 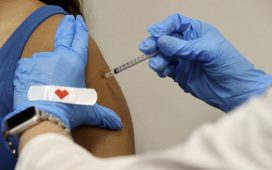 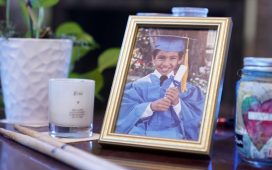