The president of the Australian Olympic Committee, John Coates, has conceded a more diverse group of athletes should have been used in an advertisement for a local underwear brand after harsh criticism from two-time Olympian Liz Cambage.

However, Coates defended the body’s broader record on race representation, as the AOC announced it had amended its constitution to ensure a permanent Indigenous representative on the body’s Athletes’ Commission.

An image from a promotional photoshoot with team sponsor Jockey released this week showed Australian Olympic and Paralympic athletes in sponsored outfits, but did not feature any athletes of colour.

Basketball player Cambage, a bronze medal winner at the 2012 Games in London who plays in the WNBA for the Las Vegas Aces, launched a scathing attack on social media. Cambage suggested she would boycott the Games if the situation did not change.

“If I’ve said it once I’ve said it a million times. HOW AM I MEANT TO REPRESENT A COUNTRY THAT DOESNT EVEN REPRESENT ME #whitewashedaustralia,” the 29-year-old, who has a Nigerian father, posted on Instagram.

Coates said Cambage’s comment “was to do with Jockey, we should have had more diversification in that advertisement”.

“I don’t think it holds for anything else we do,” he said after leaving the AOC’s annual general meeting. “You’ve seen the Asics [photo shoot] and you’ve seen the emphasis we place on Indigenous.”

The change to the AOC constitution means at least one Aboriginal and one Torres Straight Islander athlete must be on the Commission, with individuals selected by the AOC’s executive if no Indigenous athletes have been elected.

“I congratulate the Athletes’ Commission and its chair Steve Hooker for this initiative,” Coates said. “They have worked hand in hand with our Indigenous Advisory Committee led by Patrick Johnson to ensure we continue to make real progress.”

Johnson said the cooperation between the IAC and the AOC Athletes’ Commission had a positive impact on both groups.

“As an Olympian, a proud Kaanju man and Chair of the IAC, I am a great believer in timing,” Johnson said. “My thanks to Athletes’ Commission chair Steve Hooker for his drive to achieve this recognition.”

Hooker said the constitutional change would create an enduring legacy for Indigenous advancement through sport.

Cambage had earlier rejected an initial apology from the AOC, calling for more action on diversity.

“We have a diversity issue, we have an inclusion issue, and we have a visibility issue for kids growing up that don’t see anyone that looks like them in magazines, on TV, on the news, anywhere,” she wrote.

“And Australia, if you have an issue with my words, you are the issue, and you can kiss my black arse. And yes I saw the apology. Words don’t mean anything to me. Actions mean something to me. So let me see it.”

Australian tennis champion Todd Woodbridge was critical of Cambage’s comments, saying they showed “a bit of disrespect for the athletes in the photo”.

“Why do it that way? Why do it with the anger and the threats? You cannot threaten to pull out of representing your country, you’ve got the privilege to be there and to do something special,” Woodbridge told the Nine Network on Sunday.

“If you want to do something like that, why don’t you do it the way Naomi Osaka did it? I mean, she changed the world. She didn’t have to get out there and use language and threaten us all that we’ve done the wrong thing.

Cambage has been a vocal advocate for social justice causes and a critic of Australia’s treatment of Indigenous Australians. 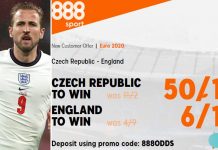 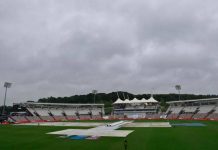 WTC final | Start of fourth day delayed due to rain 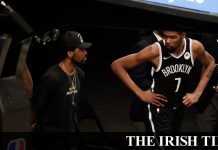 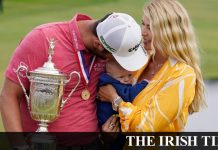 John Rahm thanks Padraig Harrington for advice on handling adversity 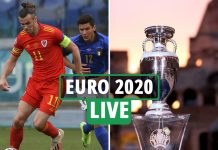 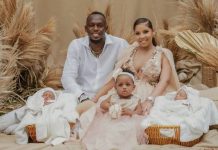 Rory McIlroy: US Open tie for seventh a ‘big step in right direction’ 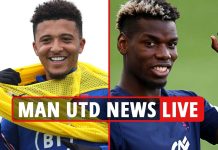