Four were members of Indianapolis’ Sikh community, dealing another blow to the Asian American community, as their deaths come one month after six people of Asian descent were killed in an Atlanta-area shooting spree, and amid continuing attacks and harassment against Asian Americans during the Covid-19 pandemic. Police chief Randal Taylor said that a “significant” number of employees at that FedEx facility are members of the Sikh community. It remains unclear whether Sikhs were targeted, authorities reportedly said.

Here is what we know about those who died. We will provide updates as information continues to emerge. Some families gave different spellings of victims’ names and different ages from those authorities provided.

“I am heartbroken to confirm that my naniji[maternal grandmother], Amarjeet Kaur Johal, is among those killed in the senseless shooting at the FedEx facility in Indianapolis,” said Komal Chohan, according to the Sikh Coalition.

Johal had planned to work a double shift Thursday so she could take an off-day Friday. She decided to pick up her paycheck at the warehouse and return home. Johal had her paycheck in her hand when authorities found her, the Indianapolis Star reported.

Authorities claimed that Kaur was 64, but her family said she was 50.

Kaur moved to the United States from India three years ago, and commuted to the warehouse with Amarjit Sekhonm, another victim, according to The New York Times. Rimpi Girn, a family member, explained to the newspaper that Kaur was the mother of Girn’s sister-in-law.

Kaur was going to make her “renowned yogurt” for her granddaughter’s second birthday party on Saturday. And during a recent family gathering, Kaur asked Girn for help obtaining her own driver’s license.

“No more license for her,” Girn said in the interview. “That’s it. It was just talk. She doesn’t need a license for anything now.”

Authorities provided Singh’s age as 68, but his family told the newspaper that he was 70.

Singh started working at the warehouse earlier this week, according to The New York Times. Singh was sorting mail on the night shift. “He was going to get his first check,” said Harjap Singh Dillon, whose sister is wed to one of Singh’s sons. “He didn’t get it.”

Singh lived with one of his sons in Homecoming, an Indianapolis suburb, near their gurdwara. Dillon told the Times that Singh was very involved performing community service through his temple. Before moving to Indiana, Singh lived in California.

“We are a very close family,” Dillon reportedly remarked. “We didn’t know he had been working last night.”

“He was a simple man,” Dillon recalled. “He used to pray and meditate a lot, and he did community service.”

While officials said Sekhon was 48, her relatives said she was 49.

Sekhon was the mother of two sons, ages 14 and 19. Girn, Sekhon’s niece, told the Times that she had relocated to Indianapolis from Ohio, so she could be closer to relatives. Sekhon started working at FedEx approximately six months ago, on an 11pm to 11am shift.

“We can’t even think of what to tell him,” said Girn of Sekhon’s youngest son. “All of a sudden last night his mom went to work, and she never came back today.”

Smith, 19, was a daughter and sister, Indianapolis Star reported her family saying. Smith’s relatives told reportedly said that they last heard from her just before 11pm local time, learning later that she “didn’t make it”. Dominique Troutman, her sister, waited hours at a Holiday Inn for an update on her sibling. “Words can’t even explain how I feel. … I’m so hurt,” Troutman said on a Facebook post Friday night, the Associated Press reports.

John Weisert, 74, was described as “well-groomed and punctual” by the New York Times. He had served as an Air Force officer during the Vietnam war era, and later worked as a mechanical engineer at various companies, his son reportedly said.

Weisert, also described as a “victim of downsizing”, started working the night shift as a part-time package handler around four years ago. Weisert had discussed leaving his job in May or taking a break this summer. Weisert’s wife of almost 50 years, Mary Carol Weisert, had recently been urging him to retire.

“She didn’t like him being over 74 years old and getting to be as weak as he was,” said his son, Mike Weisert. “He was hunched and arched over with his back. The job was killing him by inches, slowly. His career had been winding down and some of us were worried.”

Mike Weisert described his father as “somewhat of an introvert” with a “kind of a goofy, cornball sense of humor about him”. A fan of action and classic movies, he enjoyed playing country and bluegrass guitar. Weisert is also survived by a daughter, Lisa.

“He was a very decent, kind man, very dedicated to protecting and providing for the ones he loved,” Mike Weisert told the newspaper. 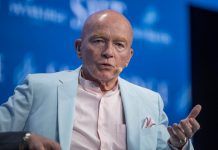 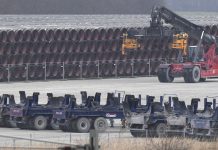 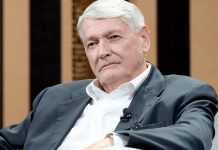 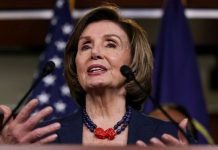 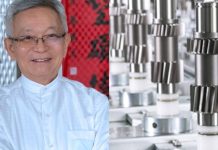 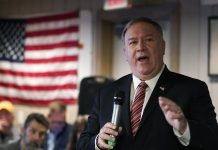 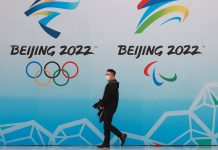 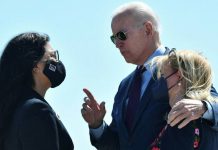