The transition from IUPUI to the two distinct institutions is expected to be completed by the fall 2024 semester. Presently, Indiana University owns and operates the IUPUI campus, but Purdue grants degrees for some of the academic programs. IUPUI’s current enrollment tops 27,000 students, making it the third largest four-year university in Indiana.

The Memorandum of Understanding (MOU) signed Friday calls “for a more energized role for each university and the production of more graduates ready to participate in the modern economy.” It also charges university leaders to develop a higher education model for the future that will strengthen the economic competitiveness of Indianapolis and Indiana.

According to the MOU, educational programs will be allocated as follows:

Indiana University (IU) will take over operation of what’s now the School of Science at IUPUI, except for its Department of Computer Science, which will become part of Purdue. IU will expand its Luddy School of Informatics, Computing and Engineering with new computer science programs in Indianapolis.

IU also expects to enhance the integration of its science programs with its School of Medicine and other allied health science schools, expanding the number of students who will be prepared for health science-based careers, including more doctors and nurses. IU will also establish collaborations in new research areas that are expected to benefit the state through increased funding and more startups.

In addition, IU will have responsibility for certain administrative services for both academic organizations and for maintaining the intercollegiate athletic program. IU will continue its programs such as business, law, nursing, social work and a wide range of other academic disciplines.

Purdue will assume responsibility for engineering, computer science, and technology as a fully integrated expansion of its West Lafayette campus. Purdue also intends to open a branch of its applied research institute on or near the current IUPUI.

Purdue projects that it will grow its Indianapolis enrollment by more than 1,000 students, and will build a new residential building to accommodate them.

The MOU also calls for expanded research activity in Indianapolis and enhanced funding for joint research initiatives. As an example, a new joint biosciences engineering institute will be created, involving Purdue’s Weldon School of Biomedical Engineering and other Purdue health-related disciplines, and Indiana University’s School of Medicine and health-related disciplines.

In the official announcement, Purdue President Mitch Daniels and IU President Pam Whitten both praised the new direction for their universities.

“This is an historic moment for Indianapolis, for IU, and for our entire state,” Whitten said. “We are building on IUPUI’s more than 50 years of accomplishment to propel us into becoming one of the preeminent urban research universities in this country. In addition to expanding our science and technology programs, we plan to grow across the board, create more opportunities for students, and become even more deeply integrated with the Indianapolis community through close relationships with local businesses, nonprofits, sports organizations, and more.”

Daniels added: “This new vision will enable the number of Purdue’s STEM graduates to grow and also provide more opportunities to our students and faculty both in Indianapolis and in West Lafayette. What we are announcing today responds to calls we have heard from Indianapolis and across the state for a bigger and more visible Purdue in Indianapolis. Our state and its largest city require a world-class, high-technology research presence of the quality Purdue represents.”

Indiana’s political leaders also signaled their support. Indiana Governor Eric Hocomb said, “IUPUI’s realignment will create a transformational change across Indiana’s landscape and far beyond… This bold move will ensure Indiana is a leader in developing the workforce of tomorrow and attracting more companies to Indiana that are on the brink of cutting-edge discovery.”

Joe Hogsett, the mayor of Indianapolis, commented, “As a university, a research institution, and a frequent civic partner, IUPUI has become a foundational Indianapolis resource. Today, as it evolves to meet the needs of a rapidly approaching future, I am confident that reputation will only deepen for residents.” 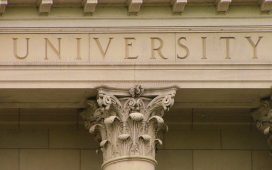 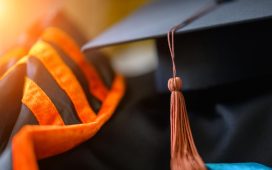