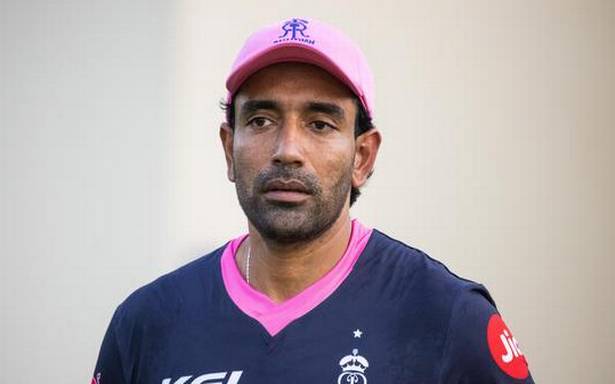 Rajasthan Royals batsman is one of the leading run-getters in IPL history.

Robin Uthappa’s IPL career began when the IPL began. He has been part of every season and is one of the most successful batsmen in cricket’s most glamorous league.

He has amassed 4411 runs (strike rate 130.5, average 28.83). Only seven men have scored more in the IPL history. After stints with Mumbai Indians, Royals Challengers Bangalore, Pune Warriors and most recently Kolkata Knight Riders, the 34-year-old has joined Rajasthan Royals. He spoke to The Hindu from Dubai. Excerpts:

You have played for various IPL teams – Mumbai Indians, RCB, Pune Warriors, and KKR. How do you feel being part of Rajasthan Royals?

Yes, it has been quite a journey. I’ve had different experiences at all the franchises I’ve been with ast the IPL and I would say that each one of those experiences was important.

I’m absolutely thrilled to be a part of Rajasthan Royals. It’s always been a franchise that has embodied the fighting spirit and one that just doesn’t give up no matter what the situation of the game is. I’ve already had a fantastic time here, I’ve connected well with people, the players, and the staff. The atmosphere is really good, I had two wonderful camps back in March which helped me settle in well and here in UAE we’re getting to know each other well and spending some good time with the team.

How strong do you feel this Royals side is?

I think we’re a good, balanced side. We’ve got a good mix of experienced players both on the Indian and on the international front. Varun Aaron, Jaydev Unadkat and I have all been around for a while now. We then obviously have the strength of some top foreigners such as Steve Smith, Jos Buttler and Ben Stokes, who have all been there on the biggest stage and have done it. Add to that some wonderful youngsters who’re all super talented and have the hunger to excel at this stage. I think we have covered pretty much all our bases and have a lot of options to suit different conditions and surfaces. More importantly players who can give a good fight regardless of the situation.

Any goals you have set for yourself at this IPL?

To help out and contribute to the team’s cause in any capacity. Hopefully, I can add value to the team, help out my fellow teammates, and do whatever is required for us to win the IPL this year and create some special memories.

What could be the challenges for the IPL in the UAE?

The heat is certainly a big challenge this time of the year in the UAE. Certain pitches would be similar to the ones back home, but it’s a long tournament and there will be changes as we go along.

You have been part of the IPL from inception. Has the growth of the IPL surprised you? Did you imagine it would become such a big, hugely popular event?

No. I mean back in 2008, you had the feeling of the IPL being big with the response the tournament had received initially. But I wouldn’t say that anyone would’ve envisaged it would become this huge global tournament it has. The interest the league generates is unbelievable and the passion the fans have for the tournament globally takes it to a different level.

You have been one of the most consistent and highest run-getters in the history of the IPL. What do you attribute your success to?

It has been a fantastic experience being a part of the IPL. The dynamics of the tournament have changed a bit over the years, and so have I…to be honest. My game has evolved over the years, I’ve been through different phases in my batting in these twelve years which have all contributed to my IPL performances.

As a batsman, I’ve always wanted to be positive in my approach and contribute in a manner that sets the right tone for my team. My roles in teams have varied, I’ve been at the top, have batted in the middle order, and have also finished games, so I’ve had to adapt according to the team’s needs. I would like to mention that I have absolutely relished these roles and I think that’s the key really — to never shy away from a challenge, adjusting to the situation, and giving it your all.

T20 was a relatively new concept when you began playing it. Do you recall the changes you had to make mentally and technically for this new format?

It is a version of the game that fits right up my alley as far my game is concerned. The freedom to go out there and play aggressively and dominate the attack is something I really enjoy. Over time it has become so competitive that one has to make constant changes to their game, approach and mentality. You have to merge it with the role that your team needs for you to be able to be successful. It has been a really fun experience and I feel like I am learning and growing everyday and with every new season of the IPL I feel like I’ve grown a little bit more.

You played a big part in India becoming the World T20 champion in 2007. How do you recall that campaign?

It was obviously a really special campaign. It was a very young side, and did not have any real exposure to T20 cricket at the time. Besides, a few of us were part of the forgettable World Cup campaign in the West Indies (in 2007), so it was a bit of a challenging phase. However, as a team, we were quite clear with our thinking and had very early on decided to take one match at a time and not think too far ahead into the tournament. I think the key was that we got along well as a unit and each one chipped in when the team needed it and that is what did it for us in the end, the entire team coming together to get us over the line.

How was life for you during the coronavirus lockdown?

It was slightly difficult to be indoors but on the other hand, it felt really good to spend some time with my family. We usually don’t get to spend time with family at such a stretch, so yeah it definitely felt good to be at home with my wife, my son, and my pup. I was involved a bit in the kitchen and other household chores but that was limited, of course.

Luckily I was able to train and keep myself fit which was vital because as a cricketer you need to be on your game and fitness is the priority for any cricketer these days. I am neighbours with Varun Aaron and Shreyas Gopal, so it was good to have a few cricketers around to catch-up and interact with during the lockdown.

European roundup: Real Madrid come from behind to win at 10-man Real Betis 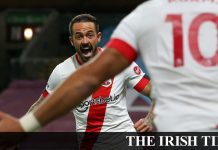 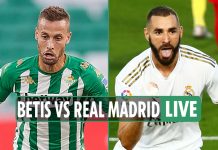 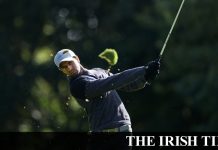 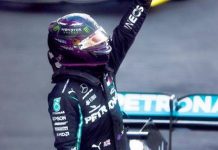 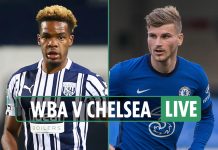