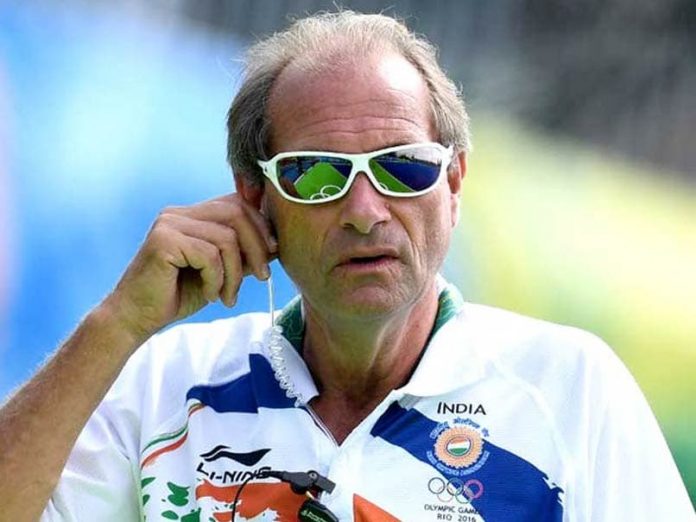 Oltmans’, who served as High Performance Director before doubling up as chief coach following the sacking of Paul van Ass last year, has helmed the team to the Azlan Shah Cup silver medal and most recently the Asian Champions Trophy gold.

India defeated Pakistan in the final to lift the trophy in Kuala Lumpur on Sunday. The side had also done well to make the Olympic quarterfinals under him.

“Yes, we got a request from Hockey India asking about renewal of Oltmans’ contract till 2020 Tokyo Olympics. Looking at the team’s progress and his performance, the Sports Authority of India doesn’t have any problems. So, we have forwarded the file to the Ministry. So you can say it’s in progress,” a top SAI source told PTI.

“He has done a great job with the team and he deserves it. Regarding his terms and conditions, there are minute changes which I won’t like to get into,” he added.

Oltmans said he is looking forward to the extended tenure as he has been informed of an impending extension.

“Yes, I got to know that my contract has been renewed. I got to know it from HI. There are minute changes in my terms and conditions but I am yet to get an official confirmation,” he said.