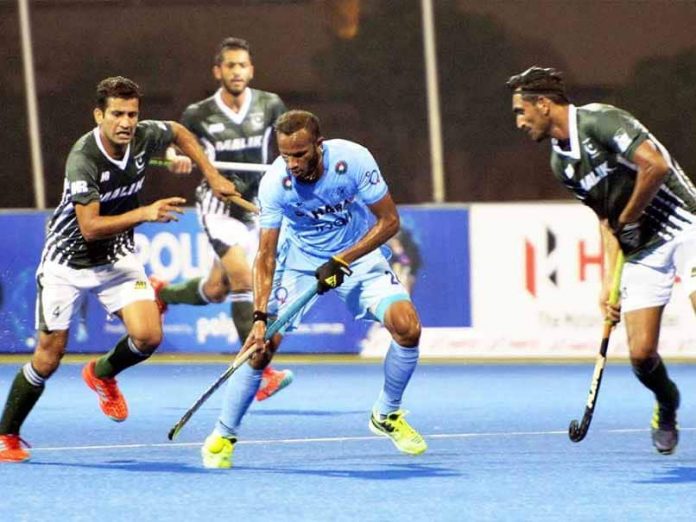 Champions Trophy 2018 which will be held in Netherlands from June 23 to July 1. © AFP

India will take on Pakistan in the opening match of the Men’s Hockey Champions Trophy 2018 which will be held in Netherlands from June 23 to July 1. That match will be followed by another eye-catching fixture, with home favourites and European champions Netherlands taking on Olympic and Pan American champions Argentina. A sensational opening day of action will be rounded off by the meeting between Australia and Belgium who will meet in what is certain to be a hugely competitive fixture between two of the best attacking sides in the world.

Other schedule highlights include a showdown between European neighbours Netherlands and Belgium on June 24, while a rerun of the 2016 Olympics final between Argentina and Belgium is slated for June 26.

Argentina will be looking to reverse their loss to Australia in December’s Men’s Odisha Hockey World League Final on the last day of the round-robin on June 30.

The Netherlands and India, the champions of Europe and Asia respectively, will clash on June 30.