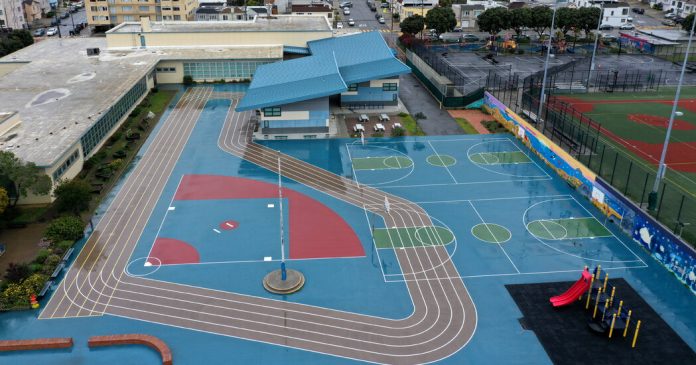 In San Francisco, restaurants, movie theaters and museums are open at reduced capacity. The share of coronavirus tests that come back positive in the city has stayed low since a surge over the summer.

But as some of San Francisco’s private and parochial schools have begun to reopen their doors, its public school district has not set a timeline for resuming in-person instruction, except to say that it is not likely in this calendar year.

That has made San Francisco the latest flash point over school reopening. This politically progressive city is also California’s most unequal area, and its sharp debate about how best to safely educate low-income and minority students during the pandemic resonates across the country.

Last month, in the wake of months of protests for racial equity across the country, San Francisco’s district administrators recommended a significant move. They told the principals of roughly one-third of the district’s 125 public schools that their communities should start brainstorming new names for their schools, because the current names had historical associations with slavery, genocide, colonization or other injustices.

The list included schools named for George Washington and Thomas Jefferson, as enslavers; Abraham Lincoln, for his treatment of Native Americans; and even the state’s senior U.S. senator, Dianne Feinstein, over reports that, as mayor in 1984, she replaced a vandalized Confederate flag outside City Hall.

The news prompted a scathing statement from Mayor London Breed, who called it “offensive” — to parents and to students — for the district to be focusing on renaming schools when it had no definitive plan for reopening them.

“I had had it, honestly,” said Breed, in an interview with our colleague Kate Taylor on Oct. 22. “From my perspective, they weren’t providing clarity about one of the most important things to kids and families in this city.”

San Francisco is 48 percent white, but as of 2019, the city’s public schools were 15 percent white. Forty percent of students were Asian, 27 percent Latino and 7 percent Black.

“The achievement gap is growing, and there are kids who live in poverty who are falling behind,” Breed said.

What do parents want?

The president of the Board of Education suggested that parents of color, whose families have been hardest hit by the pandemic in both the Bay Area and across the country, were less eager to send students back to school. And it is true that child care centers for low-income families are operating below capacity.

“I would imagine that families are choosing not to go because they’re afraid,” said the board president, Mark Sanchez. He has argued that calls for reopening are largely coming from a small group of well-off parents.

Too simplistic, says Dheyanira Calahorrano, a community health worker who has an 11-year-old son in public school.

Her neighbors in the Mission District, a historically Latino neighborhood, are afraid of catching the virus, but many parents still want their children back in classrooms, she said. Some mothers worry that their children are not making academic progress and are struggling with behavioral problems. Others have decided not to go back to work, to be able to help their children with distance learning.

“We are suffering an educational crisis,” Calahorrano said.

The power of teachers’ unions

Although children are at lower risk if they are infected, teachers tend to be older and at higher risk. (Schools, other than an earlier outbreak in Israel, do not seem to be stoking community transmission.)

In San Francisco, the teachers’ union has said conditions are not yet safe for classroom instruction. Across the bay, in Oakland, the unions have said that their members do not want to return until there is essentially no local transmission.

One hurdle is setting up a program of surveillance testing for school staff. State guidelines suggest testing all teachers every two months. Sanchez, the San Francisco school official, wants teachers tested every week.

“That’s what the private schools are doing,” Sanchez said. “Why aren’t our teachers worth that?”

Out of all children aged 10 to 18 treated at the hospital’s emergency department, 16 percent screened positive for suicidal thoughts in September, an increase from 6 percent in March, according to Jacqueline Grupp-Phelan, the chief of pediatric emergency medicine at the University of California San Francisco.

“We really, absolutely, have to consider that the cure might be worse than the disease,” Grupp-Phelan said.

Experts have expressed concern that if San Francisco and other Bay Area districts wait much longer to open schools, infections will rise significantly again, making it more difficult to reassure people that schools are safe.

Matt Aldrich, the executive medical director of critical care at U.C.S.F. and a father of two children in the district, said he was disappointed that there had been little discussion among members of the Board of Education about the largely reassuring evidence so far from school reopenings across the country and abroad.

“If we say that the only way that we can return to school is to have some plan that seemingly guarantees that there will be zero cases at all, that just strikes me as setting us up to never return this year,” he said.

“Shout out to all the parents making breakfast, turning on PBS Kids, singing songs, & keeping tiny people balanced and protected in the midst of all of this,” Joshua DuBois, a parent and former member of the Obama administration, wrote on Twitter.

We’re just nodding along to that, but wanted to also offer resources. If you’re a parent, here are a few tips to help your kids process the election. (Here are tips to manage your own stress, too.)

And if you’re a teacher, it might be good to open up class for questions and reflections, since the election outcome will affect students, too.

Sign up here to get the briefing by email. 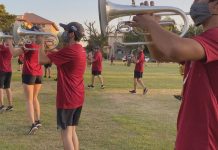 Pantyhose and Trash Bags: How Music Programs Are Surviving in the Pandemic

'The job market isn't totally on its knees': why there's hope for anxious graduates 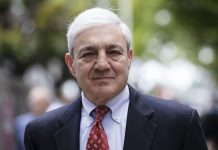 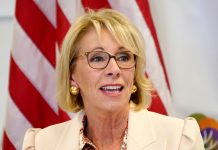 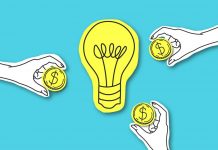 Giving Tuesday: How Education Philanthropies Are Supporting Learners And Workers

Tyne and Wear deaths: 'We gave her a pep talk, she was to go and be remarkable' 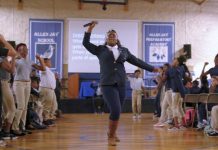 How One School Is Sustaining A Culture Of Engagement And Leadership 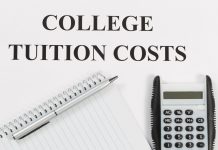 Reducing College Tuition: An Idea Whose Time Has Come 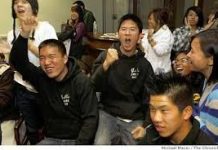 Today’s Education Battles: Lessons From A Campaign That Saved JROTC In The Public Schools