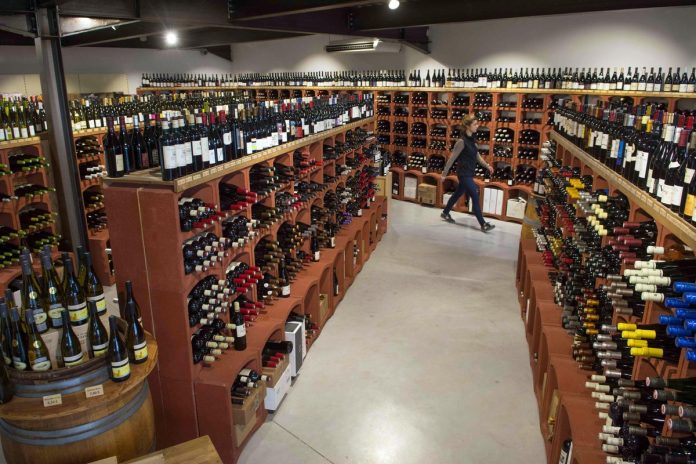 As Americans hunker down for extended periods of self-isolation, the liquor business is seeing a tremendous surge in sales. According to Nielsen, by mid-March the boost was already more than 26% above the same period last year. But there’s at least one state in the Union bucking that trend—and it has nothing to do with the will of consumers. In a particularly cruel twist of irony, the Pennsylvania Liquor Control Board closed down all 600 of its off-premise locations indefinitely, at 9 p.m. on St. Patrick’s Day. It remains the only part of the country where residents have such limited access to distilled spirits. And it isn’t as trivial a matter as some might suspect.

Pennsylvania is one of 17 ‘control states’ across the US, where government agencies are the exclusive purveyor of liquor. So as sales shift to online delivery services in most places, it’s not an option for residents of the Keystone State. Yet each of Pennsylvania’s controlled counterparts has devised temporary solutions to keep the liquid flowing.

In Alabama, for example, the state reduced the number of opened stores—redistributing employees to fewer locations. They’re encouraging credit card sales and having store personnel retrieve customer orders. In North Carolina, distilleries are allowed to sell bottles direct to the consumer for off-premise enjoyment, diffusing crowds across the states’ robust network of craft purveyors.

This is a viable workaround in Pennsylvania as well. And some companies are mobilizing rapidly to make the most of it. “Right now the number one market for [our] gin is closed,” says Andrew Auwerda, President of Philadelphia Distilling—the state’s first craft distillery since before Prohibition. “Without ingenuity and an interest in being there for our fellow Philadelphians, our entire business would grind to a halt.”

Over a matter of days, the brand implemented a ‘no touch drive-thru’ bottleshop in front of its Philadelphia warehouse. It’s open daily between noon and 8 p.m. Additionally, the brand is now offering FedEx ground shipping within the state for a fee of $10.

“It’s been extremely well-received,” notes Auwerda. “We are getting more than 100 orders a day, compared to maybe one or two a day during normal times. It’s 97 percent of our business right now. The other three percent is from customers opting for our drive-thru and pick-up option.”

But not every distillery in the state is fortunate enough to be located in a major urban hub. In fact, most of Pennsylvania’s 21 craft operations are located in far more rural settings. And the lion’s share of Pennsylvanians aren’t fortunate to live near a distillery that is offering drive-thru sales. Even when they do, drinkers enjoy absolutely zero access to any products made outside of PA. Jim Beam bourbon, Tito’s Vodka, Johnnie Walker scotch—all of these best-selling labels are currently off-limits. So, many folks are currently driving out of state to pick up provisions. Not exactly an ideal scenario during a pandemic.

And that’s not the only threat to public health. The Department of Drug and Alcohol Programs is already warning of withdrawal-related health complications that could arise from the shutdown. In response, Pennsylvania Governor Tom Wolf claims to be monitoring the situation as his team eyes the possibility of limited online sales.

That decision couldn’t come soon enough for the many liquor-related businesses in the state facing tremendous financial duress. To push things forward Chris Swonger, President and CEO of the Distilled Spirits Council, fired off a letter to the state capital urging swift action.

“Pennsylvania’s hospitality industry, including craft distillers, is already under enormous strain due to the U.S. tariffs on EU spirits and wine products,” Swonger writes. “We respectfully request that you reconsider your decision to close all state stores. It is the only channel of distribution that Pennsylvania consumers have to distilled spirits.”

If the state were to make such an announcement, ample online infrastructure is in place to bring product to market. And, unsurprisingly, this cottage industry is churning out sales like never before. Drizly, one of the largest e-commerce platforms for alcohol delivery, recorded just over a 300% increase between the beginning and the end month. The average cost of each order is up nearly a quarter. As bars and restaurants shutter across the nation, it’s quite clear that Americans aren’t getting any less thirsty. 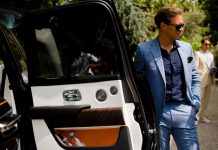 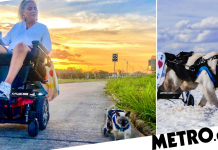 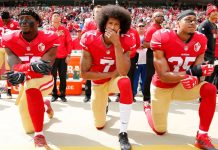 What links cabbages in French and leaf in Greek? The Weekend quiz 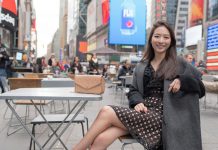 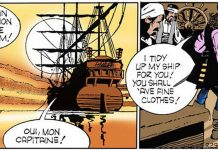 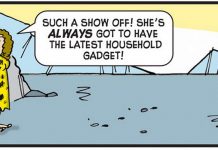