In defence of the inflation neurotics

Good morning. Piles of mail on buybacks on Monday, but before getting back to that, some thoughts on inflation. By writing about the topic before the Consumer Price Index release drops, I have probably guaranteed the actual news will be dull. Email me: robert.armstrong@ft.com

Inflation isn’t over until it’s over

This morning at 8:30am ET, we will get the US CPI report. I’m keen for some fresh inflation data, because I want to know who is right: markets, or the inflation neurotics.

Markets seem to be saying, on balance, that the growth/inflation balance will tip towards growth and all will be well. Five- and 10-year inflation break-evens are about 2.5 per cent, a level the Fed can tolerate while tightening only very gently. Yield curves are steeper than they were, but not too steep. Equities have had a bad few days recently, but hover near highs, all the same. There are some signs of diminished risk appetite, but they are faint; flows into equity funds have been strong.

Yet the neurotics worry on, and they have some arguments on their side. In recent weeks, anxiety has focused on alternative measures of inflation designed to strip out prices that are experiencing extreme change — for example, the durable goods prices, which Fed chair Jay Powell mentioned about 10 times in his recent speech, and are facing supply bottlenecks. Inflation is showing up even here.

Here is the Cleveland Fed’s trimmed mean CPI, which snips out the prices that are in the top and bottom 8 per cent of the price-change distribution. It is quite stable historically, but it’s moving briskly now:

Even the Dallas Fed’s super-duper stable trimmed personal consumption expenditures measure, which snips the bottom 24 per cent and the top 31 per cent of the price-change distribution, is showing some life, if you look at the annualised change over the past six months (orange line):

This suggests that there is a bit of creep from the extreme price rises at the margins into normal, everyday and possibly sticky prices. Investors will want the CPI numbers to confirm this is happening only at the margins.

That’s why I’m keen to see the rent- and owners-equivalent rent numbers, which are far from the margins; together they make up about a third of the CPI basket. For most of the pandemic, low shelter inflation has helped keep inflation readings down, but that is starting to change, and if it changes faster, the inflation debate is going to shift. Via Refinitiv:

(By the way, if you want the least neurotic possible take on inflation, read my colleague Martin Sandbu here; also, sign up for his excellent newsletter here.)

Flows. Several readers pointed out an important lacuna in Monday’s letter. It did not discuss the flow effect of buybacks on stock prices, describing the effect only in terms of the “market’s collective judgment”. That is, I used the classical model of stock prices, on which they reflect information, not supply and demand. This was indeed a bad omission, as I think that theory is at best incomplete.

So, yes, of course buyback flows push stock prices up. And yes, this likely increases the incentive for executives to do buybacks, even when the long-term returns from investing that money internally are higher. Executive are paid in stock, after all.

But I do not think this makes buybacks market manipulation, as Senators Sherrod Brown and Ron Wyden insinuate. Buybacks are still basically a mechanism to change a company’s capital structure, which is a legitimate and useful thing to do under the right circumstances. The problem is the incentives. Stupid and destructive levels of repurchases are a symptom.

Are buybacks recycled back into the economy? Here is what the US Chamber of Commerce says about the Brown/Wyman plan:

Shareholders often reinvest gains from buybacks into growing new businesses and creating jobs, which means that proposals to restrict or discourage buybacks would ultimately be detrimental to the US economy and American families at a time of economic uncertainty.

I can think of two things this could mean. One of them is wrong, and the other mostly wrong.

The wrong thing it could mean is that when companies buy back shares, it makes shareholders rich, and the shareholders then start businesses, or at least spend a lot of money, leading to strong economic growth. Boy, is this ever not how it works. In the US almost 90 per cent of equities are held by the richest decile of households, and they have a low propensity to spend incremental wealth. If the rich getting richer caused investment to go up, we’d have seen investment explode over the past 40 years, and we have not.

The mostly wrong thing it could mean is that when companies buy back shares, the investors who sell to them receive cash, which they then can invest in more productive companies, which then invest the money, increasing economic growth. Well, I suppose this is true, if the investors put the cash into an initial public offering or a venture capital fund or by starting a lawn care business, or some other primary investment market. But mostly, I suspect, they just use the cash to buy other stocks or bonds in the secondary market, which increases prices, not investment.

One reader put the point this way:

The shareholders selling their shares to the companies buying them back now have cash to invest . . . if there was only one company in the world then it is correct that buybacks would reduce investment. But the money is reinvested elsewhere into companies that can use the capital better.

I don’t think this is right. If there is a problem, it is systemic. Not every company chooses buybacks over high-returning investments, but enough do that the system tilts that way, stifling growth.

Are buybacks unfairly favoured by the tax regime? No. Brown and Wyman, along with several of my readers, think the issue is that if the cash was returned to investors by a dividend instead of a buyback, that would be taxed, and the buyback is therefore a dodge. The problem is that, whatever companies say to the contrary, buybacks only return corporate cash to one group of shareholders: those who sell. And those investors do pay capital gains tax.

Maybe Brown and Wyman think that buybacks return cash to shareholders in the sense of making the stock price go up, so the holders have more wealth even if they don’t sell their shares, and wealth should be taxed. OK, let’s have a wealth tax. But pretending that a buyback is a distribution of capital to non-selling shareholders is silly.

Now, buybacks do often increase company earnings by shifting funding away from equity towards debt, and debt is a tax shield, and it shouldn’t be, but that is a separate problem.

Spit it out, Armstrong, should we tax buybacks are not? I’m not sure. The government needs revenue and can tax what it likes. But would the tax increase investment? Maybe, but a 2 per cent tax might not be enough, given the link between share prices and executive pay, and the amount of time real investment requires to generate returns. I don’t know how I would figure out how to set the tax at the right level.

It might be smarter to go for the root cause, and change the way executives are paid, while removing debt’s tax advantage. But that’s a lot more complicated than just slapping on a 2 per cent excise tax.

I am hard to shock, and this shocked me. 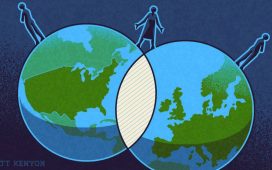 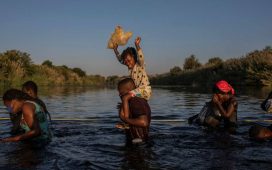 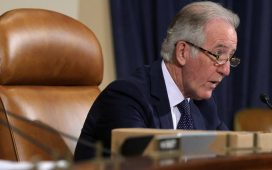