President Donald Trump said that he was not afraid of catching the coronavirus during a crowded indoor rally in Henderson, Nevada, on Sunday night.

Speaking to the Las Vegas Review-Journal, the president said: “Because you know why, I’m on a stage, it’s very far away, so I’m not at all concerned.”

The president did not seem concerned for the health of the thousands that had gathered to hear him speak and who were standing in close proximity for hours ahead of his speech.

He brushed past the reporter’s question about the safety of the crowd, joking: “I’m more concerned about how close you are.”

Nevada governor Steve Sisolak called the decision to go ahead with an indoor rally during the coronavirus pandemic both “reckless and selfish”, as a crowd of nearly 5,000 mostly maskless people stood shoulder-to-shoulder to hear the president speak.

Trump blamed the Democratic governor for the situation saying that he had cancelled any proposed outdoor options, including at Las Vegas International Airport.

“They cancelled six different sites because the governor wouldn’t let it happen, all external sites,” he said before calling the governor a political hack.

Current rules in Nevada forbid gatherings of more than 50 people.

Governor Sisolak said in a statement: “Tonight, President Donald Trump is taking reckless and selfish actions that are putting countless lives in danger here in Nevada.”

“The president appears to have forgotten that this country is still in the middle of a global pandemic,” he added.

He continued to say that his efforts to protect public health and get the state’s economy back on track were being reckless disregarded by the president for his own gain.

“At a time when Nevada is focused on getting our economy back on track and protecting public health, the president’s actions this weekend are shameful, dangerous and irresponsible,” the governor concluded.

During his speech the president thanked Don Ahern, the owner of Xtreme Manufacturing, who provided the venue and now faces fines for allowing the event to go ahead on his property.

As the US death toll from the pandemic nears 200,000 , George Washington University’s Dr Jonathan Reiner was asked on CNN what he thought of the rally. He described it as “negligent homicide”.

The last indoor rally held by the campaign was the 20 June event in Tulsa, Oklahoma, after which staffers and Secret Service agents were among those that tested positive for Covid-19.

Nine days after the Tulsa rally, Trump loyalist Herman Cain tested positive for the virus. He was admitted to hospital two days later and passed away on 30 July. His staff says it is unclear how he contracted Covid-19.

'Not special any more': how the Senate has failed the American people 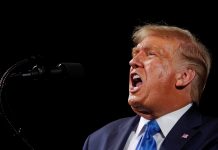 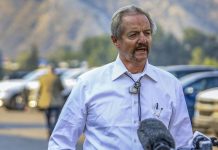 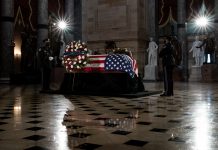 Making History, Ginsburg Is Honored at a Capitol Divided Over Replacing Her

Ruth Bader Ginsburg becomes the first woman to lie in state at the U.S. Capitol 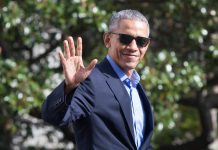 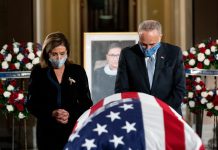 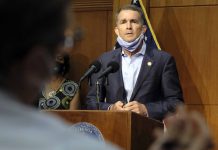