Iggy Pop and I went to the same high school in Ann Arbor, Michigan, where I graduated a year ahead of him. I was not particularly into the local rock scene but I did photograph activities on and around the university campus, including a band called the Prime Movers, in which Jim Osterberg played drums. Later, Jim started a band called Iggy and the Iguanas, and thenceforth, he was Iggy.

I photographed Iggy’s new band the Stooges at the university’s Hill Auditorium. One of the pictures from that session in 1968 was later used on the movie poster to promote Jim Jarmusch’s 2016 documentary on the band, Gimme Danger: The Story of the Stooges.

The city police were there to maintain order; because of rain people were not allowed on the baseball field. But as soon as the first notes were struck, hundreds poured to the stage

By the time of this picture, it was 1970 and I was working in Detroit for the short-lived rock’n’roll publication Big Fat Magazine. I had been asked to cover the Cincinnati Pop festival. We drove all night in the rain to get there: it was still raining hard when we arrived at dawn. Many fans were already lined up by the gates, some covered by plastic sheets, but at sunrise the clouds rolled away and it became a hot, bright day. The city police were there to maintain order, and they had been told that because of the rain people were not allowed on to the baseball field where the stage had been set up in the middle. But as soon as the first notes were struck, hundreds of fans poured on to the field, where they stayed for the rest of the day, pushing right up to the stage.

The Stooges were in some heavy company that day, with Traffic, Alice Cooper and Grand Funk Railroad all playing too. It was already dark when the Stooges came on. Even though they were hot, the crowd was in a jovial mood, having put one over on the cops. During the Stooges’ set, Iggy dived off the stage into the crowd, where he was lifted up by his fans and stood above them in triumph. I had a good vantage point on the right of the stage, so when he rose up out of the crowd, I just kept shooting. Someone handed him a large jar of peanut butter and he smeared some on his chest and threw much of it into the crowd, to their mighty amusement. When he was leaving the stage after his set, Iggy wiped the peanut butter from his hands on to the fancy shirt of the emcee as he passed.

After the show finished and thousands of fans headed for the exits, all hell broke loose. The police and their dogs had been waiting in the wings to clear the field and proceeded to chase everyone off into the stands. The inevitable rain of bottles and trash was thrown at the police from the upper decks in what later became known as the Cincinnati Cop festival. I knew I had got a lot of good shots that day, and by then I had already witnessed many street battles between the cops and America’s youth, so we split and drove back to Ann Arbor. When I looked through my pictures, I knew this one was special.

I didn’t hang with Iggy but he seemed like a normal person, although obviously extraordinarily exhibitionistic on stage. His antics were self-destructive and laughable at the same time. I admired the antisocial and overly sexual nature of the band – this was the 60s after all – even if most of what they played left me cold. I wasn’t a Stooges fan. I went on to photograph lots of bands of the era: Jefferson Airplane, the Who, the Rolling Stones, and blues musicians like BB King, Muddy Waters and Howlin’ Wolf. After a few years I moved away to cover jazz, and photographed musicians including Duke Ellington, Miles Davis and Charles Mingus. Most of the rock stars I witnessed were overbearing, demanding and entitled. The jazz musicians, for the most part, were down-to-earth working men and women who were remarkably skilful players.

I was so proud when Rolling Stone magazine named this picture as one of the best rock photos of 1970, and I was really happy five years ago when [skate shoe and clothing company] Vans leased it for international advertising. It remains my best-selling photo.

Trained: On the job as staff at the Michigan Daily.

Influences: Edward Steichen’s photobook The Family of Man, and the vital moment philosophy of Henri Cartier-Bresson.

High point: “As an all-access photographer at the Newport jazz festival, being a rabid jazz fan.”

Low point: “A couple of occasions when I messed up in the darkroom and ruined a couple of jobs through sheer clumsiness and poor planning.”

Top tip: “Fire away. You can’t have too many pictures.” 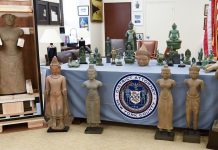 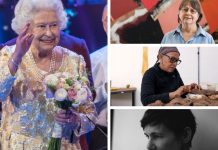 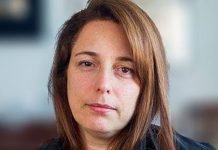 Ahead of G7, Cuban artist Tania Bruguera addressed the Geneva Summit on Human Rights and Democracy 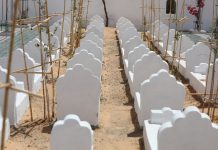 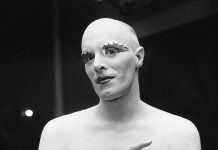 Three exhibition to see in London this weekend

‘The thirst trap of London’: UK welcomes Every Woman Biennial 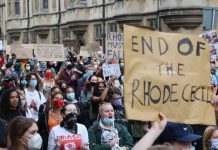 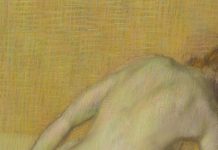 A Degas bought by the Van Gogh Museum sparks off an ethical debate: are female nudes OK?