In some respects, Lindell is an unlikely figure to emerge in the hotbed of US politics and the conservative ecosystem. As the chief executive of MyPillow he was once better known for his TV adverts than his extremist politics. But Lindell has become an ally of a still-powerful Trump who is eying a 2024 bid to return to the White House. Lindell has also become a popular figure on the right himself, making several appearances at recent Trump rallies.

But election experts and voting watchdogs say Lindell’s legal blitz to ditch voting machines, and other drives that sustain Trump’s baseless claims about widespread fraud in the 2020 election, are deeply flawed and dangerous and potentially further damage voter confidence in elections.

Lindell though sounds undaunted, telling the Guardian that he has spent about $30m to retain about 70 lawyers, cyber consultants, private investigators and other staffers for his projects to prove widespread fraud in the 2020 elections, despite mountains of contrary evidence, and expand his crusade to get rid of voting machines.

Last month Lindell pumped about $500,000 dollars into an Arizona lawsuit filed by two Trump and Lindell backed state candidates for Secretary of State and Governor, Mark Finchem and Kari Lake, respectively, to obtain a preliminary injunction against voting machines that Lindell has repeatedly charged are defective.

Lindell said that he plans to underwrite similar anti voting machine lawsuits in the next few months in many other states including Colorado, South Dakota, Texas, Wisconsin, Michigan and Alabama. “I’d like to file the lawsuits in all 50 states,” he said. “I didn’t come all this way not to succeed. We’ve got to get rid of them all.”

To further spur his conservative agenda, Lindell has publicly endorsed several candidates for top posts in battleground states including Lake and Finchem, who early this month benefitted from a Trump sponsored fundraiser at Mar-a-Lago that Lindell attended.

Lindell is also backing a candidate in Colorado for secretary of state, Tina Peters, a Mesa county elections clerk indicted on 10 counts for tampering with voting equipment in an effort to reveal what she thought were sizable election machine errors, who Lindell headlined a rally for last month. A judge on 10 May barred Peters from running the county elections this year; Peters remains a candidate to be Secretary of state but first has to win a June Republican primary.

And in Michigan Lindell has bet on two Trump loyalists, Matt DePerno and Kristina Karamo who, respectively, were endorsed by a state Republican convention to be the Republican candidates this fall for attorney general and secretary of state.

To promote his messages more widely, Lindell said he’s recruited ex-Fox News reporter Lara Logan, who claims she was “pushed out” by Fox after making incendiary comments comparing Anthony Fauci to notorious Nazi doctor Josef Mengele, to do a documentary about voting machine fraud and the voting machine companies that Lindell boasts will be “huge”.

Moreover to help spread dubious claims of widespread election fraud, Lindell late last year launched Cause of America, a grassroots group whose self-styled mission is to “restore trust in local elections”, which Lindell said he’s subsidizing to the tune of $100,000 to $200,000 a month.

Currently, to facilitate the CEO’s pricey lawsuits to get rid of voting machines, which legal and voting experts say face long odds, Lindell has retained a team of lawyers including Harvard Law professor emeritus Alan Dershowitz and Kurt Olsen, who was was subpoenaed on 1 March by the House committee binvestigating the 6 January Capitol attack by a mob of Trump loyalists.

Election watchdogs say Lindell’s lawsuit spending spree is promoting conspiratorial views of voting fraud and has scant chance of legal success, but carries big risks to further confuse voters about the risks election fraud in 2020. Even William Barr, Trump’s own conservative attorney general, admitted in late 2020 there was no evidence of widespread fraud.

“This is just another effort by proponents of the big lie to spread unsubstantiated conspiracy theories and undermine confidence in American elections,”Larry Norden, senior director for elections and government at the Brennan Center, said.

“Like most other states, Arizona conducts its elections entirely on paper ballots and audits the machine results with a review of those ballots after the election is over,” he added. “ Every post-election review of the 2020 Arizona election, including the partisan review led by Cyber Ninjas, confirmed that Joe Biden won.”

Norden stressed too that “hand-counting of ballots in any but the tiniest of jurisdictions is far too time-consuming and prone to human error to be feasible. Even in very small jurisdictions it would require trained election staff working in multi-member teams with oversight.”

“These ridiculous lawsuits are designed to continue undermining Americans’ confidence in every aspect of our electoral system, allowing Lindell and his cronies to decry any outcomes they don’t like as fraudulent,” Melanie Sloan, a senior adviser to the watchdog group American Oversight, said.

”Hand-counting ballots actually increases opportunities for fraud, but given that Lindell and Finchem were active participants in Trump’s efforts to overturn the election, it’s obvious there is no low to which they won’t stoop to foist their candidates on America, democracy be damned.”

Lindell though is bullish about winning the class action lawsuits, despite dozens of other lawsuits by Trump lawyers to overturn the 2020 results that alleged fraud and that courts rejected “There’s no reason they won’t succeed,” Lindell boasted, adding that “the likelihood is very high”.

Since Trump’s defeat, Lindell’s adamant advocacy that the election was rigged and his legal attacks on voting machines have sparked substantial legal headaches for the Minnesota-based mogul, a 60-year-old former crack addict and born-again Christian who once said Trump had been “chosen by God”.

Two voting machine companies Lindell has portrayed as part of an election rigging operation have filed defamation lawsuits against him, and he has countersued at least one of them.

Dominion Voting Systems filed a $1.3bn defamation lawsuit in February against Lindell, and a month later a judge declined Lindell’s efforts to dismiss the suit. Another voting equipment firm, Smartmatic, has also sued Lindell for defamation for an undisclosed amount.

Further, the House Capitol attack committee subpoenaed Lindell’s phone records from 1 November, 2020 to 31 January 2021 as part of their inquiry, which prompted Lindell to sue the committee, House speaker Nancy Pelosi and Verizon to block the panel’s effort.

Not surprisingly, Lindell angrily decried Pelosi and the committee’s inquiry as “election deflection. It’s all political and criminal.”

Lindell, however, attended Trump’s “Save America” rally on the Ellipse prior to the Capitol attack where Trump urged the crowd to “fight like hell”, and he also attended a Trump rally in Georgia on 4 January where Trump railed without evidence that there was significant fraud.

On 15 January, Lindell met briefly with Trump at the White House where the executive said he told Trump of “evidence” he had gathered that the voting machines were rigged.

Incredibly to most experts, Lindell postulated that he has evidence Trump won by almost 15m votes with about 82m for Trump to some 67m for Biden, figures nowhere near the official total. Biden won by sabout 7m votes, or 81.2m for Biden, versus 74.2m for Trump.

Norden of the Brennan Center noted that 93% of the 2020 votes were cast on paper ballots, including all the votes in the main battleground states, and that post-election audits “confirmed the machine results. The idea that the machines could have been so wildly off and yet none of it got caught by any of the post-election reviews is beyond absurd.”

On another legal front, some watchdog experts say that the lawyers Lindell has recruited to handle the anti-voting machine litigation could face ethics problems.

“Lawyers must abide by the rules of professional conduct, which forbid lying to a court, bringing frivolous claims and misrepresenting facts,” said Michael Teter, the director of Project 65, a bipartisan legal ethics watchdog group focused on lawyers trying to undermine democracy.

“Mr Lindell may be willing to pay hundreds of thousands or millions of dollars to these lawyers to continue the effort that began in 2020 to discredit our elections through bogus lawsuits grounded in falsehoods, conjecture and distortions,” Teter added. “But the lawyers who take Mr Lindell’s money and allow the courts to be abused as part of political theater can, and we hope will, face professional consequences.”

Lindell’s legal crusade seems aimed at weakening, rather than improving, the election process, concluded Norden of the Brennan Center. “Everything about this [lawsuit] effort wreaks of yet another attempt by the same cast of characters to undermine the election system.” 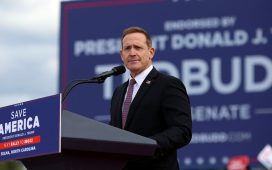 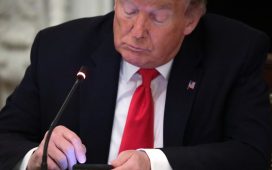 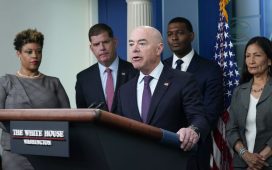 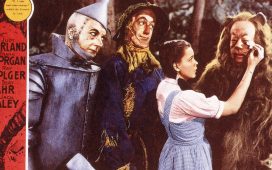 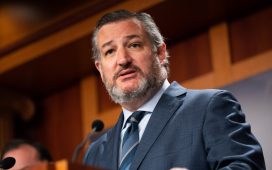 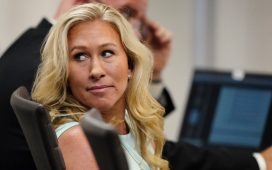 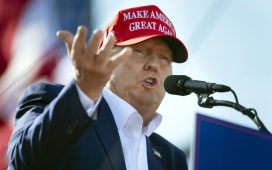