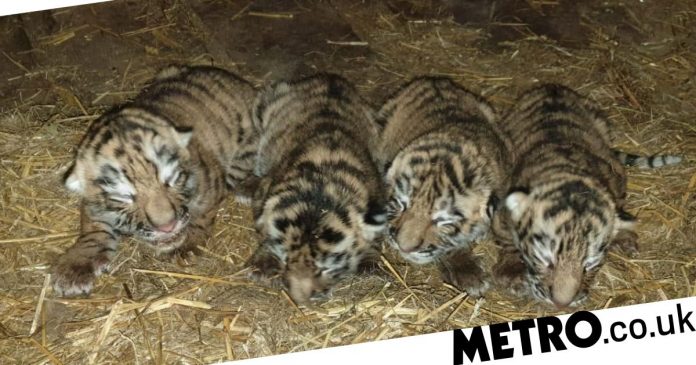 With their eyes still closed, four tiger cubs no older than six weeks were alone in a dark room.

Crying and huddled together, they had been separated from their mother and were now on sale to the highest bidder.

Anyone passing by the small building would likely have no idea of what lay behind the door. It was a small cabin-like building lay amongst the cages of animals at the zoo.

But while on the tour of the zoo in Lithuania last year, there had been talk of the trader’s prize possessions. It didn’t cross my mind that this would be four tiger cubs.

I was offered a sneak peek and led towards the darkened room where they were all alone. They were talked about and pointed at as if they were just another thing to be sold, not considered as the wild animals they are, and even less an endangered species.

I was visiting under the pretense of being an interested buyer, having spoken to the seller for many months before this meeting.

I was taken on my own to this room and was suddenly confronted with so many emotions about what to do next. I had to remember that I couldn’t react as I wanted, but instead had to keep the conversation going and maintain the impression I might want to buy the cubs.

Their crying was deafening, but what was more saddening was the stark surroundings. The room was empty apart from some straw on the floor. In some ways, I was glad the siblings had each other for comfort, but I was unsure how long until they would all be sold off one-by-one.

The guy who had brought me in was talking about the cubs in very monetary terms – there was little to differentiate his pitch from if he was selling a car. The cubs actually came with a higher price tag than some vehicles, between £2,000 and £3,000 each.

Sadly, this isn’t a unique offering.

Tigers are commercially traded legally around the globe and in high demand in Europe. Whether they are destined for a life of posing besides smiling tourists, or face a shorter existence in which their parts are worth more than their life, tigers are viewed as commodities for many. Joe Exotic may have shone a light on this trade, but the activities are not restricted to America.

While tiger selfies started as a popular activity in Thailand, we now see global demand for the big cats used in interactions. The Convention of International Trade in Endangered Species clearly states tigers should not be commercially traded and they should only be bred for conservation purposes. But sadly, as displayed by shows like Tiger King, this clearly isn’t happening.

During my six years at Four Paws, a global animal welfare organisation for animals under direct human influence, which reveals suffering, I’ve visited many places across Europe and have seen footage from seizures that have stopped me in my tracks. You don’t become immune to the abuse of animals. I wouldn’t want to.

We should not allow for this treatment of tigers to become normal. Tigers are wild predators and should not be forced to ‘interact’ as it is against their instinct and biological characteristics. By encouraging the commercial exploitation of tigers and tiger trade, we only stimulate a demand and market.

It is this emotion that drives me to make a change and protect tigers and other wild animals.

Last year, I led a team investigating activities across Europe that used wild animals in entertainment. From bears and wolves being used in travelling circuses and medieval festivals, to so-called sanctuaries offering ‘tourist attractions’, we have laid it bare for the public to see. These animals are being exploited for our entertainment.

The commercial exploitation of tigers leads to many welfare and conservation issues. The cubs I was offered are just the tip of the iceberg. The industry relies on a steady supply of young tigers in order to meet the demand for more interactions.

My team uncovered a shocking discrepancy between the actual number of captive tigers across Europe and the figures held by European authorities. There are roughly 1,600 of the big cats across the continent, but the recorded data cites only 913. Where have the 687 come from and where are they?

In the last few years, we’ve needed to do more work to highlight the abuse facing tigers. Sadly, there seem to be more cases, not fewer, and they get more and more shocking. While you can’t remove all emotion, in some situations, you have to as the stories and footage can haunt you.

And sometimes it’s not the worst images that will stay with you, it’s the brazen disrespect that lingers. At some attractions, tourists can pose beside tigers, and sometimes even take them for a walk. I’ve also seen opportunities where paying customers can be chased by the animals as part of a game.

These actions might be undertaken by the few, but sadly it emphasises the disrespect shown these animals. My dream would be where they are free to live in the wild, free from the threat of human influence.

As we approach another International Tiger Day (Wednesday 29 July), law change is needed to stop the out of control commercial trade in live tigers and tiger parts.

I’m often left wondering what happened to those cubs and what their lives would look like if they’d not found themselves in that dark room all alone.

Sadly, I don’t know where they are now, but I’m sure that there are many that have followed in their footsteps, and it is this thought that drives me to continue doing what I do.

Find out more about Four Paws’ work against the commercial use of tigers here.

My Life Through A Lens

My Life Through a Lens is an exciting series on Metro.co.uk that looks at one incredible photo, and shares the story that lies behind it. If you have an experience you would like to share, please email kathryn.snowdon@metro.co.uk with MLTAL as the subject.

MORE: I went diving with polar bears in the wild

MORE: I had two minutes to save four animals from slaughter

Mutations may have saved brown howlers from yellow fever virus 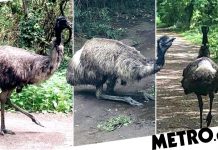 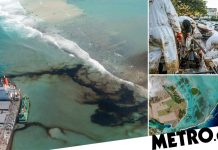 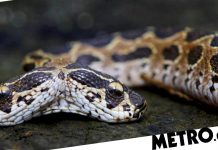 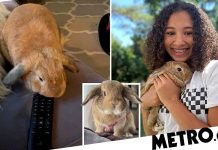 ‘Large wildcat’ spotted strolling through a park during the heatwave

A taste of honey: how bees mend fences between farmers and elephants 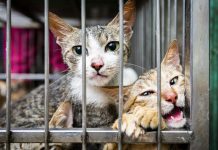 Country diary: one feather does not describe a whole bird