Few stayers made more improvement last year than Tashkhan, who had an official rating of only 70 when acquired from Emmet Mullins in Ireland in the spring, but ended the season with a mark of 116 after dividing Trueshan and Stradivarius on QIPCO British Champions Day at Ascot in October.

Tashkhan, who will be ridden again by Ben Robinson, pleased Ellison with his reappearance fifth behind Princess Zoe in last month’s Sagaro Stakes at Ascot, and the Gold Cup is his goal. Hopes are high that there’s more improvement in him.

Ellison said: “Tashkhan needed the race badly in the Sagaro, which we knew, and he’s improved a lot for it. He ran a hell of a race at Ascot last year in the QIPCO British Champions Long Distance Cup, and the main target now is the Gold Cup. This is a stepping stone, and a mile and six might just be on the sharp side now, but he improved with every race last year, when he was only three, and I think he’s still underrated.

“He was only beaten three lengths, running on again having been checked, in a Group 2 in France before the Long Distance Cup, so we weren’t at all surprised he ran so well against Trueshan and Stradivarius, even though he was 50-1. The owners had 50-1 without the favourite, which was massive.”

He added: “It would be a big day for Ben if he were to win, as he hasn’t ridden a Group winner before, but he’s good enough. Like so many of them, he just needs the horse, and I think Tashkhan is a very good one.”

Stradivarius faded to finish two and a half lengths behind Tashkhan in the QIPCO British Champions Long Distance Cup, having made up ground too quickly from a poor position, but he is unbeaten in five races at York, having won the Yorkshire Cup in 2018 and 2019, as well as the Weatherbys Hamilton Lonsdale Cup in both of those years and again in 2021.

With 14 wins already, he is by far the most successful horse since the QIPCO British Champions Series was introduced in 2011 – Frankel, his closest rival, had nine – but he is eight now and entire horses of that age who retain sufficient appetite for racing to remain competitive at the highest level are few and far between. While Sergeant Cecil (2007) and Clever Cookie (2016) both won the Yorkshire Cup aged eight, they were geldings.

As a quadruple winner of the Goodwood Cup in addition to his hat-trick of Gold Cup wins, Stradivarius’ standing among the greatest stayers of modern times is beyond dispute, and his presence, with Frankie Dettori on board, still adds even to racing’s biggest days. However, owner Bjorn Nielsen admits Friday’s race is “a fact-finding mission”.

Dermot Weld sends Search For A Song, who would be a first Irish-trained winner of the Yorkshire Cup since it was firmly established as a weight-for-age race in 1952.

The six-year-old mare, who like Tashkhan and Stradivarius holds a Gold Cup entry, won the Irish St Leger in 2019 and 2020 but finished down the field when bidding for a hat-trick last year. She has raced in England only twice before, winning the Listed Galtres Stakes at York in 2019 and chasing home wide-margin winner Trueshan in the Long Distance Cup the following year.

The field is completed by last month’s Newbury Group 3 winner Max Vega and Thunderous, who was well beaten in that race but only just failed in a bold bid to make all of the running in another Group 3 at Chester next time. Neither holds a Gold Cup entry.

Ralph Beckett admits Max Vega surprised him somewhat at Newbury and explained: “Max Vega ran above expectations when he won the John Porter, because although he was in good form he was as woolly as a bear and so I wasn’t that confident about him running as well as he did.

“He likes York, as indicated by his good run in the Ebor, but equally Newbury is where he puts up his best figures. He was a good two-year-old, but he’s a rabbit and weighs less than 400 kilos, which rather hampered him at three and four. It’s only now that he’s levelling up again.” 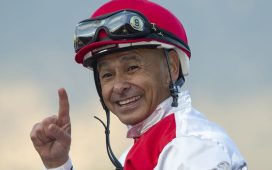 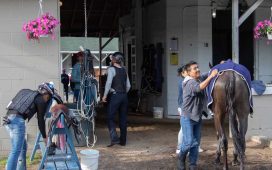 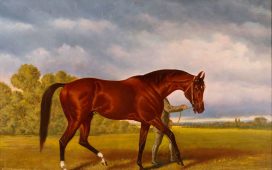 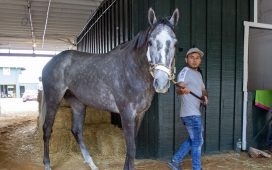 ‘I Turned Out To Be The Bad Guy’: D. Wayne Lukas Reflects On First Preakness Win 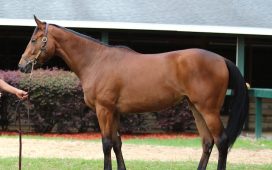 Catalog Released For Wanamaker’s May Sale 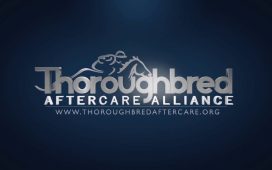