Shane Taylor began taking photographs about 20 years ago as a step in overcoming social anxiety. “I was very reclusive, but I decided to go to college,” he says. “I studied design and discovered Helen Levitt and Garry Winogrand, and this thing called street photography. Learning the craft helped me in pragmatic ways; I had to leave the house to do it. I began to stop avoiding people and actively approach them instead. It was basically immersion therapy.”

With the streets suddenly full of subjects, as opposed to strangers, Taylor found himself repeatedly drawn to commuters, buses and the London Underground. “You find all these people so densely packed together, yet entirely by themselves.”

On this particular day, he’d spent a couple of hours wandering around London in search of inspiration, and was heading home on the top deck of his usual bus. A minute from his stop, this man climbed the stairs and serendipitously sat down on the seat in front. Taylor had only a few seconds to take the shot. “I love all the contrasting textures – his amazing hair, the dirty window, the plastic headrest and the distinctive seat padding.”

Taylor began using a phone for his photography less than two years ago, having previously preferred a DSLR. “I kept buying new phones with amazing new cameras and thinking: I’m definitely going to use it this time – but then I just took pictures of my cat.” Over time, he grew to enjoy the discretion that a phone afforded. “You can get so much closer to people without invading their personal space.” 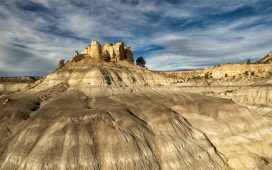 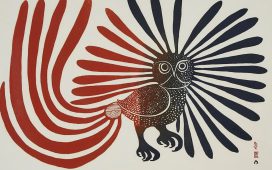