Hungry House, an Improvement on the Ghost Kitchen


My kingdom for a torta, a style of Mexican sandwich I’ve long believed deserves broader adulation—puffy roll, quesillo (Oaxacan string cheese), avocado, fresh chili, onion, refried beans, and a main-event ingredient, such as milanesa de pollo (fried chicken cutlet), carnitas, or even chilaquiles with a fried egg, for a breakfast of champions. There are plenty of tortas to be found in New York City, but they’re rarely afforded the spotlight. Is it possible that their moment is nigh, thanks to Tony Ortiz, the Brooklyn-based chef behind Chile Con Miel, a self-described “online platform and brand that explores ancestral Mexican food practices through a queer lens”?

Last month, two of Ortiz’s Super Tortas were added to the roster at Hungry House, a platform that explores the possibilities of takeout and delivery. The other day, I ordered them both, a pair of beauties that nod to cemitas, as tortas are known in Puebla, named for their slightly sweet sesame-seeded rolls. Ortiz’s cemitas—Orwashers hamburger buns, technically—were toasted and piled with guacamole, lemon aioli, pickled red onion, quesillo, a smoky tomatillo-and-morita salsa, leaves of the powerfully herbaceous cilantro-adjacent Mexican plant papalo, and arugula. Each featured milanesa: pleasingly oily breaded chicken thigh on one, and craggy, comparatively light fried maitake—from the Brooklyn organic mushroom farm Smallhold—on the other, no less superb.

Hungry House was founded last year by Kristen Barnett, the former C.O.O. of a company that managed so-called ghost kitchens, which prepare food solely for delivery apps. “I became frustrated with what I was seeing in terms of brand creation in ghost kitchens,” she told me. “I felt like it was turning into this kind of commoditized, low-quality, chicken-wing universe. The potential was so much greater for chefs, and for storytelling.” She had become friendly with Rawlston Williams, the chef-owner of the Food Sermon, a Caribbean-inspired counter-service restaurant that moved from Crown Heights to the Brooklyn Navy Yard in 2020 (and is now on hiatus). Williams invited her to use his kitchen; she facilitated the preparation and delivery of his food, and sought out other talented chefs and entrepreneurs in need of back-end support. For Season 1, she signed on Woldy Reyes, the Filipino American chef behind the boutique catering business Woldy Kusina; the Indiana-based power-restaurateur Martha Hoover and her pandemic project Apocalypse Burger; and Rachel Krupa, of the Goods Mart, a “socially conscious neighborhood convenience store,” in lower Manhattan, specializing in packaged products such as vegetable-pulp chips.

Barnett and her team work with each resident to devise a small set of offerings for pickup or delivery in Brooklyn (she plans to expand to Manhattan soon), via Hungry House’s Web site, plus apps including Seamless. (There’s also a customer-facing counter in the Navy Yard.) For Season 2, she added Chile Con Miel; Caffè Panna, Hallie Meyer’s superlative Gramercy ice-cream shop; and Pierce Abernathy, a charming recipe developer with a large social-media following.

It’s incredibly satisfying to watch Abernathy make a chopped salad on TikTok, in an A.S.M.R.-heavy video, and even more satisfying to have one delivered to your door—endive and radicchio tossed with crispy chickpeas, feta, Castelvetrano olives, pickled onions, apple, celery, and cucumber, in a bright mustard vinaigrette. Reyes’s “chicharon,” made from Smallhold oyster mushrooms and inspired by Filipino chicharon bulaklak (deep-fried pig ruffle fat), is truly spectacular: salty and sweet, crisp and juicy, dipped in coconut milk and dredged in rice flour and potato starch, then fried, and served with a rich yet zippy Fresno chili-coconut hot sauce. For his sisig, the usual pig parts are replaced with chewy cubes of fried tofu, coated in a “starter” from Omsom, a sauce-and-seasoning company founded by the Vietnamese American sisters Vanessa and Kim Pham: cane vinegar, garlic, calamansi purée, porcini powder, chili flakes—a murderers’ row of potential, fulfilled. (Dishes $6-$14.) ♦ 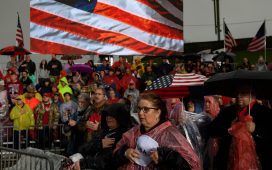 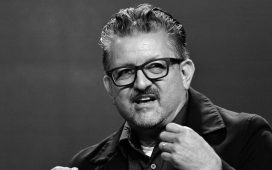 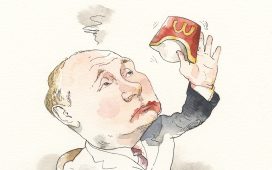 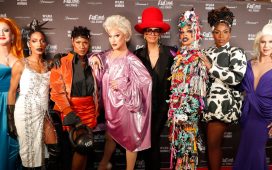 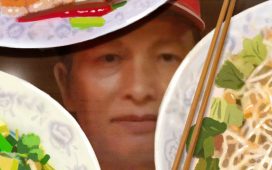 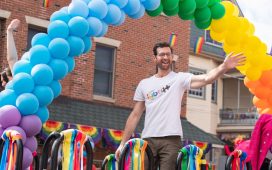 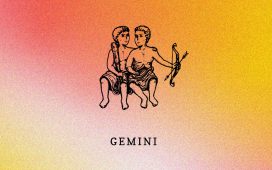 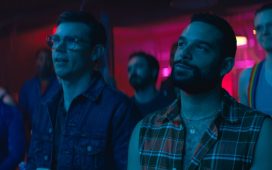