Hugo Lloris believes José Mourinho has brought positive changes for the coming season at Tottenham, even if the squad has some way to go to become the ugly operators their manager would like to see.

Mourinho was quite explicit in outlining his preferred manner of playing in Amazon’s Spurs documentary and though the philosophy does not quite line up with previous visions of how Tottenham should pursue glory, the goalkeeper is willing to go along with some of it.

“That doesn’t mean you can’t be a good guy off the field, but when you are on the field you have to do everything you can. You might have to be naughty, to get the winning taste, but if you win that kind of game it makes you even stronger. You still need talent and team spirit and all the usual things, but sometimes that’s not enough. The manager is trying to instil a winning mentality, which is something we all have to follow.”

Last season was difficult for Spurs for reasons other than Covid-19. There was an unexpected change of manager and injuries to key players, so Lloris is understandably keen to move on, beginning with Sunday’s opening fixture against Everton.

“It was tough at times last season but it belongs to the past,” he said. “We have to look ahead, we have to rebuild our confidence and we are making some progress. When I look at the games we played after the restart there were some good signals. I could see some improvements, especially in the way our manager wants us to play.

“We should not forget it was not easy for him either, arriving in the middle of the season, but now it’s a new season and important to make a good start.

“We have only had four weeks’ preparation, and there are far too many games to play, but it is the same for everyone. That’s why it is important to make a good start. We have a really good squad with very good spirit and we are ready to start and compete.”

The new signing James Rodríguez is likely to be in Everton’s squad, though without any competitive football since February the Colombian may not be ready to start.

“I feel like I could play straight away, but it’s not my decision,” he said. “If I’m honest I can’t say I have seen a lot of Everton games, but I have certainly been impressed by the standard on the training ground.

“I have always been a fan of the Premier League, though, I have watched it a lot over the years. I spoke with Yerry Mina [his teammate with Colombia] about it and he told me it was very fast and physical but I should be able to adapt.”

Spurs and Everton have something in common apart from bringing in a Champions League-winning manager midway through last season. They both aspire to be top-four sides, though with more recent experience, Spurs may be in more of a hurry than their opponents.

Carlo Ancelotti has made it clear that European football of any type is the target for Everton this season, but even the Europa League may be a stretch for a side that finished 12th last time. Hence the outlay not just on Rodríguez, but Allan and Abdoulaye Doucouré, with possibly more to follow.

“The club is deadly serious about what its intentions are and it helps when they have such a knowledgeable and experienced manager,” Rodríguez said. “Everton have proved their ambition with the three signings they have just made.” 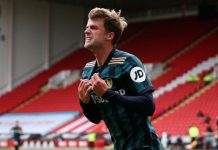 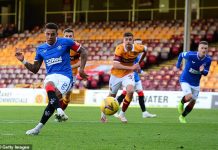 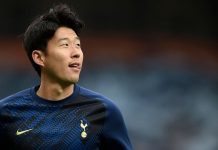 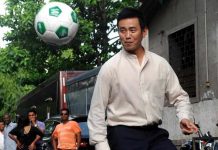 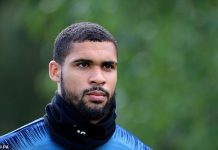 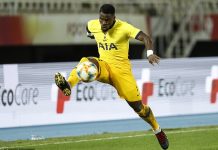 Paddy Kenny: 'It was just a fight over who was to pay for the curry' 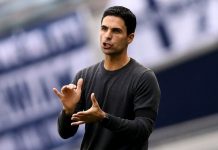 News24.com | Liverpool v Arsenal | 3 key battles to look out for