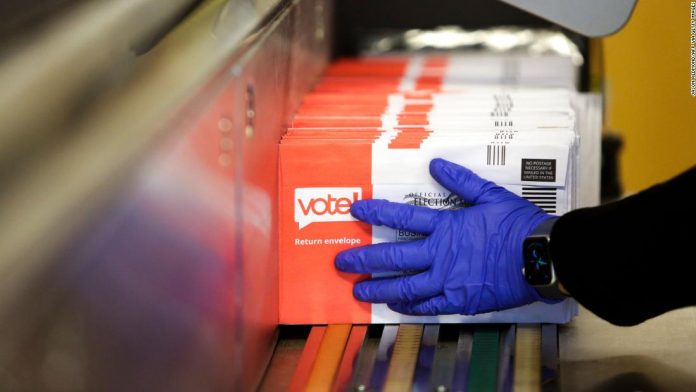 Now that the election is underway, there have been major differences in the major tech platforms’ approaches to moderating misinformation and impacting its spread.

The three platforms have taken varying approaches. Twitter has gone as far as reducing users’ ability to share misleading posts, while Facebook is slapping labels on misinformation, but not hindering sharing. YouTube is taking arguably the least aggressive action, by relying on a single label — which reminds people that US election results may not be final — on any and all content related to the election.

Twitter has been labeling and restricting how tweets can be shared, including several from President Trump. For example, Twitter placed a label on a tweet from the President in which he baselessly claimed “We are up BIG, but they are trying to STEAL the Election.”

“Some or all of the content shared in this Tweet is disputed and might be misleading about how to participate in an election or another civic process,” the label on that Trump tweet read.

Twitter has also restricted how such tweets can be shared, including removing replies and likes, and only allowing users to quote tweet — which allows users to share a tweet with their own comments attached — rather than retweet. (Twitter is also applying other labels to tweets that, by its standards, are prematurely calling election results for either candidate. One of its labels reads: “Official sources may not have called the race when this was Tweeted.”)

On the exact same post from Trump on its platform, Facebook (FB) used vague language in its label and, unlike Twitter, didn’t restrict how it can be viewed or shared. Facebook’s label reads: “Final results may be different from initial vote counts, as ballot counting will continue for days or weeks.” By Wednesday morning it was one of the most highly engaged with posts on Facebook, according to data from Crowdtangle, an analytics company that Facebook itself owns.

In a statement, a Facebook spokesperson said: “Once President Trump began making premature claims of victory, we started running top-of-feed notifications on Facebook and Instagram so that everyone knows votes are still being counted and the winner has not been projected. We also started applying labels to both candidates’ posts automatically with this information.”

Facebook also labeled a Tuesday night post from Donald Trump in which he said, “I will be making a statement tonight. A big WIN!”

Facebook’s label cautioned: “Votes are still being counted. The winner of the 2020 US Presidential Election has not been projected.”

Late Wednesday afternoon, Facebook said it’s expanding its premature declaration of victory labels to apply to people beyond the presidential candidates, including at the state level. This will apply to Instagram as well, which it owns.

Jennifer Grygiel, a social media professor at Syracuse University’s Newhouse School, criticized the last-minute decision. “That should have been obvious. They should have been prepared to do this sooner,” Grygiel said. “[Social platforms] are writing the rules of the road as they go along.”

Instagram previously announced it would temporarily hide the “Recent” tab from showing up on all hashtag pages — whether they’re related to politics or not. The company said it hopes the move will help prevent the spread of misinformation and harmful content related to the election.

YouTube placed an information panel at the top of search results related to the election, as well as below videos that talk about the election. The box says election “results may not be final,” and it directs users to parent company Google’s feature that tracks election results in real time. It’s also taking measures similar to what it has done in past elections, such as promoting content from authoritative news sources in search results.

However it is letting a video containing misinformation about the election stay up on its platform without a fact-check or label noting that it is misinformaton — exposing the limits of what the social media platforms are doing to counter the spread of potentially dangerous false claims about election results.

In a YouTube video posted by far-right news organization One American News Network on Wednesday, an anchor says “President Trump won four more years in office last night.” The video also includes baseless claims that Democrats are “tossing Republican ballots, harvesting fake ballots, and delaying the results to create confusion.” The video has been viewed more than 350,000 times. CNBC was the first to report on the video.

While the video — like others related to the election — has a label on it saying results may not be final in the US election, YouTube said the video does not violate its rules and would not be removed.

“Our Community Guidelines prohibit content misleading viewers about voting, for example content aiming to mislead voters about the time, place, means or eligibility requirements for voting, or false claims that could materially discourage voting. The content of this video doesn’t rise to that level,” said Ivy Choi, a YouTube spokesperson.

However, YouTube said it has stopped running ads on the video — while admitting the video has false information. “We remove ads from videos that contain content that is demonstrably false about election results, like this video,” Choi said.

The company said it did remove several livestreams on Election Day that violated its spam, deceptive practices and scams policies. 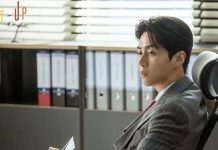 'Start-Up' Episode 13: Ji-pyeong doesn't deserve Dal-mi, but someone better and so does Do-san – MEAWW 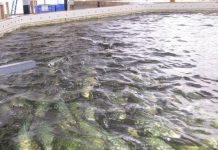 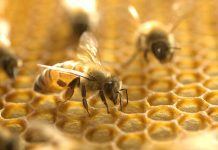 Opteran Technologies is developing an AI honeybee brain – The Burn-In 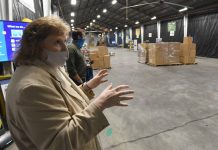 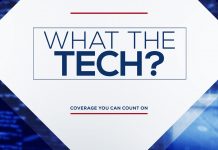 WHAT THE TECH? Gift ideas for those working from home – WRCB-TV 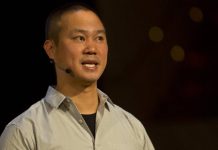 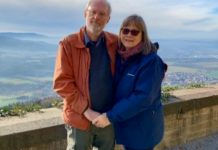 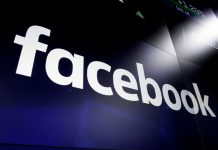 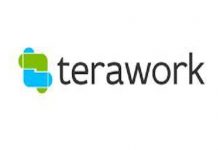