Lindenbaum profiles Bobbye Hall, a drummer who started at Motown Records in the late ’60s and later toured with Bob Dylan. Samantha Maloney, whose obsession with MTV’s “Headbangers Ball” as a teenager led her to fall in love with rock music and the band Motley Crue. Ten years later, Maloney is performing on stage with Courtney Love, drumming for the alt-rock band Hole and living the dream as Motley Crue’s drummer. There’s Chase Noelle, a performer for the all-women punk band Boytoy. Lastly, Bo-Pah Sledge is the driving force behind The Sledge Grits Band, a girl group featuring her sisters.

“Tomboy” was headed to SXSW until the coronavirus pandemic led to the festival’s cancellation. Lindenbaum had worked tirelessly in the editing room to get the documentary locked and ready in time for her film’s premiere. “We didn’t know what was going to come of the festival,” Lindenbaum says. “But the thought of seeing it on screen with the drummers in attendance kept us going day in, day out in the final stages of the edit.”

While the cancellation news came as a huge disappointment, it gave her time to refine the picture and hopefully find a home for “Tomboy” when this is all over.

She recalls always being drawn to drummers whenever she went to concerts and noticing nearly all drummers were men. “The first woman I saw was Merrill Garbus in the Tune-Yards. I just remember when I saw her get up on stage and seeing her drum wildly and fiercely. She was unafraid to take up space,” Lindenbaum says.

Garbus struck a chord with her and forced her to look into the world of female drummers. “I wanted to know why there weren’t more people and women drumming like Merrill.”

As the filmmaker investigated, she found there were indeed female drummers out there; they simply were not in the limelight.

Lindenbaum settled on the four stories we see in the film because “it said something interesting about what it meant to be an artist and a woman balancing the demands of life and the passion to play music.”

Not only did Lindenbaum want to feature women of different ages, but she also wanted to make sure there was diversity in the group. As unique as their stories were, they also had parallels that allowed them to be weaved together. All the drummers were going through something significant in their personal lives. “It was those elements that made their stories so relatable. They were experiencing something together that the audience could connect to.”

Interweaving the stories was important to Lindenbaum, but also posted a challenge: making sure each character got the time she deserved. “The process of editing was challenging because the stories jump back and forth — between archives and present day,” she explains.

Lindenbaum had spent five years lensing the story (she also served as the film’s cinematographer) and was able to find those perfect points to transition from one character to the next.

Lindenbaum’s main goal was to show the struggle of the music industry, and share stories of women who made their mark and women who seek to find their way in the music world. But Lindenbaum is keen to remind people that there are many female stories out there … you just have to look. 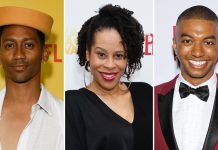 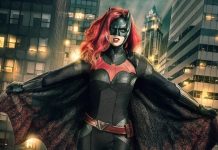 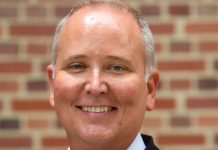 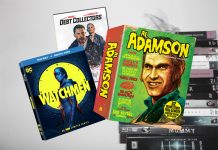 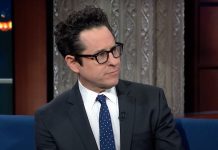 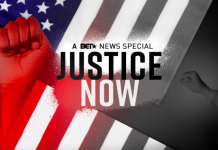 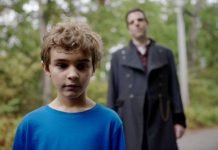