Follow live coverage of Liverpool vs Real Madrid in the Champions League final.

Fans from the United Kingdom hoping to watch the Champions League final for free will be able to do so on BT Sport’s YouTube channel, website and on its app.

Today’s crunch match between Liverpool and Real Madrid will again be available for free, with BT Sport showing the Champions League final for free since 2016.

Tensions could run high in the Champions League final as Liverpool will want to exact revenge on Real Madrid after their loss in 2018.

Mohamed Salah said he wanted to face Madrid before the Spanish side’s semi-final win over Manchester City as the Egyptian was injured by Sergio Ramos in the first half of the 2018 final.

Loris Karius was at fault for two of Madrid’s goals in Liverpool’s 3-1 defeat but it was later confirmed by the Merseyside club’s doctors that the goalkeeper had suffered a concussion after another challenge by Ramos.

What about in the US?

Supporters in the United States will be able to watch the final on Paramount+.

Where else will the final be shown in the UK?

BT Sport will show the final on its subscription channels, BT Sport 1 and BT Sport Ultimate.

What time is kick-off? 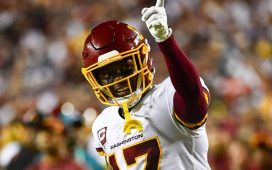