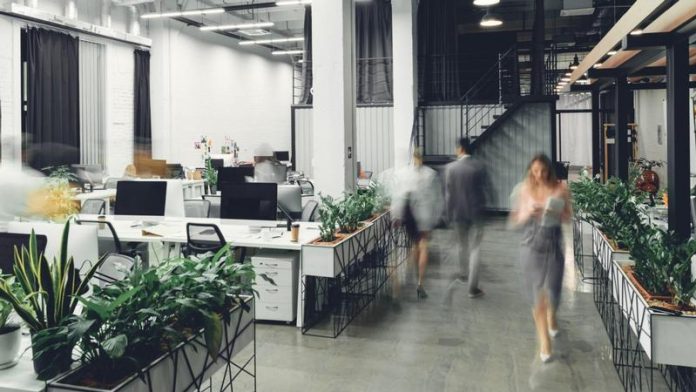 This may seem like a strange time to be writing about ways startups can quickly build up their physical workforce, but that’s where we are now. The coronavirus has so rapidly reshaped the world we live and work in, that a story I started a few weeks ago already feels wildly out of step with the mobile, work-from-home mode we are now living in.

Things will get better though, and the office buildings will fill up again, with engineers rubbing shoulders with customer success managers, eating Pret sandwiches at their desk while they discuss what they watched and read during the Great Lockdown.

Before COVID-19, the UK startup scene was booming, with new billion-pound unicorns being minted on a regular basis, and companies like Monzo and Deliveroo quickly outgrowing their environments last year as they added new staff at breakneck speed.

Here are four examples of UK scale-ups which have recently gone through that process of quickly growing their workforce, what they learned, and how they would do it if they got the chance all over again.

The company has since attracted investment of $50 million from the likes of Local Globe, Balderton Capital and Transferwise founder Taavet Hinrikus. It’s an infusion of cash that has helped the company grow from 80 people last April, to more than 200 at the time of writing.

Saar knows his way around hyper growth from his time at home rental company Onefinestay, where he was responsible for hiring at outrageous scale, including a period where they needed 240 new people in two weeks.

“It was a bit like an X Factor-style thing, it’s intense, but I learned a lot about scale,” he told Techworld last year. He also worked at Deliveroo during a period of 20% week-on-week growth, which was where he decided to build an insurance product flexible enough for newly onboarded drivers to sign up quickly and easily.

Read next: Zego isn’t here to fix the insurance industry

Patrick Hussain, director of talent at Zego since February and formerly recruitment lead at Google DeepMind, talks about “building up the most diverse and impactful team we can at Zego”.

It’s a polished message, but in terms of practically applying this Hussain says the talent team focuses on “how we leverage candidate networks, internal referral schemes, being visible at the right conferences and events and press work,” to get better company brand visibility.

“The key to recruitment for high growth is to behave in a relatively principled way,” he says. “Including how to build diversity and inclusion into the process itself, so standardising as much as possible across all candidates, looking at making sure that the experience is consistent for candidates. Regardless of whether they are selected for a role or not, they should leave with as good an impression as possible.”

The company is currently based in The Tea Building in Shoreditch but could quickly outgrow its surroundings. Hussain admits that it can be “very difficult to manage the office space and infrastructure challenges of scaling at pace,” but that people who are attracted to working at a startup are often pretty flexible and adaptable by nature.

“Growth isn’t something that scares people here,” he added.

Based near Spitalfields Market in London, renewable energy supplier Bulb has quickly grown into one of the capital’s biggest startup success stories. At the time of writing Bulb has 700 employees and more than a million customers, who can simply track and manage their energy using the Bulb app or website.

For a long time Bulb stuck to its startup roots, operating out of the shared office space Second Home near Brick Lane from its founding in 2015 right up until 2018.

It hasn’t all been smooth sailing though and some of the cracks began to show for the fast-growing firm last year. As CEO Hayden Wood told The Telegraph: “Last year we grew extremely quickly and we hired some temps. I think that for some people, it just wasn’t the right place. When you grow from a team of 100 people to 400 people, there are growing pains. It has been really challenging.”

The company now promotes a strong culture of feedback collection, using tools like Peakon, Google forms, open meetings and post-it note sessions to give teams a chance to communicate with senior management.

The majority of recruitment is still done in-house at Bulb except for the most complex or specialist roles. This includes the army of customer service staff the company employs, who are based in the same central London office as all other departments and sit side by side with tech, product and marketing staff.

“Customer service is a large part of our growth and we continue to hire at volume there,” diversity and inclusion specialist at Bulb, Meera Patel, says. “Other functions have grown but not at that pace and size. The tech team has trebled in a year and a half and is also a large growing part of the business.”

For Patel, the key to maintaining core values through recruiting is to “pin those down early on to ensure we are promoting what aligns with the work we are doing. How someone displays those values during recruitment is hugely important.”

At Bulb that means being an “inclusive, fair and diverse workplace”.

“And ensure employees are empowered through equal opportunities, representation and respect,” Patel added. “Diverse means our employees reflect the wider society in which we live. Inclusive means providing the support everyone needs to take advantage of opportunities and creating a safe environment where you can be yourself. Fair means addressing needs on an individual basis.”

The company employs a range of practical tools to maintain these values, such as writing “mindful” job descriptions and using platforms like Evenbreak, a board for disabled job-seekers, and Seek, which connects refugees with companies like Bulb, to ensure openings are shared with under-represented groups.

When it comes to inclusion at the company, Patel says Bulb is “visible about what we believe to be true,” which includes gender neutral toilets, pride flags around the workspace, and no dress code. “These are all signals that we are a company where you can be yourself,” she says.

In terms of the numbers, the average age of a Bulb employee is 26, 39% of team members identify as female, which drops to 20% in product and technology roles, and 73% of the Bulb team identify as white.

Bulb is working remotely via the G Suite set of tools during the coronavirus pandemic but is still recruiting, with Patel and her team quickly learning how best to onboard new recruits in a remote way.

“We quickly moved to remote recruitment for interviews and are proud of our remote assessment centres for customer service,” she says, “that was an impressive feat to get that going quickly.”

Insurtech startup Tractable was founded by Alexandre Dalyac and Razvan Ranca in 2014 after they graduated from the company builder programme at Entrepreneur First (EF).

Currently based from a WeWork just off Old Street roundabout in east London, the firm has built a sophisticated image recognition application that can be used by insurers to assess the damage level to a vehicle just from a set of smartphone photographs. In the past 20 months the firm has raised $50 million, growing from 50 to 110 people in that time, including offices in New York and Tokyo.

Read next: Tractable doesn’t have time for aimless AI

“There is an inflection point for most companies that tend to hire big volumes at any single time and we are more focused on the best people, so we never have 200 roles open,” head of people at Tractable, Giovanni Lotti told Techworld. “The idea is we want to hire for the needs we have right now and want to hire the best people for that, so we never have to lower our standards to match those needs.”

Tractable needs a unique blend of skills in its workforce, combining everything from deep machine learning expertise to knowledge of the intricacies of the insurance business and how to apply its technology to a discrete business problem.

“My team is focused on hard and soft skills, we don’t just want an exceptional coder or researcher, we want them to solve the problems we want to solve as a business,” Lotti says. “There are lots of AI companies which are research focused and less on the commercial side, so recruits have to be able to have that mindset.”

Based in London’s West End, with an engineering centre in Romania, ComplyAdvantage provides businesses with a feed of proprietary anti-money laundering (AML) risk data as well as on-boarding screening solutions and a monitoring platform for know your customer (KYC) processes.

The regulation technology (regtech) specialist hit its stride when it comes to hiring soon after its Series B funding round of £30 million, led by Index Ventures in January 2019. It has more than doubled its workforce since then, from 100 to nearer 250, peaking with a week where the business made 13 hires.

Preserving the culture of the organisation is the priority for Rob Dickinson, VP of Ops at ComplyAdvantage. He does this by “clearly codifying and ensuring your culture is defined, to then use that in the recruitment process”.

In terms of the hiring process, ComplyAdvantage embarked on a wide-ranging training programme for all managers so that they were selling the company as well as possible during the recruitment process. They also built a list of “concrete questions to ask and example behaviours to measure against culture to get the right sort of people, not based on their background but if they hold the same values,” Dickinson says.

“[Then] we gather feedback and independently verify that score to avoid groupthink,” he adds, “if people felt the culture interview was poor we would turn people down on that, regardless of how much they need to fill that role.”

ComplyAdvantage did turn to recruiters when it was at its peak hiring velocity, but Dickinson admits this may have been a mistake. “We stopped that and used agencies for more complicated roles,” such as a sales specialist in the AML space. The company also uses executive search firms for more senior hires, “with varying degrees of success”.

In terms of diversity and inclusion, Dickinson says “diversity is more metrics, inclusion is how you behave as a company and that is what really matters”.

That being said he recognises that the company “could do better” especially at “the senior end of the organisation where we are very white male”.

“Awareness is part of the solution, so we had to go and proactively hire to fix that,” he adds. “We get the best people for the best roles but we haven’t cracked it yet at the senior level.”

As someone who has been through this process, Dickinson has one piece of parting advice: “Think before you hire.”

“There is a temptation after a raise and you have new board members and seemingly infinite capital and dreams and you just go and get stung in that excitement and build a large organisation and lose sight of the fundamentals of the company,” he says. “We suffered a little bit from that.” 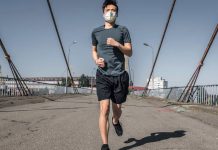 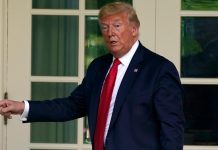 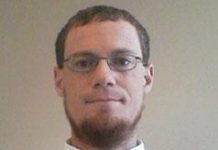 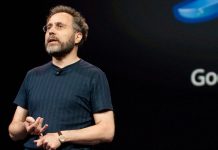 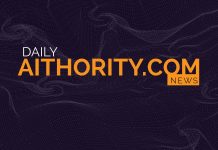 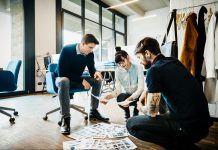 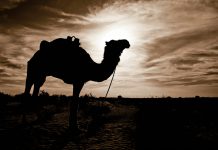 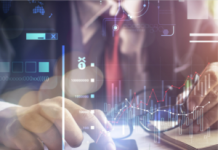 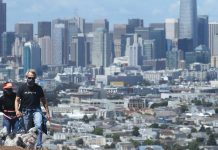 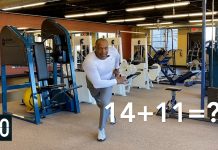