Sarmad Khoosat was having an early morning cigarette in Busan, South Korea, when he got the text. The Pakistani director and actor was in town for the world premiere of his second film, Zindagi Tamasha (Circus of Life). The country’s strict smoking laws meant he needed to find a discreet corner to light up. Then came a WhatsApp message from the Central Board of Film Censors back home.

Unlike most countries, Pakistan has not one but three film censor boards, all independent bodies who certify films according to their regional jurisdiction. Although the country’s film industry dates back to the 50s, Pakistan is best known locally and internationally for its television productions. Television dramas and serials are celebrated for their sophisticated scripts and nuanced depictions of family and societal strife. Efforts to jumpstart the film industry have been taken up in earnest by private television channels, independent producers and even the Pakistani army, which funds its own action-packed, jingoistic films.

Whatever Pakistan’s soft-power intentions might be, censor board restrictions have done the burgeoning film business no favours. At the height of #MeToo, the Central Board of Film Censors banned Verna, a film about a rape survivor, calling it objectionable. The ban was eventually lifted, but only after public outcry.

Still, Khoosat wasn’t concerned. His film had already been cleared by all three censors, even pulling off a U-rating from Punjab’s board. He was just waiting for a release date. Instead, he was told: there has been a complaint against your film.

It was based on a viewing of the trailer by the Tehreek-e-Labbaik Pakistan (TLP), an extreme-right party of fundamentalists. They wanted the film banned, calling it “blasphemous” – a potentially fatal charge eventually downgraded to “disrespectful of religious scholars” (of which there are none in the film) – and promoting anarchy, chaos and sectarian conflict. “There’s trouble coming your way, big trouble,” the inspector told Khoosat.

By the time Khoosat returned home, having won a major prize at Busan, a raging fire had been lit by the TLP. Khoosat spent the next year being harassed and threatened, the victim of a furious and seemingly tireless attack campaign. Although the film was screened for a committee of Pakistani senators, who recommended it be released, it has yet to secure the paperwork required for cinematic release in Pakistan. “Pre-Zindagi Tamasha, I was quite a loved screen person for most of the country,” Khoosat says over a video call. “It went from love to wanting to kill me.”

Khoosat, the son of an actor and comedian, the brother of a producer and playwright, was once the darling of the Pakistani entertainment industry. He directed Humsafar (Companion), Pakistan’s most popular TV drama in decades, lately brought to a global audience by Netflix. In 2016, Khoosat was awarded a Pride of Performance medal by the president for his contribution to Pakistan’s film and television industry. He made international headlines as an actor – playing a death row prisoner – in No Time to Sleep, a 24-hour performance streamed online on World Day Against the Death Penalty in 2018. And Zindagi Tamasha is now – amazingly – Pakistan’s submission to the Oscars.

It has a good chance of being shortlisted. It is an elegiac, haunting film about shame, social media and masculinity. It follows Rahat, a burly Punjabi man who enjoys local prominence as a singer of naats, religious paeans, until one day someone films an innocuous moment on their phone: Rahat dancing to a beloved Punjabi song, Zindagi Tamasha. Rahat is never vulgar, never lewd. For the brief moment that he sways clumsily to the song, he is not an old man caring for a bitter, unwell wife, but a young boy transfixed by the nostalgic pleasure of music and film. Yet the leaked video breaks his small world apart. Some people stop him for selfies, others spit at him and deny him the right to celebrate Eid Milad un Nabi, the birthday of the Prophet, no longer allowing him to sing the praise poems he has sung since boyhood.

Khoosat, who came to the idea of the film when he accidentally stumbled on a real-life video of a bearded Punjabi man who looked like a cleric dancing to Punjabi film songs on YouTube and then apologising for it, understood that this would be a film that asked difficult questions.

“I put my 18 years of experience into it,” he says. “I didn’t want to do anything sensational – all the dramatics were kept at bay.” He funded the film himself and kept the script secret, not allowing hard copies on set during certain scenes, mindful of the tense politics of Pakistan. Delicate is the word he uses again and again when we speak. Let’s be delicate, describing his process; it is a delicate film. It was filmed on location in Lahore, during the real-life celebrations of Eid Milad un Nabi in 2018, the camera rising above tight, dusty gullies as processions of people and traffic move under ghostly canopies of fairy lights and tinsel, conveying at once the crush of people and the loneliness of DVD sellers, transgender women and elderly men living secret lives in plain sight. The song from which the film takes its Urdu title plays every time someone watches Rahat’s viral video, creating a double effect: at once bringing to mind Rahat’s blissful happiness and, simultaneously, a dark foreboding of what it will cost him.

Zindagi Tamasha is arguably the most sophisticated film to come out of the subcontinent in recent years, filled with intimate details of poor, urban subcontinental life: the man sleeping on a hospital floor, covered by a thin blanket from home; the blank smiles of daytime TV hosts talking to quacks about whether or not bananas are good for digestion; the spicy, barbecued chicken wrapped in soggy newspaper and carried home in plastic bags.

Khoosat faced a prolonged campaign of death threats – his phone number was leaked and he was sent endless photos of decapitated heads. He was forced to write open letters to the government, even at one point contemplating releasing an apology video similar to the one his film’s protagonist is coerced into making. TLP’s head, Khadim Rizvi, vowed the film would be released over his dead body (he died in November and received condolences over Twitter from Pakistan’s prime minister, Imran Khan, a political ally). At one point there was even talk of having a cohort of mullahs review the film, an idea Khoosat had no problem with. “I was ready to do it,” he says, adding that it did not happen. “If I alienate my primary audience in Pakistan, that’s a big fail. This film was made with a very local heart for the local people.”

We speak during a break from shooting. Khoosat’s next feature film is in post-production and he is on set with a new project till late in the evenings. Due to Covid, the normally severe rules for Oscars submission were relaxed and films that were released online qualified. Zindagi Tamasha had a week-long geo-blocked-for-Pakistan release on Vimeo – but even that was frightening, given the vitriolic atmosphere. The film still lacks the paperwork required for release in its home country, despite being cleared by a yet bigger board of censors, and a committee of senators.

Overwhelmed with anxiety, Khoosat has since got tinnitus and gone deaf in his left ear. Still, he remains upbeat. Chin in hand, he smiles in the dark light of a computer camera. “I’m still finding my little margins in which to work.” 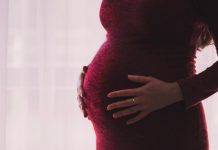 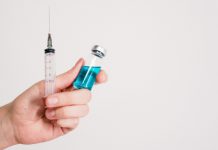 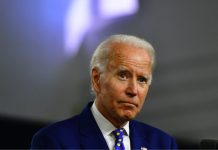 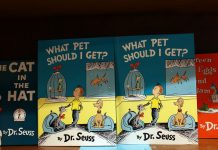 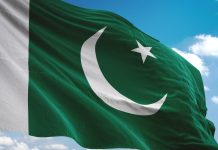 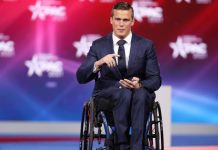 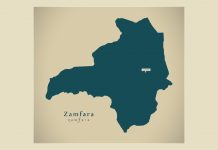 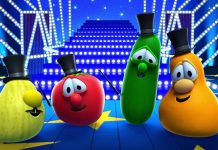 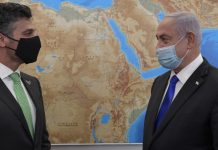 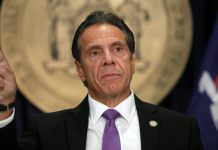