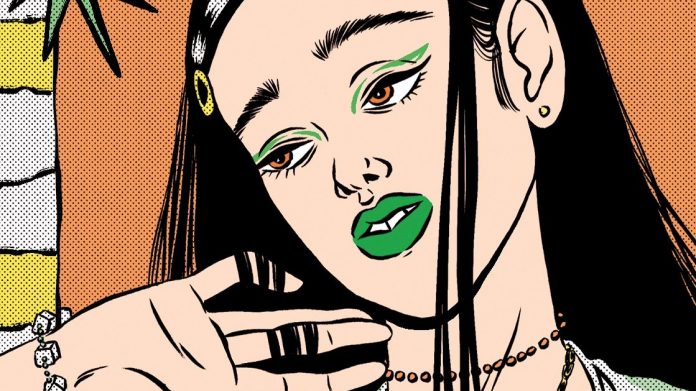 “Nini and I are very similar,” Olivia Rodrigo said. “She writes songs about boys and puts them on social media, and that’s totally something that I do in my real life.” Rodrigo was sitting in front of a mixing board, talking about the character she plays on television and the complicated ways in which her life and her art tend to resemble each other. It was 2019, and she was being interviewed in a Disney Channel program with a suitably recursive name: “High School Musical: The Musical: The Series: The Special,” a promotional vehicle (“The Special”) for her television show (“The Series”), which was about a bunch of students mounting a stage production (“The Musical”) of a popular Disney Channel movie from the two-thousands (“High School Musical”). Later in the special, cameras captured the show’s producer telling Rodrigo and her co-star, Joshua Bassett, that a duet they had written was going to be included in a future episode. “You guys have your song chosen, and it’s called ‘Just for a Moment.’ It’s going to be a giant hit,” he told them, and they shrieked with gratitude.

The producer was right, or nearly right. “Just for a Moment” was a hit, but the show’s real breakout song was “All I Want,” a solo written and sung by Rodrigo, who delivered the lyrics with a hint of vibrato and a tentative affect—as if, at any moment, she might take it all back. In character as Nini, or maybe not, she sang, quaveringly, “All I want is love that lasts / Is all I want too much to ask?” And then, in January, even that song was overshadowed by “Drivers License,” Rodrigo’s proper début single, a perfectly crafted howl of romantic resentment that became an immediate blockbuster—one of the most infectious pop songs, surely, that anyone will release all decade. It set streaming records on Spotify, and by the time it appeared atop the Billboard Hot 100 chart, a week and a half after its release, fans had already decided that they knew what it was about. Using clues gleaned from social media, they concluded that Rodrigo and Bassett had been dating, and that “Drivers License” was about how he had left her. “You’re probably with that blond girl,” Rodrigo sings, bitterly, and listeners imagined that she was referring to the actress and singer Sabrina Carpenter, who is blond, and who seemed to be friendly with Bassett. Like many great breakup songs, this one is both a lament and an indictment. A chiming piano evokes the insistent sound of a car asking its operator to shut the door. Singing for the prosecution, Rodrigo delivers her closing argument: “You said forever, now I drive alone past your street.” She is inviting fans to share her fury at the cosmic unfairness of it all, and evidently millions of them do.

The success of “Drivers License” spawned a small musical industry: the next week, Bassett released a spiteful song of his own (“Lie Lie Lie”), and, the week after that, Carpenter released one, too (“Skin”); even as “Drivers License” took over the world, Rodrigo and Bassett were on location together in Utah, shooting the second season of “High School Musical: The Musical: The Series,” which had its début a few weeks ago. Perhaps more important, “Drivers License” marked the launch of an impressive musical career: Rodrigo recently turned eighteen, and already she seems like the first major new pop star of this young decade. Her début album, “Sour,” is startlingly single-minded, and effectively so: eleven semisweet songs, almost all of them about love gone wrong. (Last week, it spawned another No. 1 hit, “Good 4 U.”) In interviews, Rodrigo is strategically coy about the meaning of her lyrics, but when she sings she uses every trick—high, breathless asides; half-shouted choruses; a micro-eruption of mirthless laughter—to assure us that we know exactly what she’s talking about.

The original “High School Musical” was big and broad, built around clamorous ensemble dance numbers; the most memorable character was Sharpay, a brassy and imperious rich girl, played by Ashley Tisdale, who was essentially a walking punch line. “HSM:TM:TS.” as some people call it, is kinder and more intimate, driven by closeup love songs and affectionate humor. The cast is diverse (Rodrigo’s heritage is partly Filipino), and just about every character is thoughtful and sweet, at least most of the time. At one point, during a rehearsal, Nini and a friend pause to pass judgment on Troy, the male protagonist in the original movie; the way he treated his love interest, they agree, was “kind of unforgivable.” No doubt this updated sensibility reflects changing cultural expectations. “Gossip Girl,” another television hit from the two-thousands, is currently being rebooted for HBO Max, and during a recent Twitter exchange Joshua Safran, an executive producer of both the old series and the new one, explained that the 2021 version would have some strict rules: “No slut shaming. No catfights.” When some people wondered what, exactly, would be left, Safran suggested that the characters would still be doing “devious things”—just nothing unforgivable.

In an era of increasingly sensitive teen drama, what is a breakup song supposed to sound like? Boys who sing songs about perfidious ex-girlfriends risk sounding like jerks, or worse. Juice WRLD, the chart-topping singer and rapper who died from an overdose in 2019, at the age of twenty-one, was known for heartsick songs that sometimes traded on old clichés of feminine deceit: “I was tangled up in your drastic ways / Who knew evil girls had the prettiest face?” In the case of Rodrigo, who was seventeen when “Drivers License” detonated, lyrics about a cruel ex might call to mind a different possibility: that the girl in the song requires not just commiseration but protection. There are worse things, after all, than heartbreak, even though a singer like Rodrigo can make you temporarily forget that. “Sour” is fun partly because Rodrigo’s complaints are so specific, and so non-actionable:

And maybe I’m just not as interesting as the girls you had before
But god you couldn’t have cared less about someone who loved you more
I’d say you broke my heart, but you broke much more than that
Now I don’t want your sympathy, I just want myself back.

The joy of a great breakup song is the joy of magnification, of hearing a familiar romantic tragedy blown up to world-historical proportions. The girl in the songs can’t believe that her ex-boyfriend is playing Billy Joel for someone new. “I bet you even tell her how you love her, in between the chorus and the verse,” she sings, and you can understand her dismay: imagine realizing you had subjected yourself to such a maneuver in vain.

As she mentioned in that special, Rodrigo used to post snippets of songs on Instagram. One of her greatest assets is her ability to create the illusion of intimacy: a cloud of multitracked vocals will disperse, or a buzzing riff will hush, so that we can hear the sound of fingers moving on the fret board, or the sound of Rodrigo’s breathing, getting ready for the next indictment. Rodrigo worked with the songwriter and producer Dan Nigro, who previously helped a rookie singer named Conan Gray create one of last year’s best début albums. (It was called “Kid Krow,” and it was stocked with swooning laments and neat dance tracks.) Together, Rodrigo and Nigro ransack the recent history of emotional pop: one song deftly evokes the fizzy, defiant spirit of Paramore, and several evoke Taylor Swift in her accusatory heyday. Rodrigo’s album, much like her television show, cleverly mines short-cycle nostalgia; both seem designed to make relatively young listeners feel absolutely old. She has said that she wrote “Drivers License” after a drive, during which she had been crying and listening to one of her favorite songwriters. That songwriter turned out to be not some ancient hero but Gracie Abrams, a rising star who is only twenty-one, and who has yet to release a début album of her own.

Rodrigo has been famous since she was thirteen, when she began playing a character named Paige on a Disney Channel show called “Bizaardvark,” which was nearly as meta as “HSM:TM:TS.” (It was about two girls who find growing fame by making viral videos; in the third episode, Paige and her friend learn to contend with online “haters.”) Rodrigo’s current alter ego, Nini, is gifted and soulful and slightly anxious—but she is also, literally speaking, a Disney character, which means that Rodrigo is already looking for ways to de-Disneyfy herself, at least slightly. In the climactic moment of “Drivers License,” she declares, “I still fuckin’ love you, babe,” a slightly awkward line that works because it doesn’t sound written—in fact, it almost sounds improvised. Not long after the song’s release, Rodrigo told an interviewer from W that her use of profanity wasn’t a stratagem, but she conceded that it might nevertheless be helpful to her. “If that naturally sort of separated me from the Disney archetype?” she said. “That’s cool.”

There used to be a general perception that teen pop music was destined to boom and then fade, as its fans grew up and grew out of it. But a song as big and as sturdy as “Drivers License” tends to stick around for years, even decades, no matter what happens to its creator. It’s easy enough to see how Rodrigo benefitted from the popularity of her show, and from the irresistible drama of three teen idols who seem to be singing songs about one another, and even from the hothouse environment of quarantine, during which people have spent lots of time watching television and making things go viral. But with “Sour” it’s easy to see, too, that Rodrigo has a knack for turning herself into a memorable protagonist, and for creating pop songs as memorable as the ones they borrow from. She probably won’t spend the rest of her life making breakup albums, even if some of us rather wish she would. And before long Rodrigo may well be inspiring short-cycle nostalgia of her own. Many high schools’ worth of listeners, by no means only teen-agers, will probably always think of “Sour” as the sound of this moment—2021: The Year: The Album. ♦ 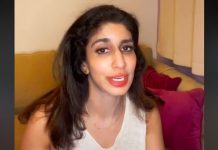 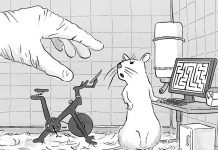 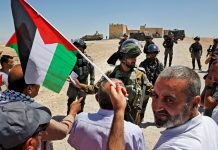 Netanyahu’s Likely Departure Is Not Easing the Fears of Palestinians 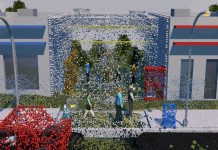 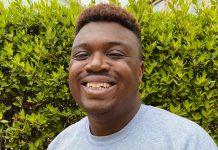 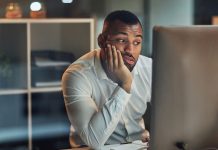 Compelling Reasons to Return to the Office 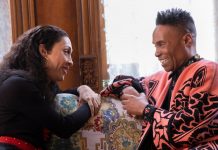 The Pose Finale Was a Joyful Tribute to Queer Resilience 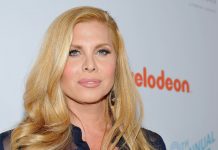 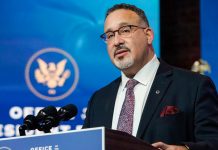 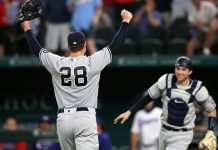 An Ode to the No-Hitter 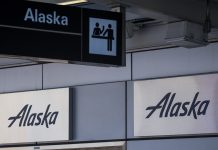 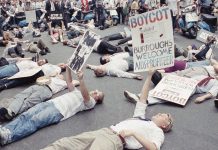 The Early Days of ACT UP, and Its Lessons for Today’s Activists