Every evening at 8pm and 8.15pm, two ferries leave the port of Naples and cut their way across the inky Tyrrhenian Sea to Palermo. The one that leaves second arrives first, at 6.45am, while the other docks at 7.30am, or thereabouts. We are always late booking travel for our annual summer trip to my partner’s hometown in Sicily, so take whatever we can get. And 45 minutes is unimportant when summer is before us. Also it means we can sleep longer in the cabin, we tell ourselves. Of course, we don’t sleep longer. We are up on the deck watching the day arrive and the port, with its backdrop of heaving mountains, get bigger. Our appetites grow, too, as we near the island, and for one thing – arancini.

And not just any arancini, but those from a bar a couple of kilometres from the port on Via Simone Gulì. Our car, an old boxy Fiat Panda, knows the route well, and scuttles down the ferry ramp, past the prison and port workshops to the yacht harbour, Marina Villa Igiea. On a main road, near the busy port and surrounded by apartments, Bar Turistico is, at 8am, as bright and angular as a 1980s hairdo, full of locals, port workers and tourists, the air thick with the scent of coffee.

Half of the bar’s long glass counter is filled with sweet things: icing sugar-dusted cornetti and iris, local deep-fried pastries filled with ricotta or chocolate cream. The other half of the counter is savoury: slightly sweetened yeasted bread filled with cheese, sausage, ham or béchamel. Then there are the arancini, deep-fried spheres of rice surrounding a heart of butter and cheese, or – my favourite – ragù with peas.

The Palermo version of this is an arancina (feminine, plural arancine); in Catania on the other side of the island it is an arancino (masculine, plural arancini) and instead of a ball is a more conical shape, inspired by Mount Etna. In Sicilian dialect they are also called arancinu. All three mean the same thing: “little oranges”, and are all fried, filled rice balls (or cones). Their story can be traced back to the 10th century, when rice and saffron were introduced to Sicily under Arab rule.

They have been our introduction to summer in Sicily for five years now, ever since roadworks sent us on a detour and we discovered arancini nirvana – the size of a cricket balls with a clot of chestnut coloured ragu in the centre. Over the course of the summer we’ll eat dozens more arancine/i/u, but none come close to Bar Turistico’s, eaten at blue plastic tables with the port just behind us and the summer ahead. It’s the starting gun for the holiday – the ritual that says we are really here.

The important thing is to mould the rice carefully in your cupped hand to create a hollow that holds as much ragù as possible, and then close the mould carefully, shaping it as if you were cradling a ball. They should be the size of a tennis ball.

For the rice
2 litres of beef or vegetable stock
1 packet (around 0.8g) of saffron
Salt and black pepper
600g risotto rice (carnaroli or arborio)
60g butter
60g grated pecorino or parmesan cheese (or a mix)

Make the ragù. In a heavy based pan over a medium heat, fry the chopped vegetables and herbs in olive oil until soft and translucent. Add the meat, using the back of the spoon to break it up and cook until completely browned. Add the wine, increase the heat and allow to bubble, then add the passata, salt and pepper. Turn the heat down, then simmer for at least an hour. Add the peas in the last 30 minutes. Once the mixture is thick and rich, remove it from the heat, taste and adjust seasoning, and allow to cool.

Put the broth in a large pan, add the saffron and bring to the boil. Add the rice and cook until all the stock has been absorbed and the rice is cooked. Beat in the butter and cheese. Leave the rice to rest until cool enough to handle. Meanwhile, have the pan of ragù ready, and a large tablespoon or serving spoon to measure out 50g of the mixture.

Take a handful of rice (approx 100g) and put into your cupped hand; use your other fist to press and shape the rice into a cup just a few millimetres thick. Put a nice big spoonful of ragù and cube of mozzarella in the hollow, then cup your hand and mould it into a ball, using another 30g or so of rice. Press and smooth into firm ball.

Dip the ball first into the beaten egg, then into the breadcrumbs. Leave to rest for at least 30 minutes and up to 24 hours in the fridge, taking it out at least an hour before you cook.

Heat the oil to 180C, then deep-fry the arancini for 6-8 minutes, depending on size, or until deep golden brown. Blot on kitchen paper and serve while still hot. 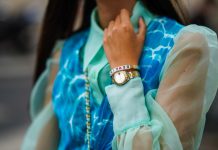 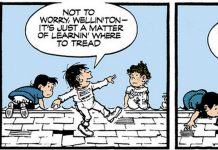 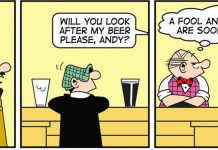 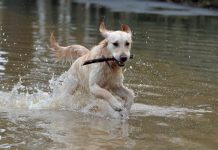 Roy Green: We don’t deserve dogs, but we are blessed to have them 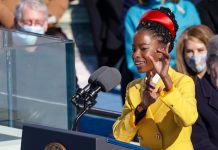 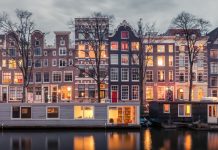 Travel to Amsterdam Through Films, Music, Food and More

Recommitting to resolutions: how to stay on track when things get busy 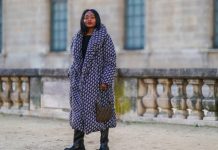 How to stay warm and stylish during a Canadian winter 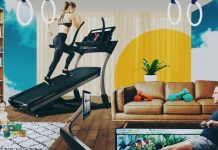 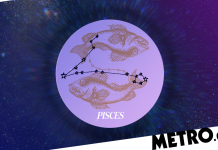