How High Net Worth Donors Of Color Are Changing Lives


The Donors of Color Network (DOCN), a cross-racial community of donors of color, recently launched a report that highlights the giving practices of high net worth donors of color. Because 92% of Black and Brown families have less wealth than White families, these donors are largely invisible in philanthropic circles. However, their impact is vast and crucial to communities of color and beyond.

According to the new report — Philanthropy Always Sounds Like Someone Else: A Portrait of High Net Worth Donors of Color — these donors have been a “transformational change in social philanthropy.” How? Their life experiences, vision and approach to leadership are needed in this moment — a moment described by the report’s authors — Hali Lee, Urvashi Vaid, and Ashindi Maxton — as “an historical moment in which the salience of race and racism to every institution and system in U.S. society is glaringly evident, and in which new ideas and solutions are urgently needed.”

The report focuses on 113 high net worth donors of color across 10 U.S. cities. These individuals “experienced migration and exile, transcended racism, and barriers, invented new ideas, and worked hard to build businesses, families, careers, innovations” and are leaders in many of these communities. Together, the donors gave $56 million, with median annual giving of $87,500. Of note, there was significant variation in the level of giving that donors reported. Nearly 30% reported annual giving of up to $50,000. Twenty-five percent reported giving between $50,000 and $100,000, and 15% reported giving between $150,000 and $300,000. Over 20% of the donors reported annual giving of more than $300,000 a year, with 55% of this group giving more than $1 million a year. This last group of donors surprised the report’s authors as the they came to the project assuming that they would not be able to locate ultra high net worth donors — those with over $30 million in liquid assets — because these individuals can be somewhat elusive and not active in various philanthropic social networks.

More than 80% of the donors featured in the report earned their wealth themselves. Most experienced a change in socio-economic status in their own lives and had come from families or communities that were low-income. A mere one in ten had inherited wealth. Of note, according to a study by the University of Pennsylvania’s Wharton School, White families inherit five times more than Black families and six time more that Latinx families.

Overall, donors of color gave to family (although they didn’t consider this type of giving philanthropy), political causes and candidates (although again, some of this giving is not considered philanthropic under the law), and to charitable organizations. The highest priority for donors was education. Social justice, women and gender rights, and health were also high priorities. These findings are consistent with previous research related to donors of color. Of particular importance, these donors of color shared that their “motivation to fund social justice is not episodic nor determined by a moment of crisis but reflects a lifetime of experience with race-based (and for women, gender-based) discrimination.”

Despite the important work and contributions of donors of color, most of those profiled in the report, talked of often being the “only one in the room,” meaning that they are often the only person of color in a room of White high net donors. Moreover, they shared the experiences of racial discrimination that they have ensured while navigating philanthropic circles. More specifically, “Nearly everyone shared personal stories of racism, discrimination, and bias based on the color of their skin, country of origin, religion, or accent.” Regardless, these donors are determined to have an impact on communities of color and to make substantive change in the world.

As Isabelle Leighton, the Interim Executive Director of the Donors of Color Network, reminds us, “Donors of color have long been on the frontlines of our most pressing issues, including everything from racial justice to the climate crisis. Philanthropy needs to move toward a future that reflects our country’s diversity and the growing influence and wealth of our communities. The current state of white-centered philanthropy consists mainly of idealistic statements and very little action. If we want to move our racial and social justice goals forward with the full force of our collective power, we must prioritize the perspectives and assets that donors of color bring to the table.” 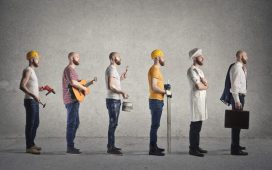 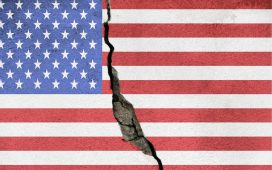 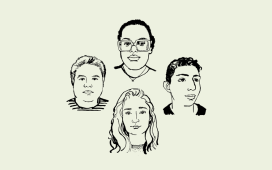 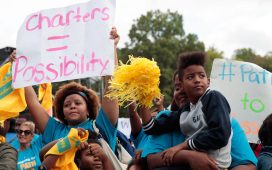