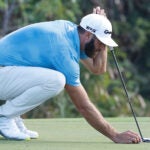 Dustin Johnson lines up a putt on the 5th green at the Plantation Course at Kapalua.

Dustin Johnson, during the first day of matches at the 2016 Ryder Cup, is looking over a putt at Hazeltine National in Minnesota with his caddie and brother, Austin. Johnson calls over his playing partner, Matt Kuchar, for a look. Kuchar calls over his caddie, John Wood, for a look, too.

“I went in and did my aim point, where I kind of feel the slope with my feet instead of my eyes,” Wood said during Golf Channel’s coverage of Thursday’s first round of the Tournament of Champions, Wood’s first tournament as an analyst. “As I was doing it, DJ got in there and was looking like he was ready to go so I backed off.

“I said, ‘DJ, are you ready?’ And he said, ‘No, no, do that foot thing.’ And ever since then, AJ has learned that ‘foot thing,’ and I think he has become one of the best green readers out here.”

DJ and AJ eventually incorporated the technique where a person, in their case AJ, uses their feet, eyes and fingers to read a putt. (GOLF’s Zephyr Melton and instructor Erika Larkin break it down fully — and in 30 seconds! — here.) Adam Scott, Justin Rose and Stacy Lewis are also among the aim point adherents. In the 2017 PGA Tour season, DJ tied for 96th in the Strokes Gained: Putting metric; in 2020, he ranked 48th.

As Wood and Rohlfing talked, Dustin and Austin lined up a 25-foot putt on the 3rd green at the Plantation Course at Kapalua. DJ first crouched behind his ball for a read, then he and AJ walked toward the hole. AJ stopped about 10 feet short, aim-pointed, walked back to the ball and aim-pointed again as DJ walked behind the ball and crouched down for another read. On his way back to his putt, DJ stopped midway for a view of the line to the right of the ball. DJ then stood behind his ball and AJ waved at the 10-feet-short-of-the-hole area before DJ took his putt. The whole process took about a minute, and DJ and AJ talked throughout.

“They’ve hit on a really good routine of DJ looking at it with his eyes, AJ feeling it with his feet, and they come to a nice conclusion usually,” Wood said on the broadcast.

At the Masters, Dustin was asked if Austin’s read ever wins out when they disagree. 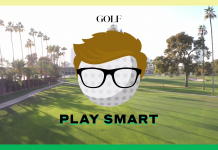 How much spin do new wedge grooves ACTUALLY add? 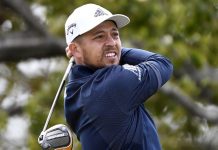 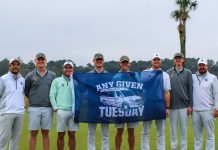 With a veteran back in the lineup, Coastal Carolina opens spring with Any Given Tuesday title 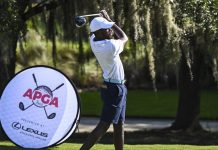 'This isn't the end of my story:' Kamaiu Johnson withdraws from Farmers Insurance Open after positive COVID-19 test 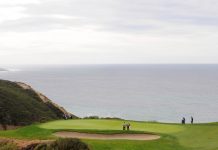 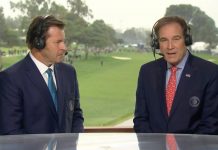 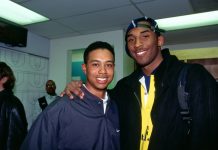 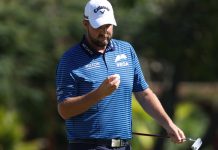 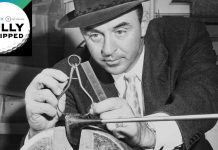 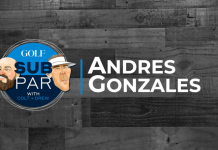 Andres Gonzales Interview: Gambling in Vegas with Charles Barkley, why he started tweeting at Tiger Woods 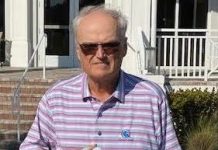 Florida golfer makes two holes-in-one in the same round 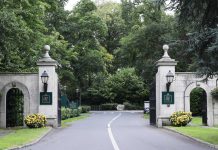 Here's how to land an invite to a fancy golf club, according to low-handicappers