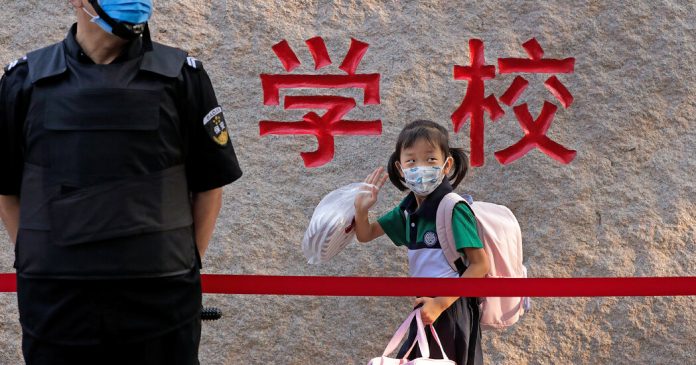 As countries struggle to safely reopen schools, China is harnessing the power of its authoritarian system to offer in-person learning for its vast population of students — including 195 million students in kindergarten through 12th grade at public schools.

On the first day of school in Wuhan, where the coronavirus first emerged, officials reviewed the students’ travel histories and coronavirus test results. Local Communist Party cadres made sure teachers followed detailed instructions on hygiene and showed an “anti-epidemic spirit.”

The country has adopted many of the same sanitation and distancing procedures used elsewhere, but it has rolled them out with a forceful, command-and-control approach that brooks no dissent. It has mobilized battalions of local officials to inspect classrooms as well as to deploy apps and other technology to monitor students and staff members.

“The system is run like a military,” said Yong Zhao, a scholar at the University of Kansas who has studied education in China. “It just goes for it, no matter what anyone thinks.”

China’s all-out push is a stark contrast with the United States, where an absence of a national strategy or comprehensive testing has left school districts to craft their own approach, teachers’ unions have threatened to strike and college students have flouted rules against gatherings.

In China, where the virus has largely been under control for months, there is no such debate. The party controls the courts and the news media and quashes any perceived threats to its agenda. Local bureaucracies have little choice but to obey the orders of the all-powerful central government. Independent labor unions are banned and activism is discouraged. Administrators have corralled college students inside campuses, forbidding them to leave school grounds to eat or meet friends.

Many K-12 schools are already short on staff and resources, and educators say they are struggling to keep up with long lists of virus-control tasks. Some teachers are rising at 4 a.m. just to review protocols.

At public universities, which serve some 33 million students in China, anger has erupted over campus lockdowns that target students while exempting faculty and staff. Officials have also prohibited students from receiving takeout meals and packages.

The latest on how schools are reopening amid the pandemic.

“Do you plan to lock us up for life?” complained a sophomore on Weibo, a microblogging site.

In New York City, more than 100,000 children are homeless — more than the entire school populations of Boston, Indianapolis and Rochester combined. The pandemic made bad conditions worse, threatening an enormous wave of new families without permanent housing when eviction moratoriums expire.

Now, unhoused families feel forgotten and aren’t sure if their children will be able to learn remotely from shelters.

Samantha M. Shapiro, a contributing writer for The Times Magazine, spent the last two years speaking with over a dozen homeless families. On the latest episode of The Sunday Read, she explores the lives of children living in the city’s shadows. Listen to her narrated story.

Sign up here to get this newsletter in your inbox.

David Hume was a complex man. Erasing his name is too simplistic a gesture | Kenan Malik 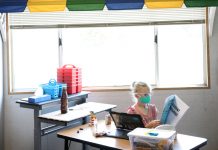 How One District Got Its Students Back Into Classrooms 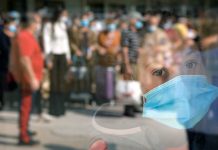 Romanian families protest mandatory use of masks in school 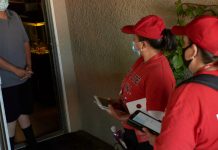 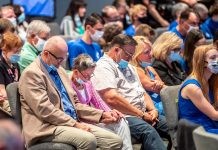 Evangelicals at base of Trump hopes for Pennsylvania repeat

‘Seeing my son’s development was incredible’: the parents sticking with home schooling beyond lockdown 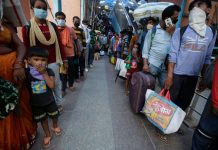 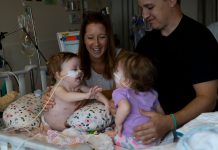 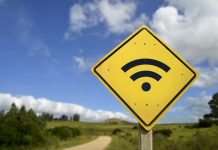 Is It Time For The Internet To Be A School-Managed Public Utility?